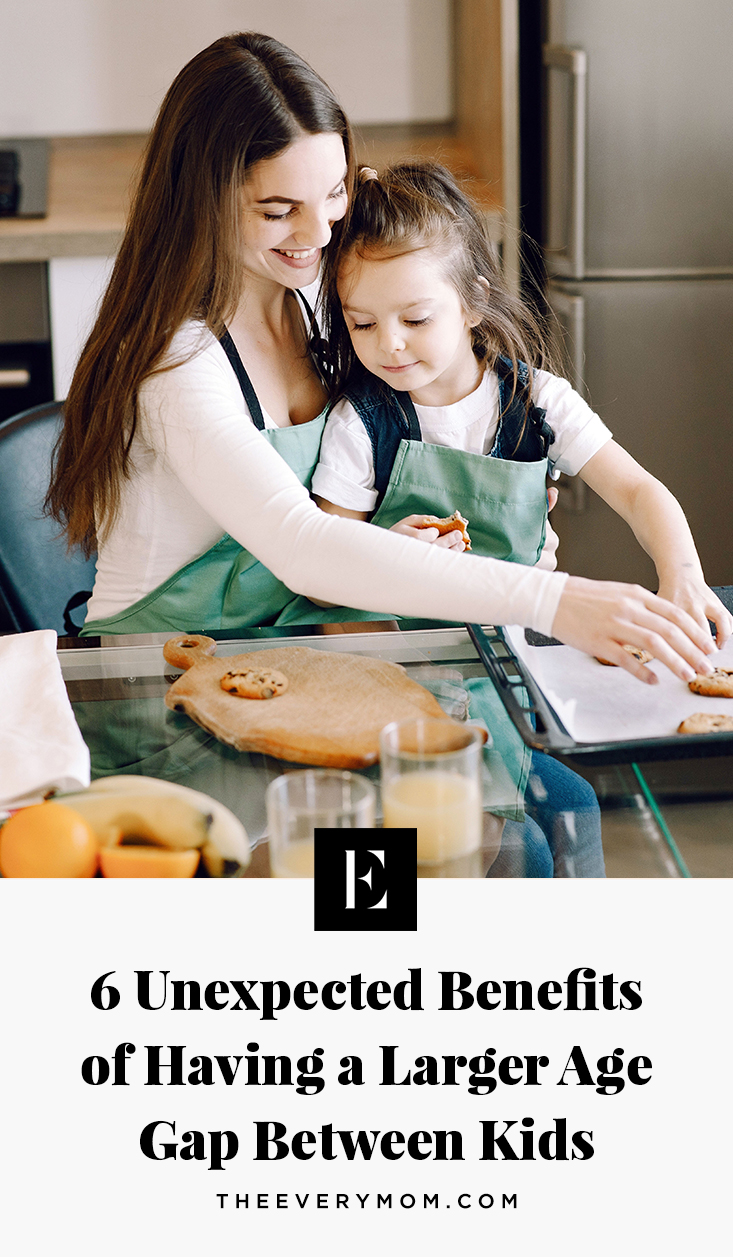 My daughter is 5.5 years old and currently an only child. It was never our intention to have an only child for so long, but for a variety of reasons, that’s how it turned out to be. In fact, I always planned on having two kids very close in age so they could grow up together.

However, as we start to plan on expanding our family in the near future to (hopefully) be a family of four, I started thinking about all the unexpected benefits of our long only-child period. It isn’t the family dynamic I initially planned, but it provided some positives I ended up really enjoying—read on for six things I’ve learned about having a larger age gap between kids.

1. I’ve had enough time to find my groove in parenting

I’ve had years to figure out what routines and rhythms work best for our family. We’ve divided up the tasks of bedtime, bathtime, drop-off, pick-up, etc. in a way that works well for us. We’ve set up routines for meal prep, household chores, and running errands that are, so far, standing the test of time. I know adding a second kid to the mix will still rock our world, but I think having figured out what schedule works well for our family will help the transition a lot.

2. My daughter and I have had so much time to bond

After more than five years of being the only kid in our family, my husband and I each have had so much time to bond one-on-one with our daughter. I know so much about her temperament, likes, dislikes, fears, and favorites. I’m sure there will be extra emotions when a second child comes along, but I also think it’s been so special to be able to bond so much with my first. And this could help us out when we are stretched for time in the future. I think, ultimately, it will have a positive impact on our relationship when another child enters the mix. 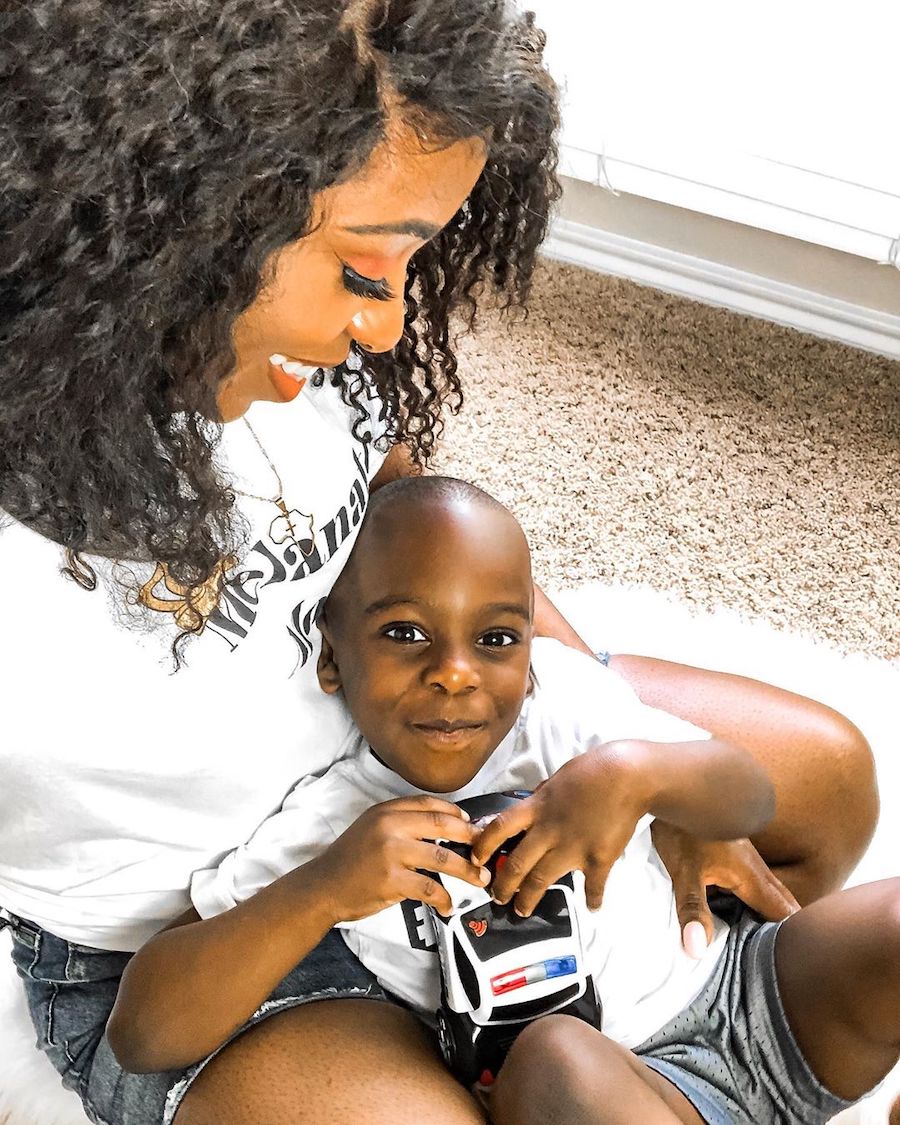 3. My daughter has had so much “her” time

Our daughter has had so much focused time with us. I think one day she’ll look back at all our early adventures together fondly. A future second child will then get more focused time together on the back end with us, and I hope those times are equally as special.

4. We’re minimizing the impact of the difficult early stage

I think there are a lot of benefits to having kids close in age and having your kids in this hands-on stage at the same time. However, I think for my personal temperament, I’ll have an easier go with going through it one at a time. My daughter’s growing into a more self-sufficient child, and I think it will be easier for me to deal with the hands-on stage of a new baby while not needing to be so hands-on for an older sibling.

5. We’re spreading out the high cost of childcare

Our daughter is in a full-time daycare center right now, and it’s expensive. We like the option of a daycare center instead of in-home childcare because of the reliability of coverage and extended hours. However, paying this bill for multiple children at the same time would really be a hit to our finances. Our daughter will be in kindergarten this fall, so she will be out of daycare before a future child starts, allowing us to only pay one childcare payment at a time. 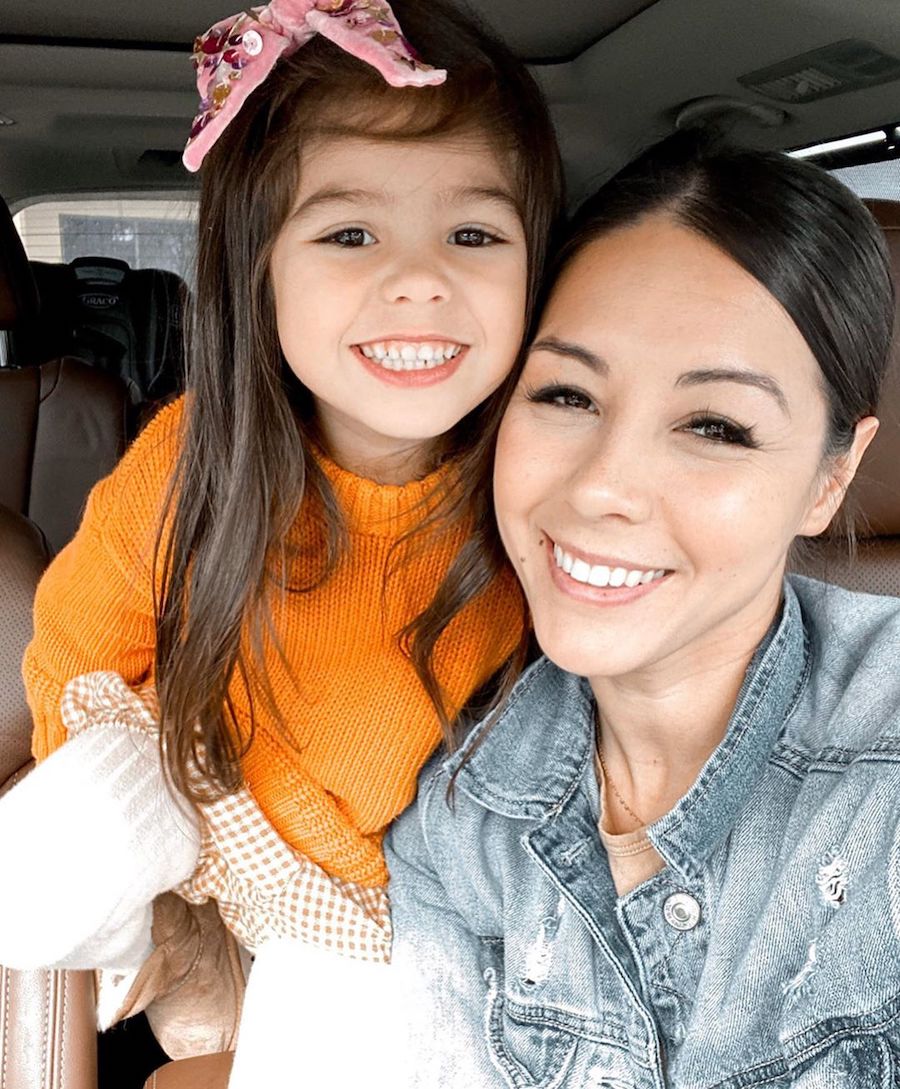 6. We’ve enjoyed a lot of mobility

I don’t know this for sure, but I’m assuming it’s easier to be out and about with one kid instead of multiple. We’ve been able to spend more time traveling and on other activities we enjoyed from our pre-kid life. It’s overall easier to just bring one kid along and also easier to get a babysitter for just one.

I know there are tons of benefits of an alternate arrangement, and sometimes I still wish my kids could be closer in age, but I’m glad for my experiences. If anyone else is facing a longer-than-planned-for gap in children as well, hopefully, you are at least able to enjoy some of these benefits as well.

What are the unexpected benefits of your family dynamic?