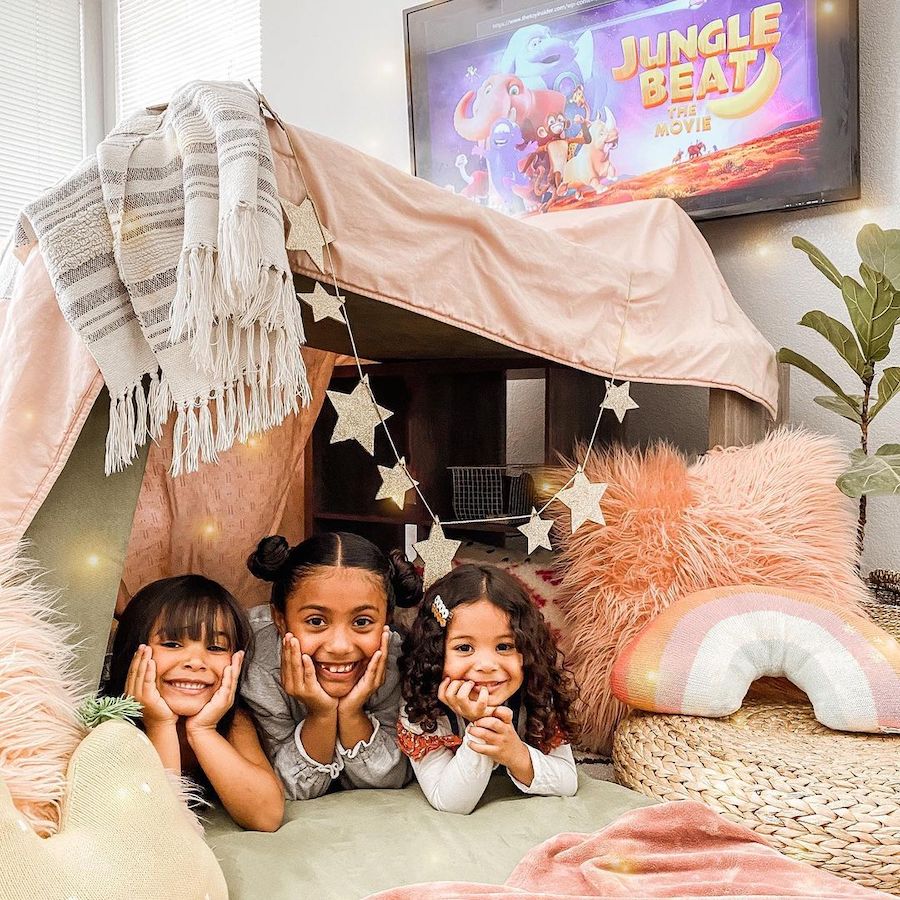 I don’t know about you, but the kids in my life are almost always asking to watch the same show/movie/YouTube unboxing video a few too many times. And in those moments when I hear the familiar intro music cue up again, I can’t help but think, “Isn’t there something else they can *@$%-ing watch?”

Well, we’ve got you covered. Every month, Netflix does us all a solid and releases new content, including new Netflix original family movies and shows, newly licensed family movies, and new seasons of popular kids’ shows. When the first of the month hits, you’ll feel like your family’s streaming options are endless—until it’s time to memorize a whole new set of songs, jokes, and whatever else your kids will be repeating for the foreseeable future.

This month adds some summer-themed shows along with some old favorites. Here are some of the best family movies and kids’ shows on Netflix this summer.

This family-friendly game show is inspired solely by kids’ imaginations. The basis is in the title: The Floor is Lava (or, in this case, gooey slime). Contestants make their way through an obstacle course and avoid falling to the floor to win a cash prize by the end of the episode. The show is all about pure, entertaining fun, and it’s good to put on to have a guaranteed laugh with the family.

An “action-packed” superhero show for kids, Action Pack follows a group of heroes and their teacher-mentor as he guides them through the process of what it takes to be a hero. Along with a robotic dog, Plunky, the gang exemplifies what it takes to work together and find the good in all things.

Based on the Colorforms, an original classic toy that originated in the 1950s, this children’s show teaches kids all about colors, shapes, and sizes. Telling different stories using these mediums, the show also utilizes the audience to help solve whatever problems or story they are trying to tell.

Featuring the Angry Birds’ beloved crew at summer camp, the birds get into summer antics as the second season makes its debut. With outdoor activities such as dodgeball and waterslides, the lighthearted, competitive nature of the gang shines through and shows true team-building skills.

Ten-year-old Max and his best friend, Sharkdog, are constantly getting into crazy antics. It makes sense, since Sharkdog is essentially half shark, half dog. Together, the two truly go through zany adventures yet grow together at the same time.

Six teenagers attend an adventure camp on Isla Nublar, not expecting dinosaurs to wreck havoc across the island. Together, the gang has to work together to survive and protect not only themselves but also the rare species they’re encountering.

Seasons two and three of this classic Nickelodeon skit show come to Netflix in June. It’s refreshing to see how some of our favorite comedians today had a passion for comedy at a young age. 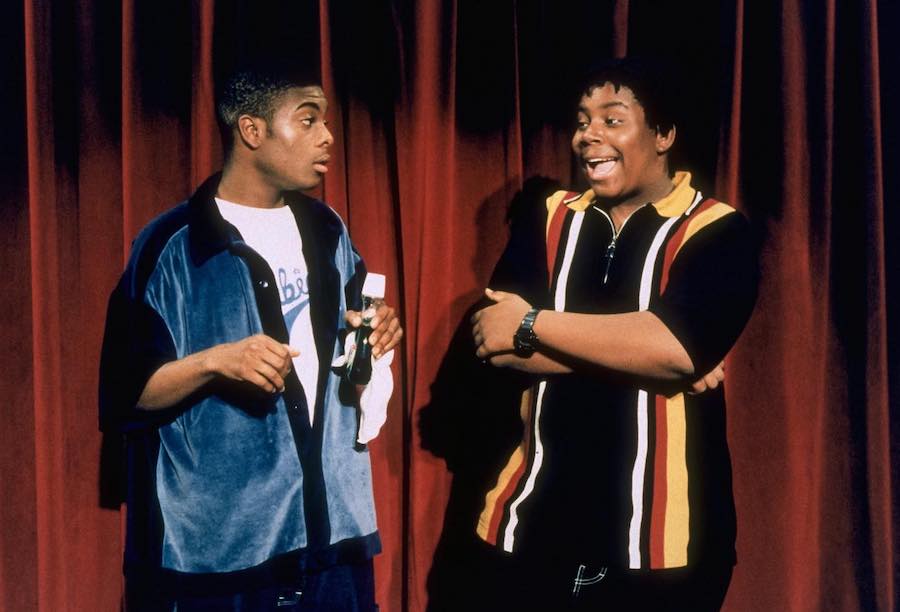 Another Nickelodeon classic turned-modern-reinstallment, Kenan & Kel (longtime SNL cast member Kenan Thompson and Kel Mitchell) follows two best friends as they get into zany situations together. It highlights relying on a best friend in your life and serves as a laidback sitcom to enjoy.

Zoey (Jamie Lynn Spears) lives at boarding school with her best friends. Follow along as they navigate life as teenagers and encounter lighthearted teen topics, from romance to friendships to academic struggles.

Ned Bigby and his friends show the highs and lows of navigating middle school. When you’re sticking to Ned’s uber-specific guide, you’re sure to find some laughs and actual great advice along the way.

This feel-good children’s movie is enjoyable for the entire family and follows koala Buster Moon and his cast of extremely talented animal performers as they attempt to become the next big thing. However, they need the help of an elusive, longtime-retired performer, and they go through all the ups and downs to get him on their side. Full of iconic classic songs and modern favorites, Sing 2 is a powerful story for everyone to love.

For the hero lovers in your life,  The Amazing Spider-Man starring Andrew Garfield is an excellent take on the hero we all know and love. It’s emotional and unique in its own way and an entertaining watch for the whole family.

Based on the 1995 novel Northern Lights by Philip Pullman, The Golden Compass stars Dakota Blue Richards, Nicole Kidman, and Daniel Craig in a fictional fantastical world where human souls take form in animal bodies. Richards’ character, Lyra, sets out to save her friends after a series of disappearances. This adventure movie is all about epic quests, friendship, and saving the world.

This animated film is all about awesome adventure. Legendary monster-hunter Jacob Holland is the best sea-creature slayer there is. When there’s a young stowaway on his ship, the two embark on an unimaginable journey. If the trailer alone doesn’t motivate you to watch, I don’t know what will.

Rise of the Teenage Mutant Ninja Turtles: The Movie

Who doesn’t love a Nickelodeon film? The beloved Ninja Turtles find themselves face to face with someone from the future and have to band together to protect the world from an evil alien species.

Twelve-year-old Evan navigates life as his parents are getting a divorce and he prepares for his Bar Mitzvah. The musical takes on a film format as it arrives to Netflix and is a definite fave for any young musical aficionado. 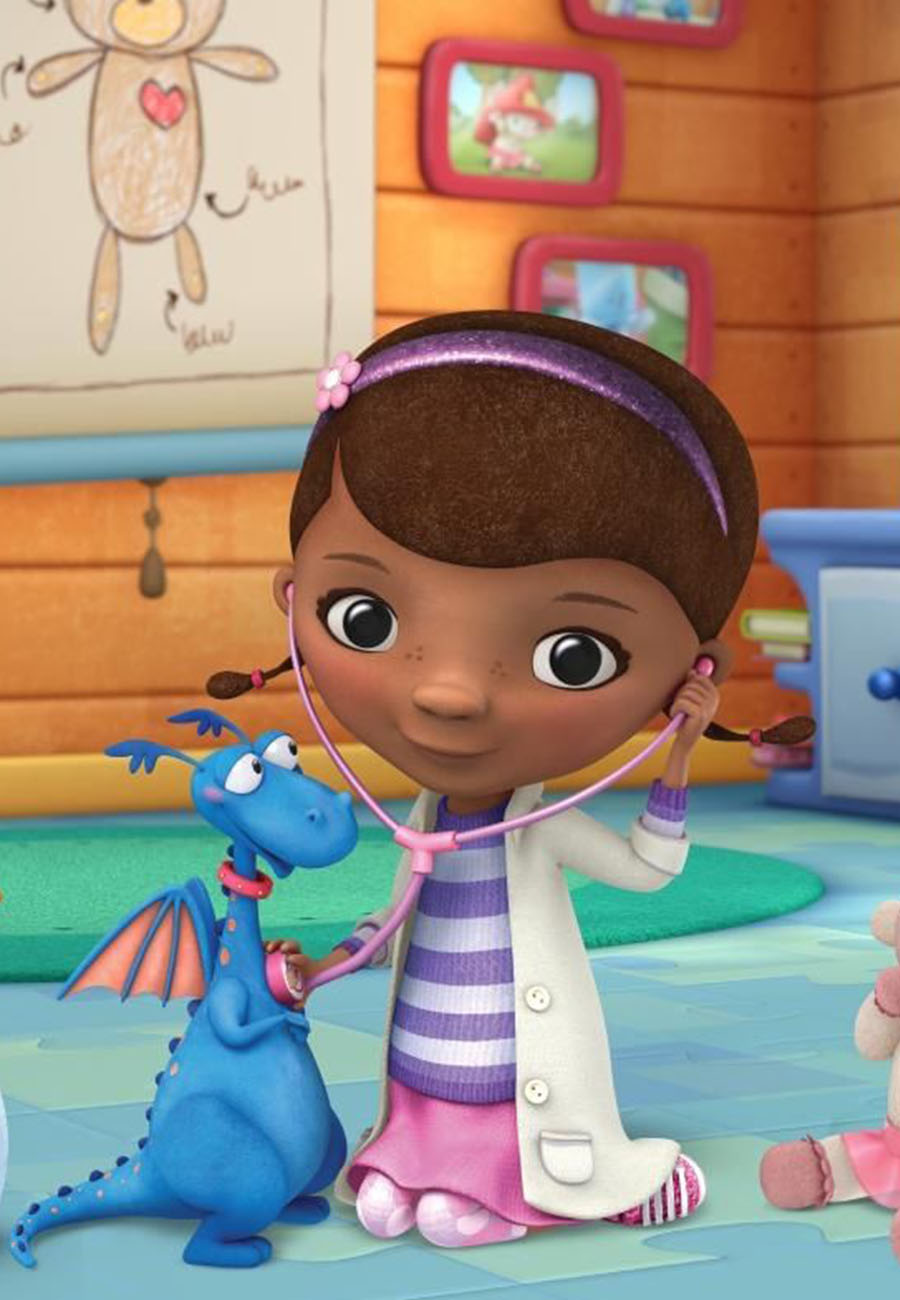