I had always heard women talk about how once they became a mom, they never had another moment to themselves. The simplest thing, like taking a shower, was hard to do.

But I really love showering. And as a new mom that was covered in spit-up 90 percent of the day, showering was one of the only activities that made me feel human. I couldn’t give up my precious daily showers. During the early weeks with a very sleepy newborn and family visiting to hold her, I was able to take my daily shower (sometimes I even showered twice; during recovery, it really made me feel so much better).

But then our visitors left, and eventually, my baby started moving. With a squirmy baby starting to crawl, the reality sank it. I finally understood what all those moms were talking about. I’d never shower again! Any nap time moment of freedom was precious, and I had to decide if I’d use it to eat something, get work done, do a mini-workout, or shower. Showering was suddenly was low on my priority list. And actually, my baby would typically wake up before I even made a decision of which activity to do.

I did have one item that helped me to get things done and to keep my daughter in one place, and that was her Babybjorn Bouncer. When she could crawl (but not yet walk), she was obsessed with this bouncer and could happily sit in it for quite a while. Realizing this, I began lugging it all over my house. I’d drag it into the bathroom so I could shower, into my bedroom when I needed to get dressed, around the kitchen while I prepared a snack, and through the living room when I had to respond to an email.

This worked, but it wasn’t so easy to carry a baby and the bouncer all over our house, including up and down the stairs several times a day. Then, I remembered we had many other items, similar to the bouncer, stashed away in a closet. They were hand-me-downs, and let’s just say some weren’t as aesthetically pleasing as the Babybjorn (I’ll let you be the judge of that). But actually, all of those extra seats were about to serve a purpose.

I strategically put a bouncer or seat in the various rooms of our house. One would live in the bathroom, one in the living room, and one in the kitchen. By having these items spread across the house, I’d have a safe place to put the baby down so I could get a few things done. Maybe it only bought me a few minutes at a time, but all of those moments are important when you’re a new mom.

If you’re offered hand-me-down bouncers or seats, accept them all, even if you don’t expect to use them. At some point, your baby will start wiggling around, and all those seats may come in handy. And when your baby outgrows them, pass the items along to a new mom with a squirmy baby who is just trying to take a shower. 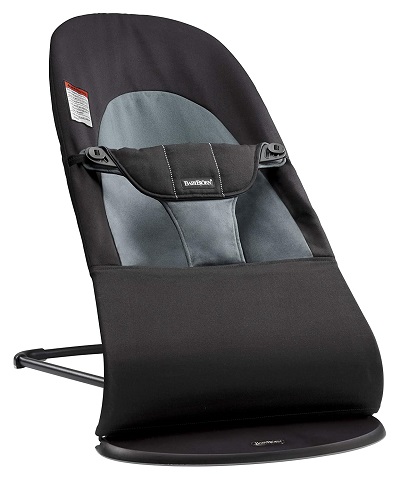 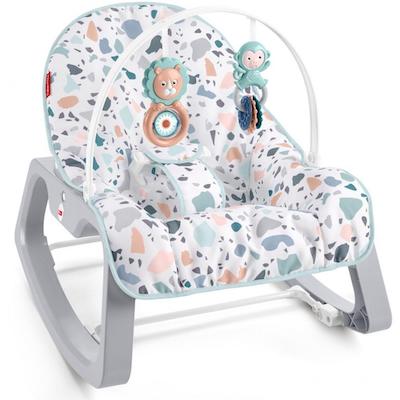 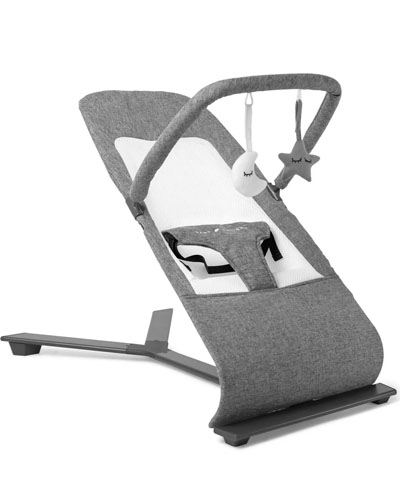 Read More: Our Favorite Bath Toys and How to Keep Them Clean