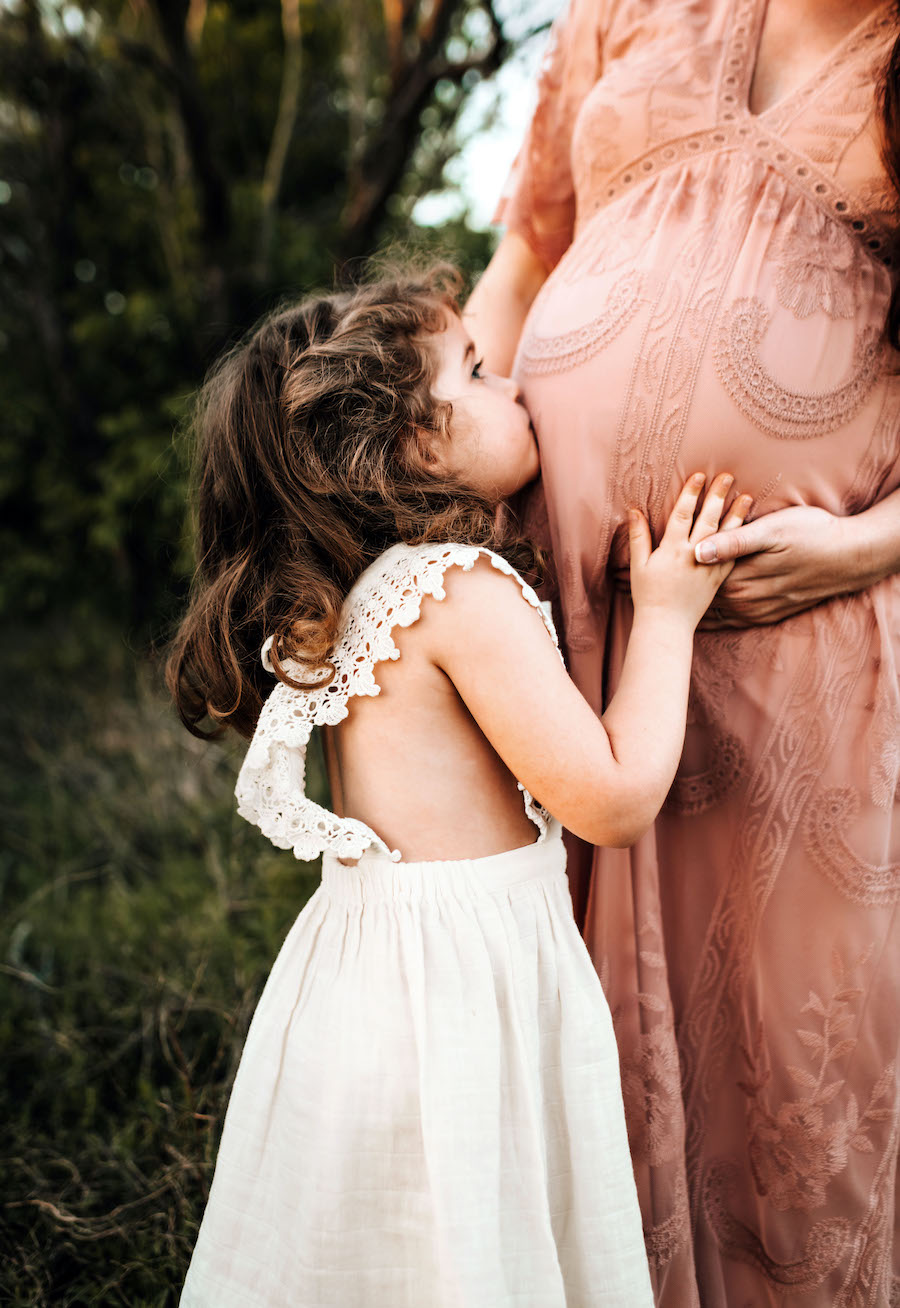 My husband and I are currently parents of an only child, a daughter who is going to turn 7 this year. I’m now pregnant with our second child, who is due just a few weeks before her birthday. Envisioning my future family growing up, I never expected such a large age gap between my children. I have a brother who is two years younger than I am and I always assumed my children would be similarly spaced. However, as we all learn, things don’t always happen the way we plan.

My first child was an unexpected but wonderful surprise, and it took me awhile to feel ready to tackle the newborn stage again. Once I started feeling ready to add to our family, I was a bit bummed my kids wouldn’t have the age closeness I experienced with a sibling while growing up. My kids are really never going to be at a similar stage of childhood or enjoy playing with the same things at the same time.

But once I found out I was pregnant with this baby, I soon learned there is a plus-side to going through a pregnancy while having older children. Here are a few of the benefits I’m realizing to having my children spaced further apart in age.

Time to rest during pregnancy

My first trimester this pregnancy was ROUGH. Nearly every food made me sick. I’d think I found the right meal, but would end up having to dash to the bathroom to throw up. I was also extremely tired and fighting to keep my eyes open after 7 p.m.

I was so, so thankful, my daughter was older and more self-sufficient during those tough weeks. Being that tired and sick while taking care of a toddler would’ve been a major challenge. (Though if that was our circumstance, I’m sure I would have figured out a way to make it work!) My daughter is at a reasonably easy age, and I didn’t feel that guilty leaving my husband alone to handle the evening routine while I went to bed early during that part of my pregnancy. 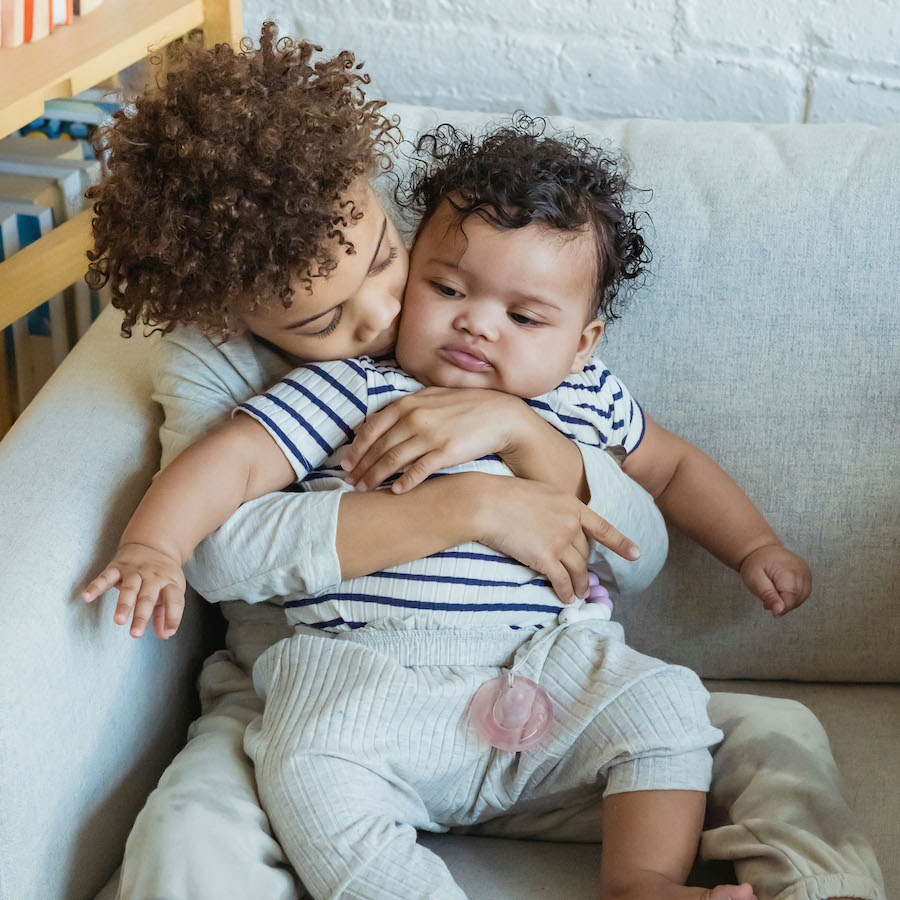 I’m glad to be able to have the years of space between my first pregnancy and second pregnancy to be able to reflect on the experience. Going into my first newborn stage, I was such a novice and, like many, I feel like I made so many mistakes. Having the space of a few years allows me to spend this pregnancy reflecting and thinking about the things I want to do differently this time.

If I had gone into back-to-back pregnancies like originally planned, I wouldn’t have had the space to be able to do this because you need ample time to be able to look back on something critically and identify what worked and what didn’t. I know I’ll still make mistakes, but I’m glad to have had the time to think about how I want to handle scheduling, discipline, splitting the parenting-duties, feeding, and more. Plus, I know what I want to change from my first experience.

We had our first daughter before we planned and felt like we spent years playing catch-up with our budget. We weren’t prepared for the financial reality of parenthood with our first child. My husband and I both work full time and couldn’t fathom the expense of having two small children in a full-time daycare center. So when our daughter was young, we decided to wait until she was in school-aged before thinking about having a second child because of the financial situation in our family.

We’re older now and have come to a much more financially secure place in our lives where we feel ready for this. Plus, our daughter is in kindergarten at a public school and we have the financial relief of not paying full-time tuition for childcare. When our new baby is in daycare, we’ll just be paying for one child instead of two at the same time.

Plus, since we have more money saved, I can do things I maybe couldn’t have otherwise, like redo the nursery to my liking and upgrade some of our newborn gear (now seven years old) for the baby. 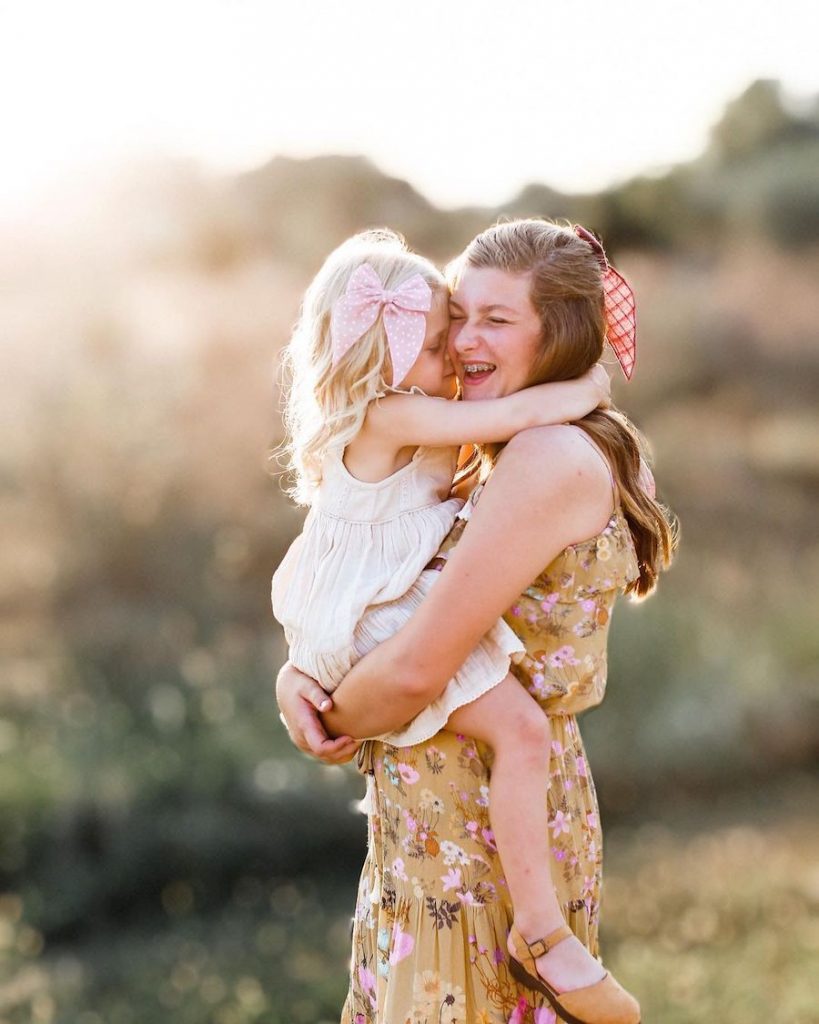 My oldest child will have these memories

One of the biggest unexpected joys is going through this pregnancy with a child who’s old enough to understand the impending role of big sister. When we told her about the baby, she was so overwhelmed with excitement she was squealing and dancing.

Since she’s known, she’s done all sorts of adorable things like ask if we should replace our wood floors with carpet so the baby doesn’t get hurt and start making a pile of her toys for her little sibling to play with.

Having a nearly seven year age gap between kids isn’t what I originally expected for my family, but it’s our reality and I’m truly glad for it. Plus, I can’t wait for my 7 year old to meet her new baby sib.

You already got it, mama ☀️ Credit: @reesewit

Motherhood at it's finest. Always deciding whether

Do you have a little one turning 4 this year? We'v

All the motherhood realness from @fruitsofmotherho

If your child is old enough to sleep comfortably a