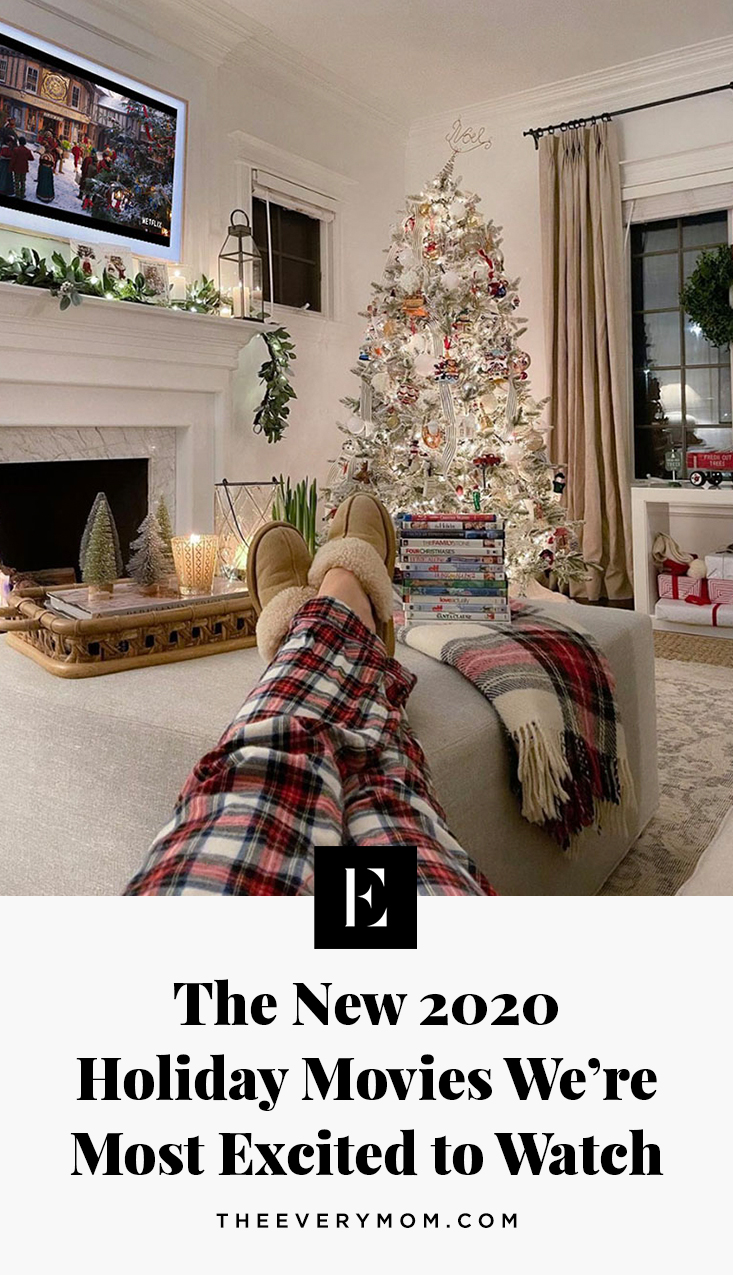 It is no secret to anyone who knows me that I am a huge fan of the holiday movie genre. Years ago, when I was living alone (and didn’t know I was supposed to hide all my bad habits from other people), a friend crashed at my place for a couple of weeks and found my hidden stash of… DVR’d Christmas TV movies. She teased me a lot, but while a guest in my home, she watched those holiday movies almost exclusively and was surprised at the vast array to choose from—I’m nothing if not broadminded.

This year, despite the pandemic, there’s no shortage of holiday movies coming out. Everything from low-budget indies to big-budget musicals offers some familiar Hollywood names (i.e. Dolly Parton, the gift that keeps giving) and some really endearing smaller films with surprise celebrity sightings (Chris Noth!). I pulled together a list of what I’m most excited to watch this holiday season whether sitting down with the family or Telepartying on Netflix with my girlfriends. Go ahead, grab your best blanket, maybe an (adult) eggnog, and curl up with me!

I cannot sing this movie’s praises enough! When a young girl finds out her grandfather’s most incredible toy invention has been stolen, she decides to get the magic back for Christmas. The music is addictive, my childhood favorite mother Phylicia Rashad is in action, and I was so happy to see a Black family at the center of a holiday movie! It will become a new family favorite.

For the lovers of movies like Groundhog’s Day, here comes the holiday version! A man suffers a head injury and finds himself waking up on Christmas, day after day, his least favorite day of the year. And well, hi-jinks ensue! It looks really fun and is likely going to be enjoyed by you and the older kids. Whip up some hot chocolate and really make a night of it!

First of all, this movie stars two comedians I love—Isla Fisher and Jillian Bell—and also has such an original story! A woman (Bell) has been training to be a Fairy Godmother her whole career and then gets stuck with… an adult (Fisher). And even worse, an adult who doesn’t believe in magic! This looks funny and heartbreaking and perfect for a cold winter’s night.

OK, first of all, I still have a crush on Kurt Russell all these years later. I think he might get even better with age? More importantly, though, is his dope partner, GOLDIE HAWN! Rumor is that her character features way more prominently in this sequel as someone trying to rid the world of Christmas. We all know Mrs. Claus has always been the woman behind the man, and it’s time the rest of the world knows too.

For After the Kids Go to Bed

My friend and I agree if I wasn’t currently married, I would most likely be the over-30 version of Emma Roberts in this movie. I definitely coveted her wardrobe and overall look while watching.

Roberts’ character tries to make it through the holidays with a holidate to stop having to explain her singledom to everyone. Except they learn maybe they want to go on a real date?  You’ll be laughing every few minutes as another joke lands, so it’s great for a virtual watch party with girlfriends. You may not be able to type fast enough to keep up with the laughs, though. You’ve been forewarned!

I was so intrigued when I saw this story was about a queer interracial couple! I feel like it’s hard to find holiday content covering more than the average heterosexual couple and certainly not with a BIPOC lead character. Luckily, this movie did not disappoint!

In the lead up to her wedding to a man, a young woman ends up in an alternative reality in which she told her childhood best friend she loved her and sees the life they could have had. It is a little more of a drama than I anticipated for a holiday movie, but it had all the warm glowy feelings and was really raw and honest in some beautiful moments. I wish I’d watched with a friend and probably will invite one of my besties to a Teleparty so I have someone to gush with!

7. Dolly Parton’s Christmas on The Square

I cannot say enough amazing things about Dolly Parton. I recently read she is a millionaire, not a billionaire, because she gives away so much of her money every year that she never creeps into billionaire status. That sums up her and her art for me, an act of continued generosity.

In this movie, an all-star cast (Dolly herself, Christine Baranski, Jennifer Lewis), music by Dolly, and the holidays? How can I not watch it over 1,000,000 times? In a retelling of the classic tale of Scrooge, a landlord gets visited by an angel asking her to repent her evil ways. I can’t wait to learn some new holiday songs in this one!

I grew up watching both Parent Trap movies, so don’t get me started on a good surprise twin movie. While this might not quite be the Parent Trap, it is certainly a fun movie to hop on Teleparty and crack all your best jokes with your girls.

When a baker and princess first switched places, they each got to fall in love and live happily ever after… or so they thought. This time, there’s a third sister (a triplet!), and she is here to steal the crown! I don’t care if I can guess every plot point, I’m going to eat some delicious cookies, laugh, and covet outfits all along the way. Maybe I’ll even ask for my own coronation crown for Christmas!

Whatever your mood, there’s a holiday movie to match it. And while this year has us watching more on our streaming devices and less in theaters, it doesn’t mean we can’t share that warmth with our loved ones.

Let us know what you are streaming this holiday season!

@theeverymom / #sharetheeverymom
As we celebrate the guilty verdict brought down to