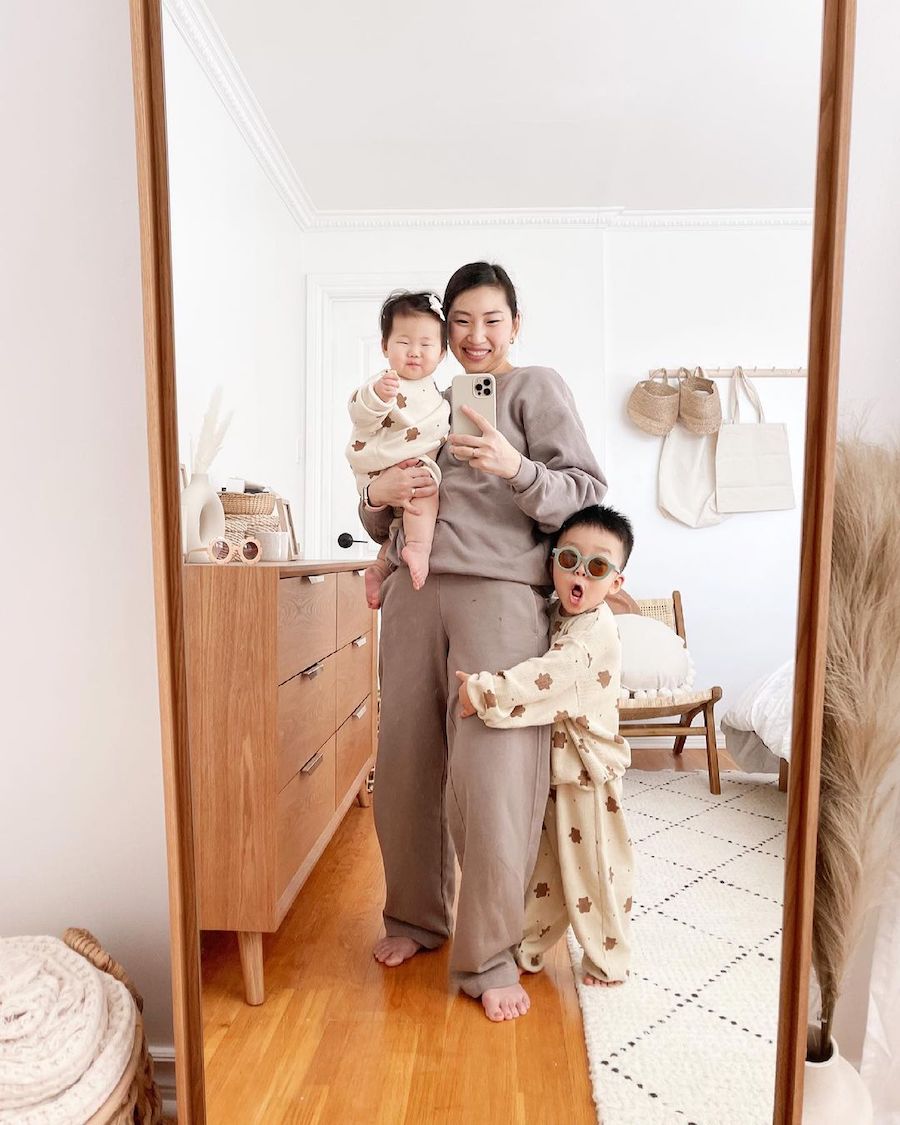 As if the pressure of naming one baby wasn’t enough, dreaming up a pair of names perfect for siblings can feel monumental. Perhaps you’re the type that aims for a theme or chooses a beginning letter for the whole family.

No matter the method you use, a set of sibling names should complement one another without blending together. Sound like a tall order? To help you on your baby-naming journey, we’ve detailed the most adorable sibling picks to accompany last year’s most popular baby names for boys and for girls. 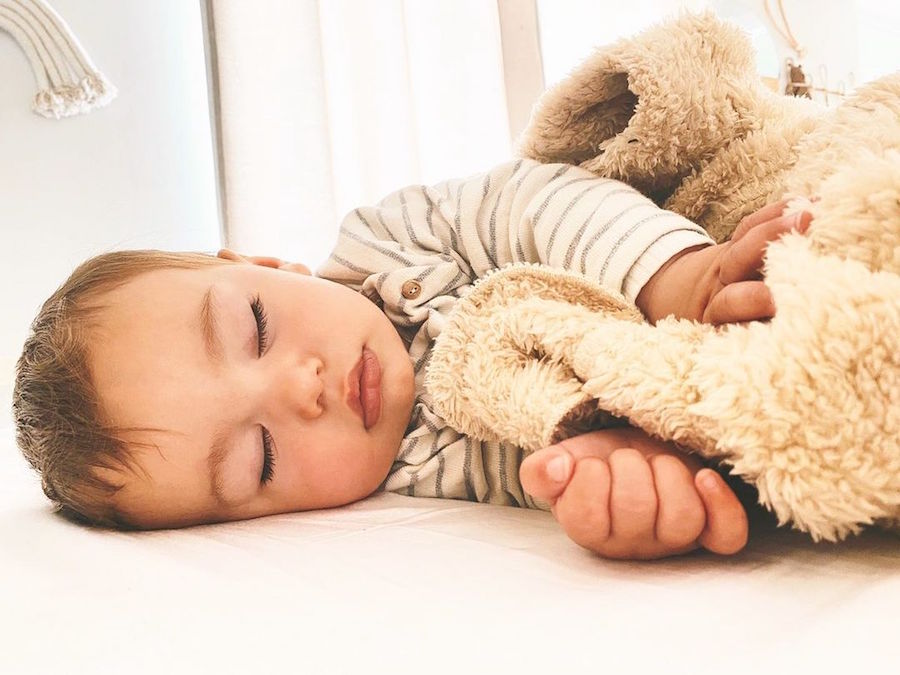 Everett: With roots in Germany, this darling moniker means “as brave as a wild boar.”

Elias: Pronounced “ee-LIE-us,” this option is a Greek name, meaning “Yaweh is God.”

Ivy: Originating in England, this name took a nod from the most literal of places: the classic plant.

Anja: A Russian play on the Western Anna, this choice—pronounced “ahn-yah”—means “grace.”

Alice: A classic choice with an honorable meaning: “noble.”

Elio: With Spanish and Italian roots, this bright and cheerful name means “sunny.”

Belen: While a beautiful choice for baby girls, Belen is also the Spanish name for the city of Bethlehem. 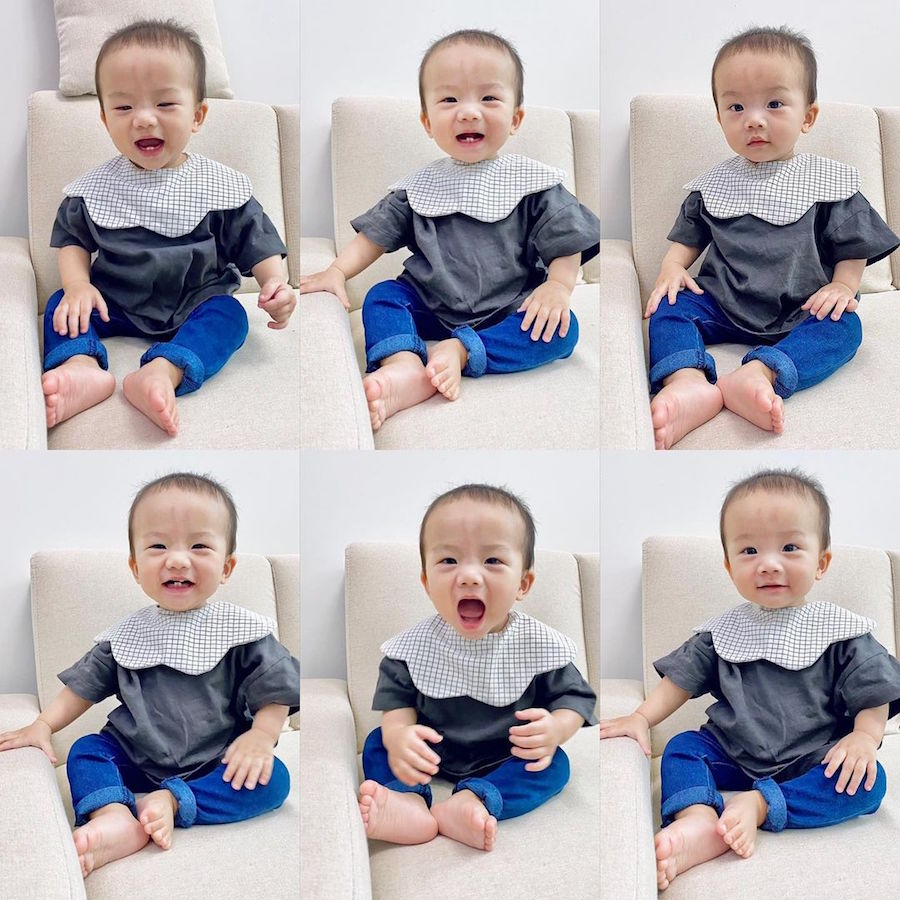 Caleb: Like Jacob, Caleb is a Hebrew name. It means “devoted to God.”

Sawyer: Once an occupational name, this English pick means “woodcutter.”

Eleanor: With ties to both Greece and England, Eleanor means “bright, shining” or “God is my light.”

Celeste: With roots all around the world—from France to Spain to Portugal—this sophisticated name means “celestial or heavenly.”

Daniel: A moniker with biblical ties, Daniel is a Hebrew name meaning “God is my judge.”

Clementine: Quirky and undeniably cute, this name originated in France, where it means “mild.”

Audrey: This classic choice found its start in England, where it means “noble strength.” 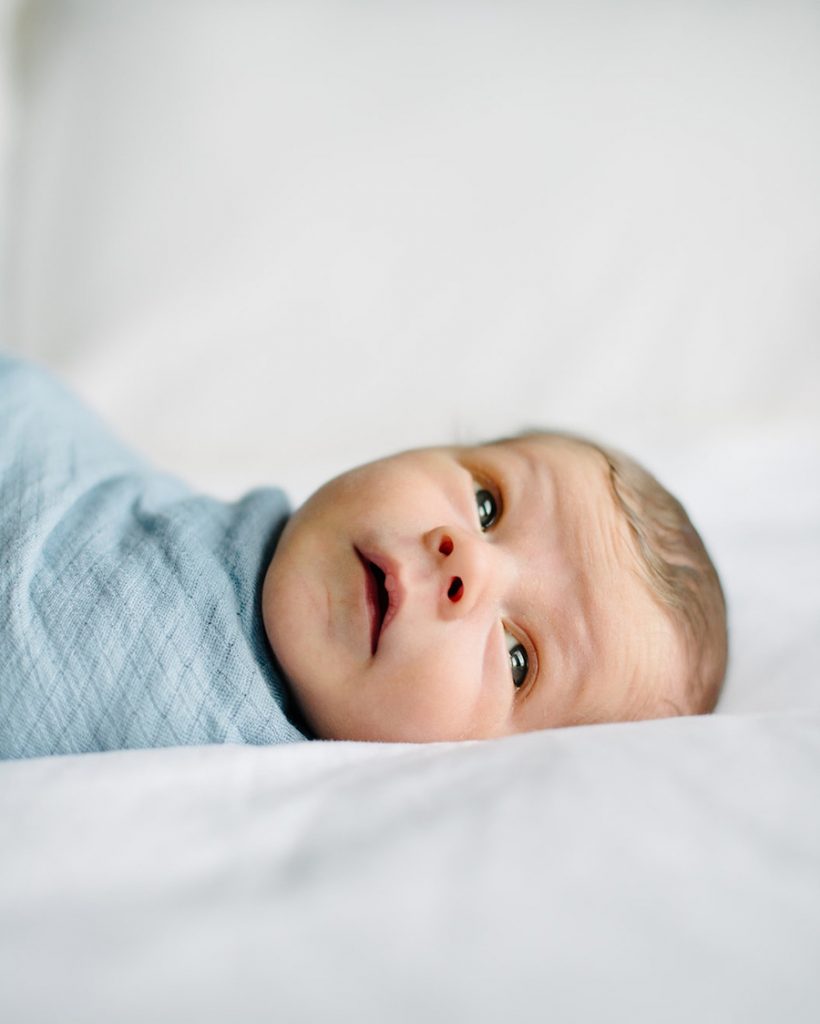 Darius: With Persian and Latin roots, Darius is a noble name meaning “kingly.”

Malik: Malik has Arabic roots, where this regal name means “king” or “chief.”

Ava: Depending on its origin—Hebrew, German, and Latin—Ava means “life,” “promise,” and “bird,” respectively.

Andrew: Andrew originated in Greece, where the name means “strong and manly.”

Liena: A name with roots in both Germany and China, Liena means “as beautiful as the lotus flower.” 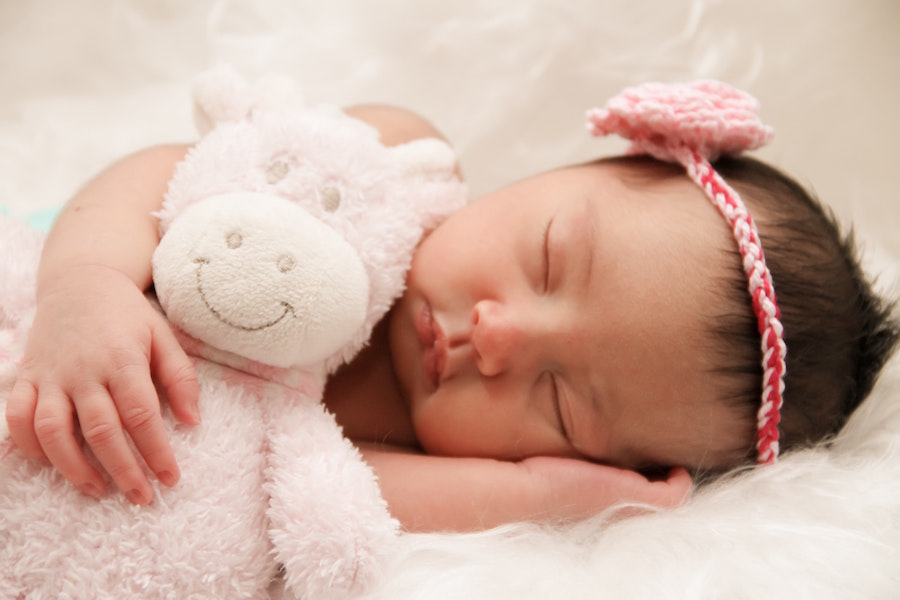 Felix: Felix is a Latin name that means “happy” and “fortunate.”

Ada: A long-running favorite in the U.S., Ada found its start in Germany, where it means “noble.”

Samson: A Hebrew name with ties to the Bible, Samson means “sun.”

Beatrice: Of Latin origin, Beatrice is a fitting choice for a newborn baby, as it means “she who brings happiness.”

Micah: Micah has its roots in the Hebrew language, where it means “he who is like the Lord.”

James: James is both an English and Hebrew name and means “supplanter.”

Louise: With ties to both England and France, this darling moniker means “warrior.”

Matthew: For a name that means “gift of God,” look no further than this most popular name list mainstay.

Lydia: A Greek place name, Lydia has a literal meaning—”woman from Lydia.”

Leo: A regal name with Latin ties, Leo brings to mind the king of the jungle: the lion.

Lily: Lily is an English name first given to flowering bulbs.

Julian: This moniker has English and Latin ties and means “youthful.”

Hazel: This old-fashioned name found its start in England. It means, simply, “from the hazelnut tree.”

Jonas: Jonas first emerged in Greece, where it means “dove.”

Autumn: Inspired by the season, Autumn takes its meaning from the calendar year.

Kiernan: Kiernan began as a Gaelic surname and, while most popular as a name given to boys, also enjoys gender-neutral appeal.

Rose: Rose has Latin roots and was created to name the popular garden flower.

Gabe: Gabe is a diminutive of the Hebrew Gabriel but is adorable enough to stand on its own.

Juno: Of Latin origin, the regally inspired Juno means “queen of the heavens.”

Benjamin: An ever-popular pick, this Hebrew option means “son of the right hand.” 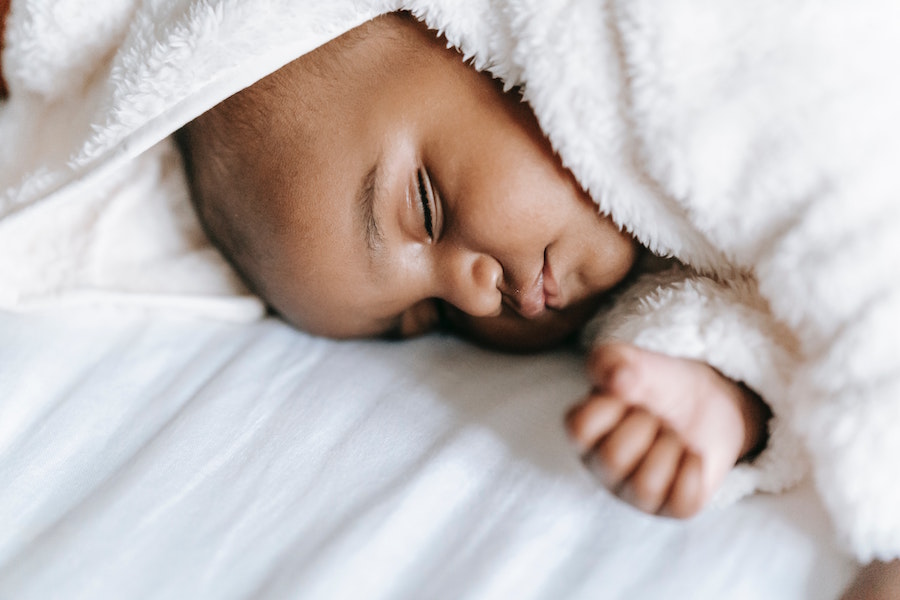 Alfie: A nickname for the old-fashioned Alfred, this English name means “wise counselor.”

Emmett: English and Hebrew, Nameberry cites Emmett as the masculine match for the ever-popular Emma.

Arya: A Sanskrit word for “noble” and a play on the operatic Aria, this moniker can’t help but bring musical vibes.

Theodore: This traditional name has Greek roots and means “gift of God.”

Silas: Of English origin, Silas is a name that means “from the wood or forest.”

Anissa: Anissa is a charming Arabic name for “friendly.”

Adele: Originating in France, Adele is a name that means “nobility.”

Amara: Amara is both a Sanskrit and Arabic name with a solid meaning: “grace.” 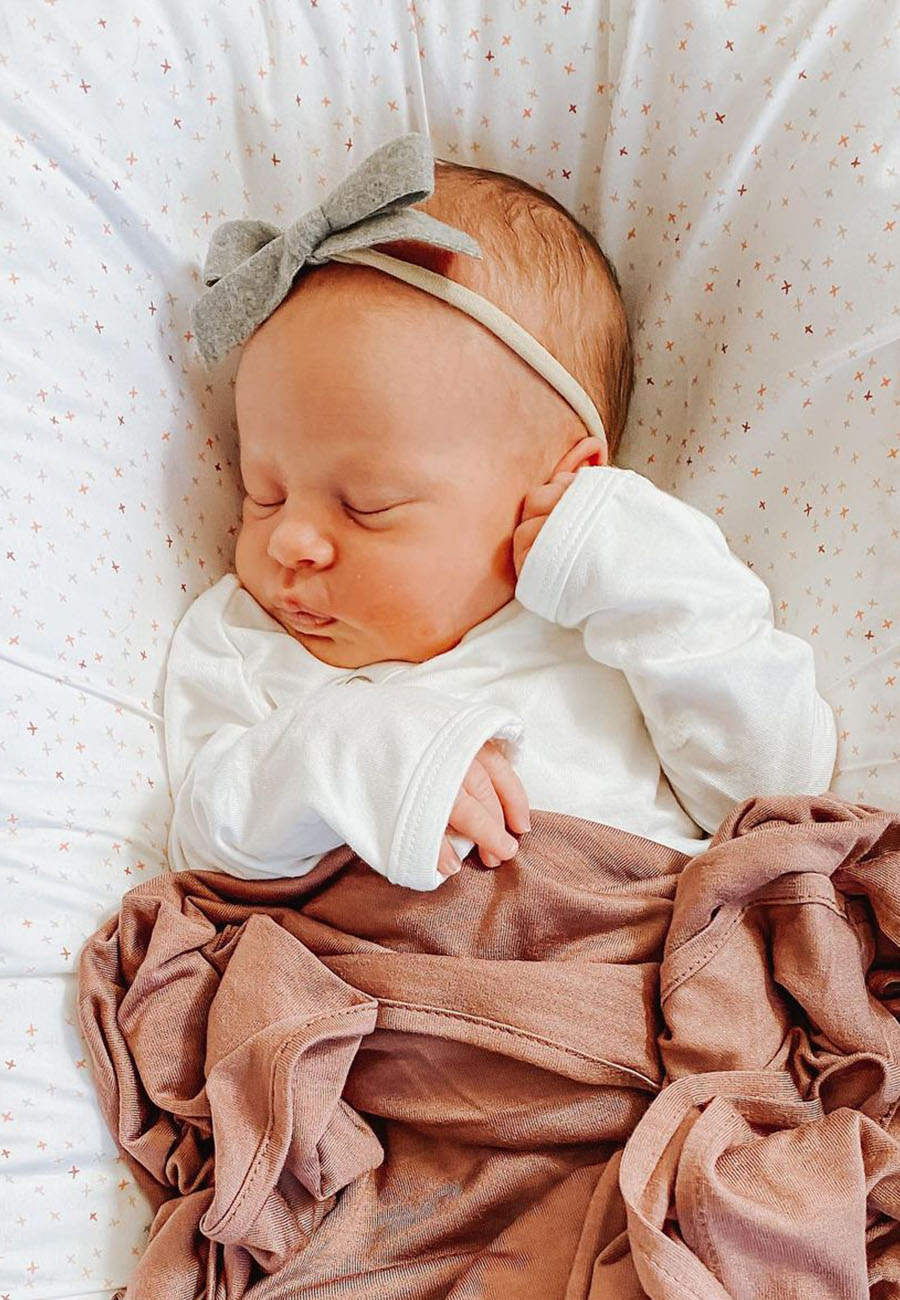