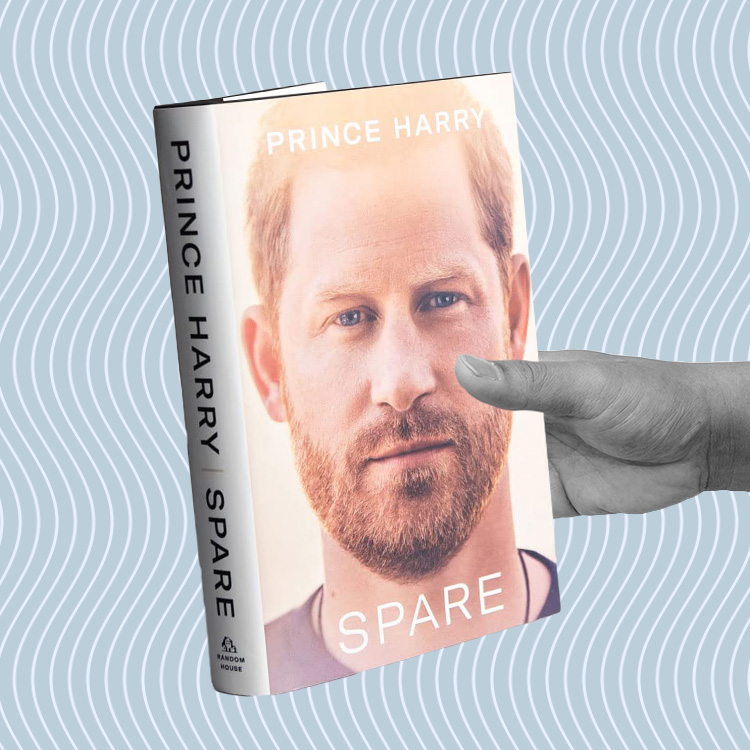 Unless you’ve completely been off the grid the past few weeks, you’ve probably heard about Prince Harry’s tell-all memoir, Spare, released January 10. Now I have to admit I’ve never really tuned in much to the royal drama, but after watching bits of Harry and his wife Meghan Markle‘s Netflix documentary, my interest was piqued. I saw the measures they took to protect their relationship and their children from the press and from toxic family members who didn’t understand why they left Britain.

While most families have some degree of dysfunction, it was really refreshing to see someone with a huge platform and massive privilege put his family’s safety before appearances and acknowledge the racism Meghan experienced. As I dug into the pages of his memoir, I found myself more engrossed in their story and began to reflect on my own life as a mother of two boys. Here are six lessons I’m taking away from Harry’s memoir, Spare.

A lot of parents find themselves comparing their homes, involvement in school activities, and summer camps and extracurriculars that we can or can’t afford to sign our kids up for, but at the end of the day we need to remember that money isn’t everything. Prince Harry had the most prestigious schooling and life experiences many of us could dream of, yet at the end of the day he shared how lonely and sad he felt for much of his childhood.

He talks about how his father wasn’t suited for parenting, let alone single parenting after the death of Princess Diana. Although he loved his “darling boys” fiercely, he didn’t know how to verbalize this to his sons. In one poignant scene, Harry discloses how his father would leave notes on his bed that he cherished, but how he wished his father was able to simply share how he felt in a conversation. While children need food, shelter, and clothing to be cared for, as parents we need to remember that being there for them emotionally and relationally is just as important.

2. Children notice everything, so share age-appropriate information when possible.

One of the overarching themes in Spare is the impact Charles and Diana’s relationship had on Harry and William. From the paparazzi publishing news of their infidelity  to their eventual separation, the brothers had a firsthand view of everything. This is a good reminder for parents to make sure they share age-appropriate information with their children so they have a safe opportunity to ask questions and voice concerns to a trusted adult.

Divorce can be messy in the best of circumstances, and while most of us don’t have to worry about paparazzi, it has become quite common to air dirty laundry on social media or for adults to gossip after they think the kids are asleep. Harry had to listen to reporters speculate about his parents’ every move, and he really struggled with his family dynamic after the split and the departure of his mother from the royal home. Children see and understand more than we expect.

3. Make space for your children to feel important in the family.

We’ve all heard of middle child syndrome and have probably convinced ourselves that our own parents played favorites at times, and Spare is a great reminder that every child needs to feel important, prince or not. Harry was often referred to as the “spare” because he was third in line for the throne growing up, and the adults in his life made it abundantly clear that he was thought of as the backup. From giving Prince William a larger room to prioritizing William’s needs before his brother’s, Harry’s knowledge of his place in the pecking order left him feeling lost.

While I don’t have to worry about my kids’ place in line for a throne, I have worried about them feeling left out. Like Harry, I also grew up in a family that didn’t shy away from acknowledging my sibling as the favorite, and this memoir is an excellent example of how that dynamic can affect a child’s self-esteem well into adulthood. While my boys are close in age, they both have distinct personalities and needs. As parents busy with the hustle and bustle of life, sometimes our children just need to be reminded of how important, needed, and loved they are in special ways tailored to them.

It’s normal for children to squabble with their siblings, but one of my biggest worries as a mom was that my kids would struggle with their bond. Harry’s glimpse into his royal world allowed readers a firsthand look at his relationship with his brother, and while they loved each other dearly, there were clearly issues even in their childhood.

Prince William didn’t want his kid brother hanging around him as he grew older, and the distance between the two grew. The animosity between them was clear from the first few scenes of the book, ranging from small remarks about William’s premature balding to larger issues like Harry being asked to pretend he didn’t know his older brother in school.

As a mother of two headstrong boys who are five and almost seven years old, I know there are going to be times when they don get along, particularly when teenage hormones kick in and their interests branch out from LEGOs and Minecraft. But as I read each page, I couldn’t help but question how the adults in these royal brothers’ lives witnessed their relationship becoming more fraught and didn’t step in to help them. This is a lesson for parents everywhere to help children express their feelings to one another and address situations before hostility has a chance to develop into something they cannot heal from.

5. Children should never be used as scapegoats to make parents look better.

Many of us may be guilty of using our children as scapegoats in small ways. I know I’ve done it—like showing up late to a doctor’s appointment or school function and casually making a remark about one of my children’s tantrums or their refusal to tie their shoes. And while it may make things easier in the moment by focusing family, friends, or even strangers on the child’s behavior, it can become a pattern.

Reading about Harry’s experiences being “thrown to the wolves” (aka the press) when he was caught doing drugs to distract from the discourse surrounding his father and Camilla is a good reminder for parents to take accountability for their own actions. While Harry’s situation is a bit more complicated, it illustrates how it can be a slippery slope for families to pin the blame on a particular person rather than holding themselves responsible because it can appear “easier.”

6. We need to model and practice self-care with our children.

Harry is far from the only person in the world grappling with a complicated family and generational trauma. With his mother’s passing, isolation at school, and the constant watchful eye of the media, Harry didn’t have a chance to experience a normal childhood. But no matter the child or the family, there will eventually be stressors that affect your child’s mental health.

As a mother, I couldn’t help but feel sympathy for the young Harry who grieved his mother and was frightened of the dark or the lost adult who couldn’t help but distance himself from feeling the weight of being the “spare.” Anyone who’s listened to his story can see that the adults in his life failed him in different ways. His story is an important reminder to teach children how to cope with big emotions like anger, grief, jealousy, etc. in healthy ways. Otherwise, as Harry did, they may turn to risky behavior and unhealthy coping mechanisms. Parents need to normalize caring for mental health and encouraging relationships with trusted adults and connection with loved ones.

Overall, I think Spare was an excellent read that provided insight into a very impressive, intelligent, and caring man who’s grown immeasurably despite the challenges he’s faced throughout his life. His story is one many aren’t likely to forget because he’s a prince, but at his core he’s simply a human being whose experiences many can sympathize with if we forget the crown and listen to the underlying messages. 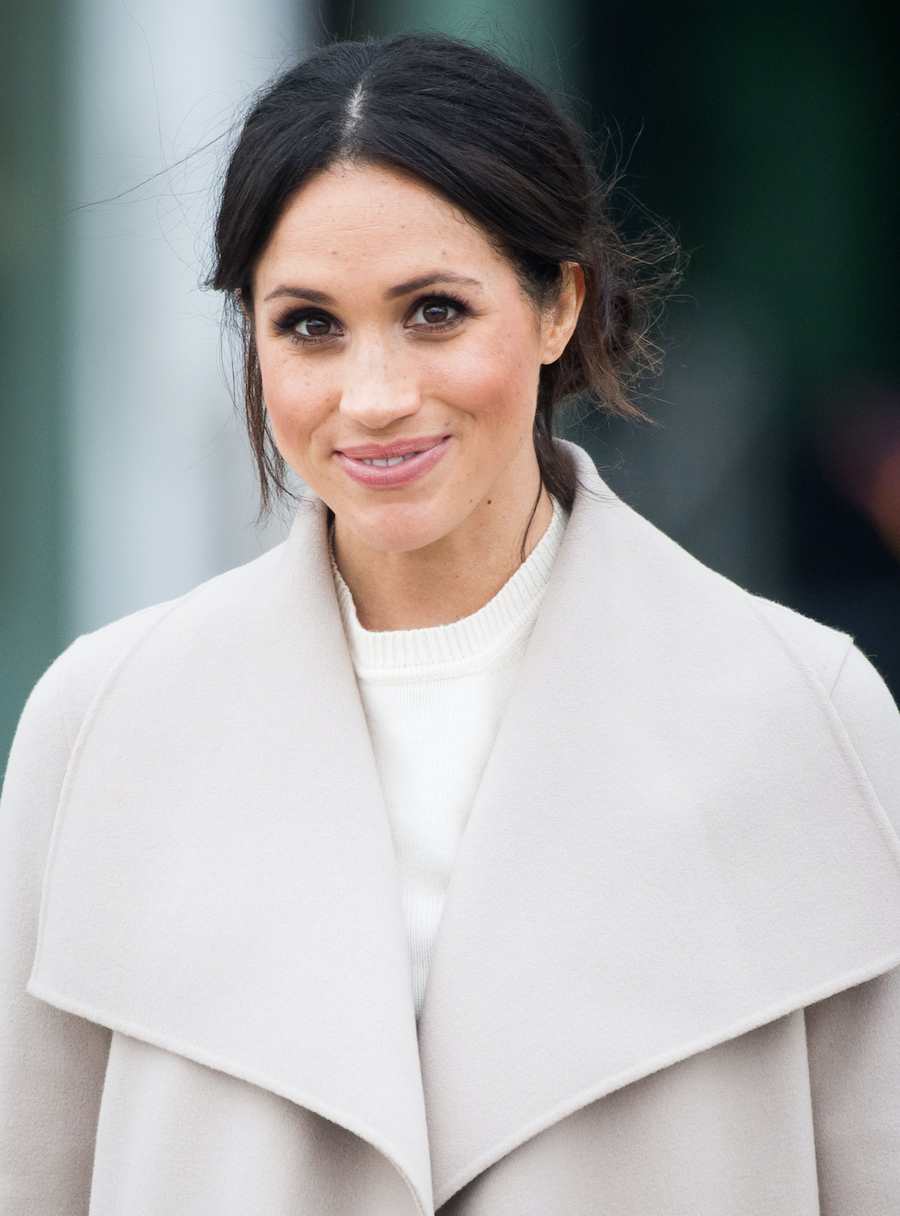