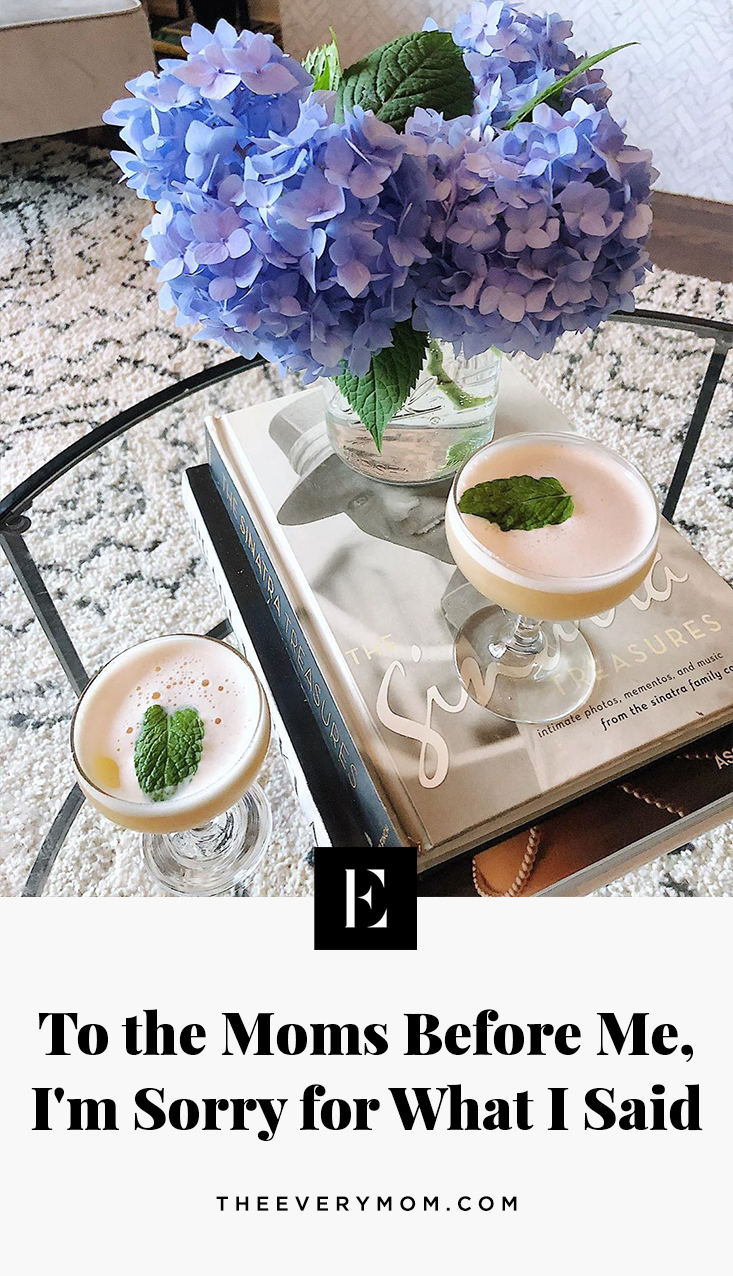 The year after I had my first baby, there was a commercial that went viral for a baby brand that brought me to tears – like ugly, hormone-induced crying. It was called, “You Made Me a Mother,” and I still remember one line of copy from the ad by heart, “You’ve made me want to fall on my mother’s feet and tell her that I get it.”

Realizing I needed to thank (and apologize) to my own mom was just one moment of clarity that came with my new motherhood. With this newfound wisdom, I also wondered how many intricacies about motherhood I thought I understood but couldn’t truly grasp until I became a mother myself. Worse, I wondered how many things I might have said or did to other new moms without realizing the heavy weight and potential harm I induced with my careless comments (insert facepalm).

Mothers can be a little fragile at the beginning of pregnancy and motherhood. We’re worried about the new life we’re growing. Then, when the baby arrives, we’re all just trying to figure it out as we wade through sleep deprivation and postpartum healing. Here are a few of my own confessions  – common things I said and did when I didn’t get it – and some suggestions for what you can say to support a new mom in your life.

When a friend isn’t drinking – “Are you pregnant?”

Ok, this is basically forcing your friend on the spot to divulge one of the biggest moments in her life. Maybe she’s been going through infertility. Maybe she’s on day one after seeing a positive pregnancy test. Maybe she hasn’t even told her partner. So much weight is behind this seemingly casual question.

You may think you’re being sneaky as you note the deep red coloring of her vodka cranberry (as happened to me) or you note out loud that she’s been holding the same beer bottle all night. Remember, she’ll share her special news when she’s ready. She doesn’t need the stress of you calling her out, even if you have the best intentions at heart. 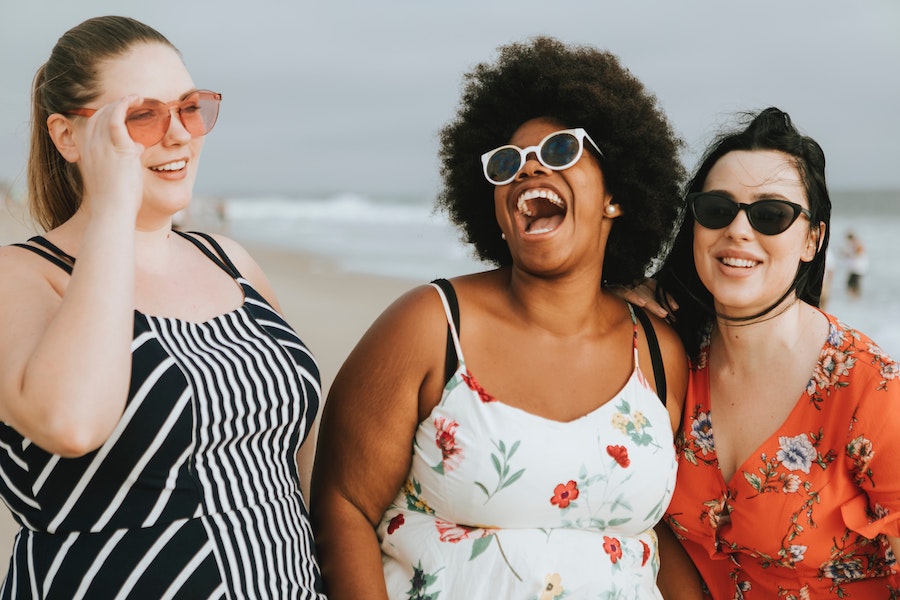 When baby just arrived – “When are you going to have another?”

My worst offense with this question came after a family friend adopted her son after years of failed infertility treatments. Thank goodness I didn’t ask this question to her face, but I did ask one of her family members when she’d be trying to adopt a sibling for her new baby. I could not have been more clueless about the struggle it often takes to become a parent.

I received my own karma years later as friends and strangers alike would ask me and my husband the same question as we were struggling with secondary infertility. My husband wanted to start telling people, “We’re trying hard, like every day,” to see if it would make people uncomfortable enough to stop asking.

Moral of the story: other people’s procreation plans are none of your business. Don’t ask about it unless they lead the conversation.

When comparing motherhood to babysitting (or having a pet)

My cousin was struggling with a baby who didn’t sleep for more than 45 minutes at a time, and I had the gall to ask her if being a parent was pretty much like babysitting. She gave me some sweet insight about how, when you’re babysitting, you’re present with the kids for a moment in time. When you have your own child, you imagine them at age 1, at 10, at 20.

She did not slap me with the honest truth.

Babysitting might teach you how to change diapers, make mac-and-cheese, and play pretend, but in NO WAY does it prepare you for the magnitude of motherhood, nor does waking up in the middle of the night with a puppy. Full stop. 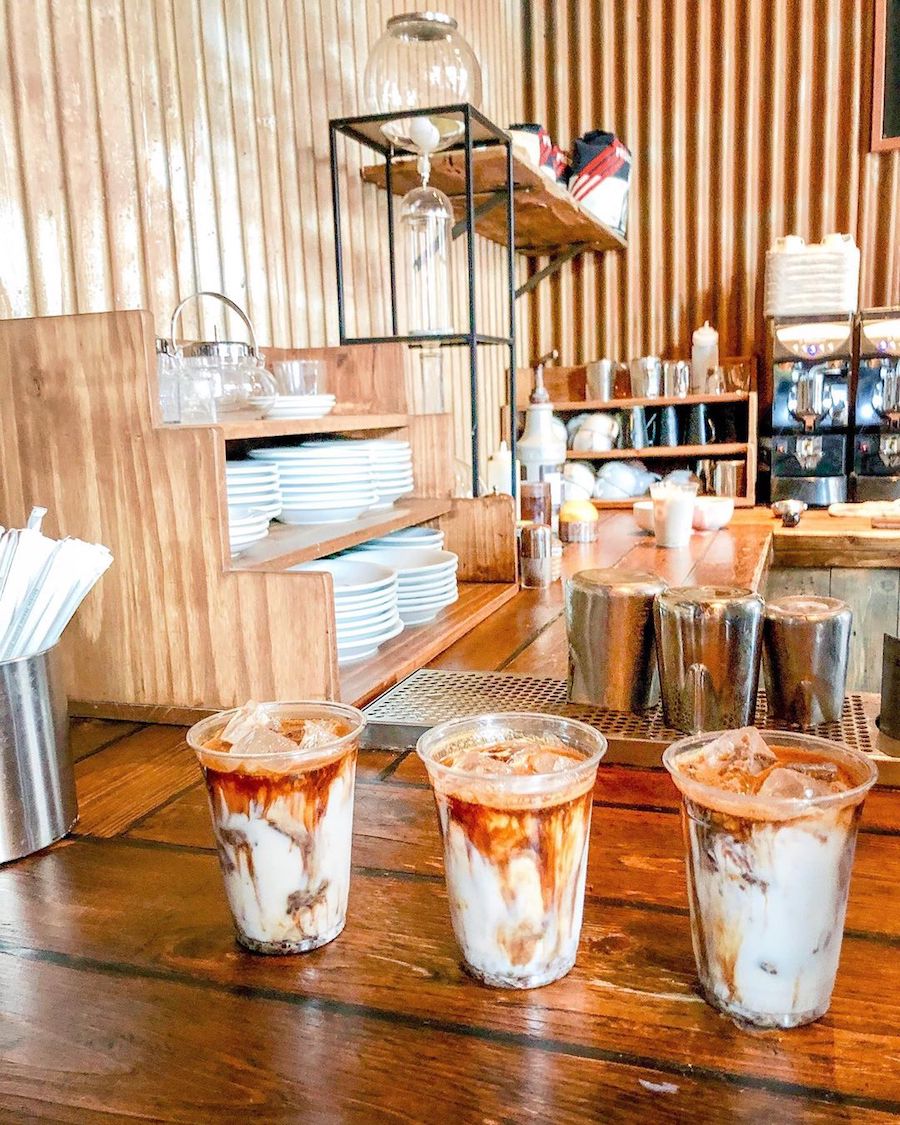 What You Should Say

Think beyond the typical frozen lasagna or casseroles. My sister-in-law showed up with two bags of Trader Joe’s groceries when my daughter was born, including fresh berries and my favorite chocolate treats. I was so grateful.

“You’re doing such a good job”

We all need to hear this once in a while. In the midst of the mundane moments, it helps to know, even if your baby can’t show their appreciation, someone notices the work you’re putting in.

“How are you feeling, really?”

Maybe she’s had to put on a happy face to inlaws and other guests. Give your friend the space to be honest with you and vent if she needs to. Being actively interested in her birth story as well as the hard and the happy will help her feel less alone. Then, do her dishes or watch the baby while she showers.

Read More: 10 Things That Are Actually Helpful When Visiting a New Mom