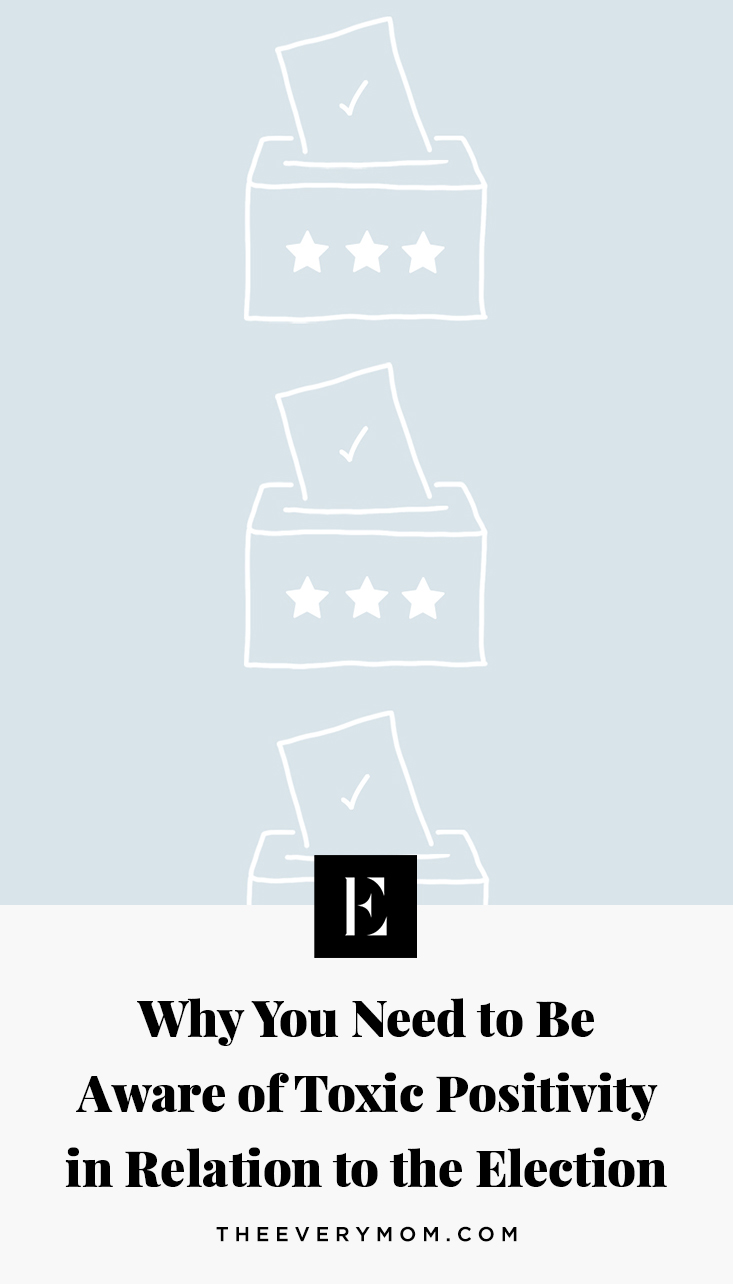 Back in 2016, I was curled up in my bed as my husband and father-in-law gathered around the TV downstairs. The results came in, and I heard shouts of frustration while I cried into my pillow and worried about the safety of my friends, family, and most importantly, my two Latino sons.

As a Woman of Color who was adopted by a white family, I am constantly surrounded by white friends and family who told me that I was overreacting. And lately, every time I open my Facebook app or other social media, I am bombarded with memes saying that they are looking forward to peace once the election results are in. Each time, the pit in my stomach grows bigger. How can my friends and family just act like everything is going to be fine?

This is toxic positivity. 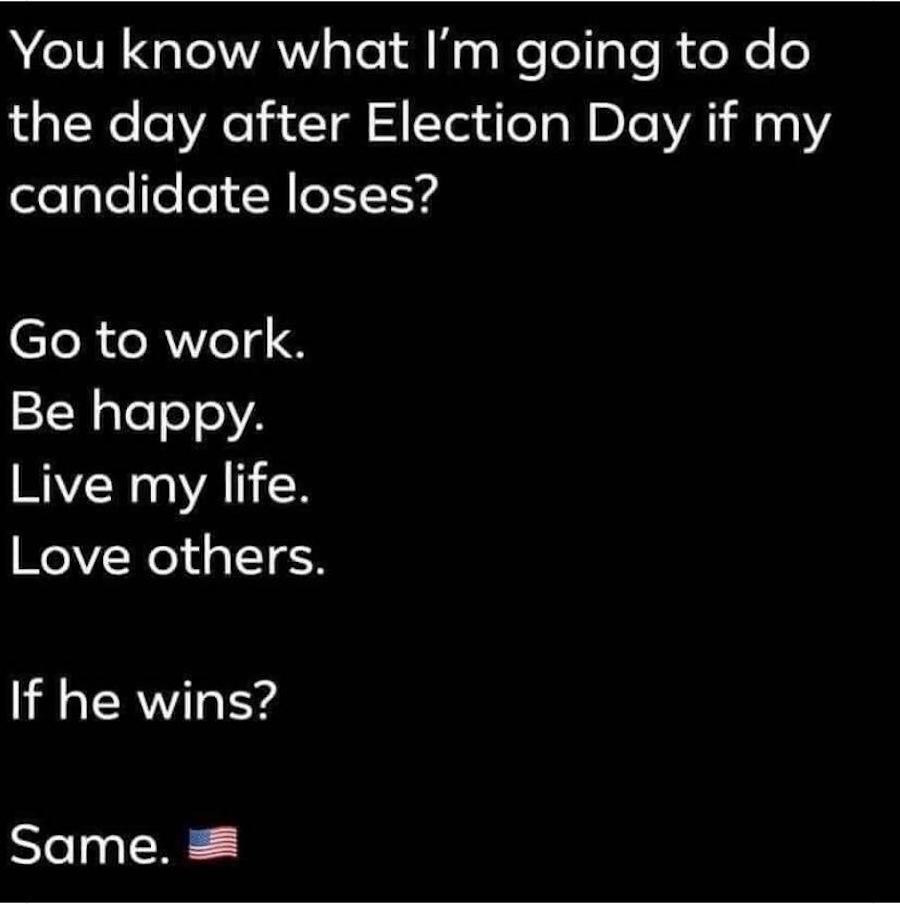 Toxic positivity refers to the concept that keeping positive is the right way to live your life; however, when you avoid negative emotions, you can make them bigger and get trapped in a cycle until the emotions become bigger and unmanageable. Fears and difficult emotions are important because they teach us information to keep us safe and help us better understand ourselves and others. And by announcing your intention to take this path, and framing it as the best way, it minimizes those of us who do not have the privilege to see the election results as just a minor disappointment.

I knew I wasn’t the only person who was frustrated by this way of thinking, so I reached out to a few other editors on The Everymom team about their experiences, and here’s what they had to say:

Early in the morning after the 2016 election, my husband and I held our baby daughter and cried. Some in our circle were dismissive of the pain we were experiencing; some were downright derisive. To them, we were overreacting. We’d committed the cardinal sin of being unpleasant.

In actuality, we were mourning losses we didn’t yet understand; the ache was one of betrayal. That ache hasn’t quite gone away, though it’s dulled somewhat over these four years. When I see someone share a sentiment that underplays or ignores the true impact of this election for the underrepresented and unprotected among us, I experience the sharpness of that ache anew. It’s alienating to live in a world where your lived reality often gets erased in the name of the “greater good” of just getting along. I don’t crave discord any more than the next person, but I can’t be satisfied by empty reassurances either. I also won’t buy into a false dichotomy wherein silence equals moral rightness and emotion equals irrationality/negativity.

It’s alienating to live in a world where your lived reality often gets erased in the name of the ‘greater good’ of just getting along.

The reality is that I have felt unsafe, traumatized, eviscerated by the losses of these past four years, both personally and for us as a nation. Today is a day that’s stood in my imagination as a kind of precipice. Do we fall or do we fly? No one gets to tell me I shouldn’t care about that answer.

It took me a long time to understand because of the privilege I grew up with and the wealthy whiteness I was in proximity to, that being “rational” and “kind” and willing to hear “both sides” in the face of elections, etc., was an intense privilege. The older I got and the more I saw how the world treated me and other marginalized bodies, I was heartbroken to realize how incredibly harmful it is when people minimized feelings around politics.

The politicians we elect are the same ones who govern our ability to make healthcare decisions (i.e. birth control, abortion, and more), who determine how services can be stripped from certain areas (i.e. how the state of Illinois closed so many mental health facilities and addiction centers in poor and POC neighborhoods), who decide if people should be allowed to be married or not, who has the right to citizenship, and who has to live in cages at the border. I get emotional about politics because it is life or death to people I know and love. Actually, it’s life or death to people. Period. How is that not worth getting emotional over?

If I hear one more person say that Trump is good for the economy, I’m going to scream. Sure, it’s been good for Jeff Bezos, and the rest of the billionaires out there, some of whom their net worth has doubled. But for the 12.6 million who are recorded as being unemployed (and this number doesn’t include those who gave up on job searching—like parents staying home to manage remote schooling or folks with health conditions at higher risk for COVID-19), I imagine this so-called good economy doesn’t mean much to them. To the small businesses that have closed because larger corporations got their small business bailouts, I imagine this “good” economy is worthless.

And we have a COVID relief bill stalled awaiting election results. If you never have had to wait for a government to decide whether or not you deserve to pay rent this month so you’re not out on the streets or whether or not you deserve to feed your children this month, then yeah, I guess you can think that this election is about staying civil and quiet and keeping your mouth shut. But for me, I’m going to keep screaming at the top of my lungs until someone can hear me. Because people deserve more. 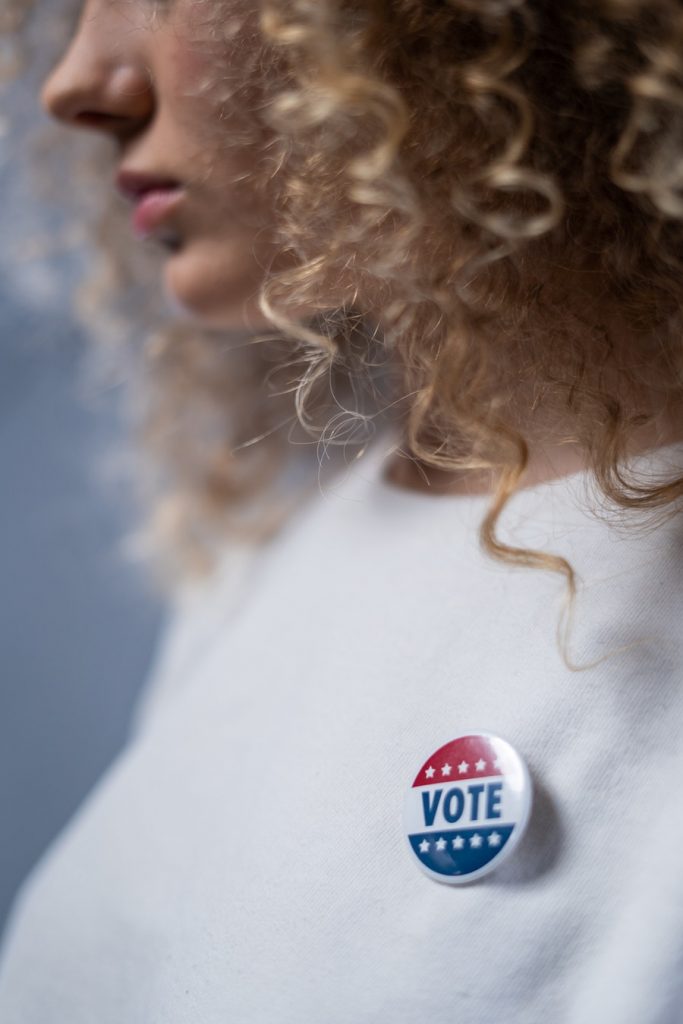 In 2016, my husband was traveling for work during the election, leaving me with my tiny voting partner: a feisty 2-year-old. I kept her up until 10pm that night because, honestly, I needed someone to hug. When she finally crawled into her crib, my husband and I commiserated by phone. What am I going to tell her in the morning? I mean, even thinking about it now feels painful, and by all counts—as white, cis-gendered, able-bodied, and middle-income people—we had it easy.

I don’t know what choice our country will make this Election Day, but every fiber of my being hopes we choose the candidate who will embody unity, empathy, and justice for all. And if we don’t? Well, I’ll wallow for some time. I’ll be angry, and my heart will be heavy for days—weeks or months, maybe. But I’m not going to preach optimism in a time when so many across the country fear for their very lives because of the color of their skin, or who they love, or what their bodies cannot do. To do so is to silence their lived experience, and I won’t deny anyone the very real feelings they’re entitled to.

I’m not going to preach optimism in a time when so many across the country fear for their very lives because of the color of their skin, or who they love, or what their bodies cannot do. To do so is to silence their lived experience, and I won’t deny anyone the very real feelings they’re entitled to.

Instead, I can listen, no matter what the world looks like in the morning. And I can remember that good change takes time and the voices of people like me, people who don’t have as much on the line. Each time I’ve seen one of these “count your blessings” memes for our post-election life, I want to say “yes—and?” because what’s the good in counting your blessings if you can’t fight for others to count theirs too?

After reading each of my coworkers’ powerful responses, I’m reminded of why this toxic positivity is so important to call out.

When people embrace the idea that life will go back to normal and proudly share how they will focus on living life, paying bills, and loving others, it minimizes the experiences of marginalized people and their real and valid fears they experience daily. In a sense, this toxic positivity shows the privilege of some in this country to be able to avoid more sensitive topics in order to focus on the “bright side.”

This toxic positivity shows the privilege of some in this country to be able to avoid more sensitive topics in order to focus on the ‘bright side.’

You see, for those who are not in a marginalized group, focusing on the good seems to be the best way to make it through a difficult situation. But for those of us who have faced repeated threats to our persons due to our race, sexuality, or gender, we cannot simply focus on the positive to get us through the next four years and beyond. To create real change and solutions, we need to bring awareness and focus on the issues in our society—issues People of Color, immigrants, LGBTQ+, and even women are facing still.

They are not just going to go away once we get back to our normal lives. Until we can go to bed at night without worrying if our brothers and sisters are going to be profiled by the very people sworn to protect us regardless of race or sexuality, that COVID is killing us at disproportionate rates to our white counterparts, or that Black, Indigenous, and Alaska Native women are two to three times likely to die of pregnancy-related causes, then we can focus on the positive.

Despite the results of the election, the fight against white supremacy and other injustices is ongoing. The fight for issues we care about will continue. I’m not going back to normal—and no one should expect me to.

Read More: On Politics: Don’t Tell Moms to Stay in Their Lane