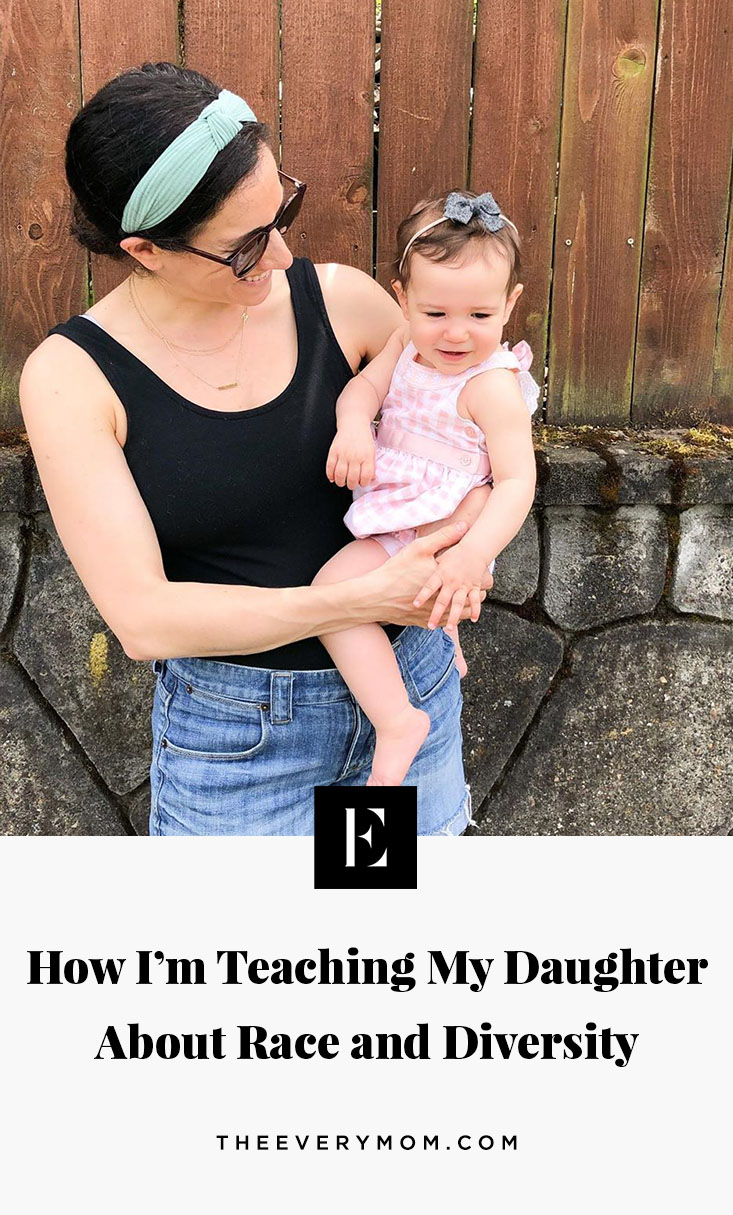 During the first few weeks and months of motherhood, I was worried about everything. Is my daughter eating enough, is she sleeping enough, am I swaddling correctly, is she breathing? And let’s not even get started on properly installing the car seat.

As the weeks went on, I became more confident in caring for my daughter and felt a bit more at ease that I was keeping her safe and healthy.

Now my daughter is 1, and while I admit that I still zoom in on the monitor to make sure her tiny chest is rising and falling as she sleeps, there is more on my mind when it comes to parenting her. Of course, keeping her healthy and safe was a huge priority in the first few weeks and will continue to be her entire life. But now that she is older, is forming a personality, and is learning, there is a lot more on my shoulders.

There are a lot of important qualities I want to instill in my daughter. I want to teach her to be kind, to be open, to be welcoming, to celebrate diversity, to be anti-racist, and to be accepting of all people. In many ways, figuring out how to teach these things to my child is a more stressful task than making sure her car seat is properly set up.

I want to teach her to be kind, to be open, to be welcoming, to celebrate diversity, to be anti-racist, and to be accepting of all people. In many ways, figuring out how to teach these things to my child is a more stressful task than making sure her car seat is properly set up.

As parents, it should be a priority to teach our children to be anti-racist and to celebrate diversity. In fact, it’s our responsibility as parents to do so. While it may seem like the early toddler years are too early to start teaching these lessons, it’s actually incredibly important to start sooner than you think. We may not be at the point of having deep discussions about race, but there are things I can do now to help her develop an open mind.

There will be more discussions and lessons as our children grow, but there are small ways we can start the lifelong learning as early as age 1.

Read on for six things I’m doing with my daughter now to teach her about race and diversity. 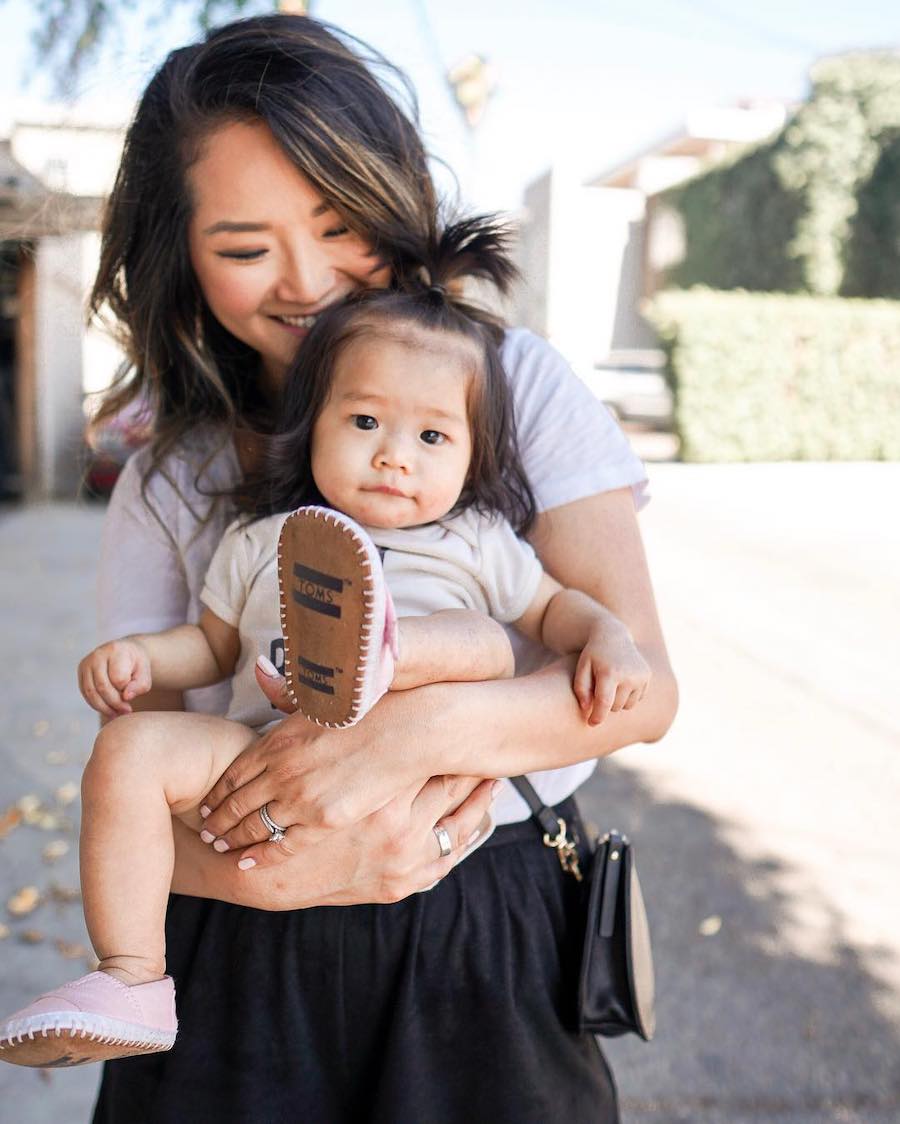 It has been an eye-opening couple of weeks. I never knew how little I knew about racism, becoming anti-racist, and the societal structures that we live in. I want to set a good example for my daughter, so the first steps I need to take are for myself. My reading list has shifted from beach reads to educational books on racism, and I’m watching shows and listening to podcasts that are helping me learn something new every day.

We have tons of books and some include stories of diverse characters, but not nearly enough. I love a nostalgic book like Goodnight, Moon and Brown Bear, but in addition to those classic throwbacks, I’m paying much closer attention to the books that fill the nursery. I now keep lists of books celebrating diversity handy. We pull ideas from these lists when it’s time to add a new book to our collection. I’m also buying these books from small Black-owned bookshops instead of the big sellers I normally buy from.

3. Our playroom will highlight diverse toys

As a child, all I wanted for my birthday was an American Girl doll that looked exactly like me. And at first, when shopping for dolls for my daughter, my instinct was to look for ones that looked like her. Now I know that we need to showcase much more diverse looks in our play. So instead of an array of baby dolls that look like my daughter, I’m seeking out ones that very much do not look like her. In addition, our toy wish list consists of items that showcase diversity and allow for an opportunity to learn about different cultures. 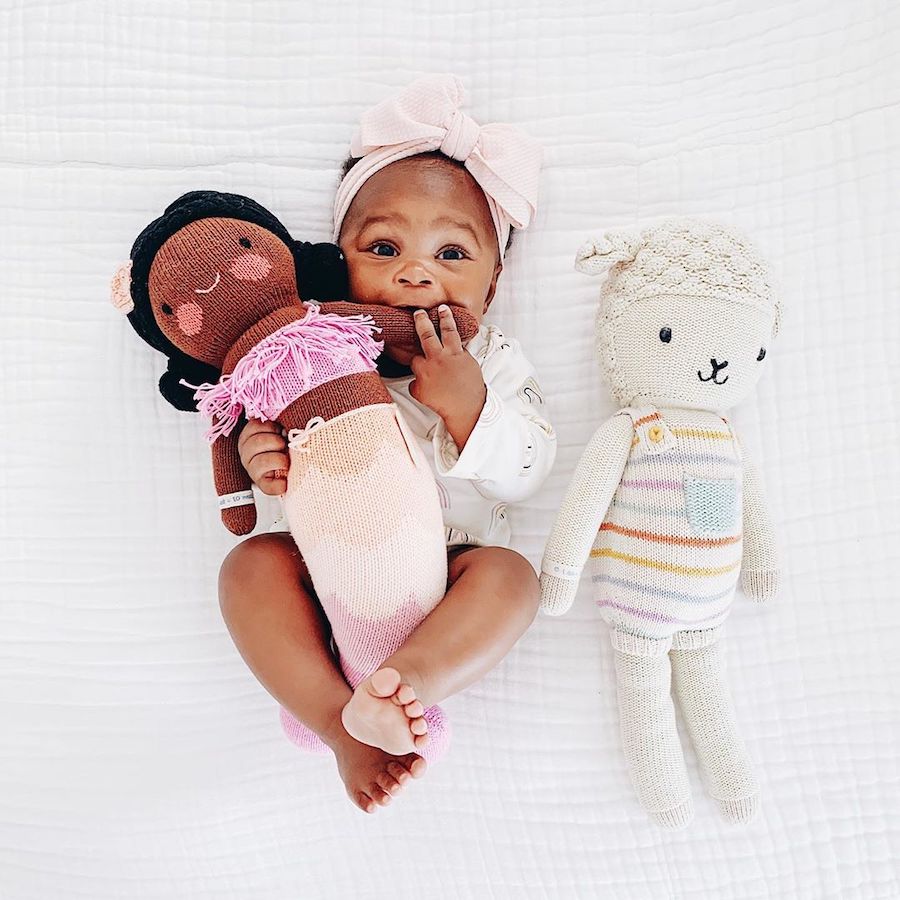 Granted right now, all of our kid hangouts have been on hold, but I do look forward to attending music groups, storytime, and swim class when the time comes. Previously, I wouldn’t have really considered who else was in these groups, but now I will be making an effort to attend groups that have diverse attendees.

I am relatively new to the city where we currently live, so as a new mom I was very into attending different new mom meetups. Looking back, I realize that I often approached other moms (and their babies) that looked most like me, assuming we’d have the most in common to become mom friends. When we are able to rejoin mom and kid meetups, I will be making an effort to be more encompassing when introducing myself to potential new friends. I hope this will teach my daughter to seek out playmates that don’t look just like her.

It’s still a bit early for screen time, but around 18 months we’ll likely start introducing shows to my daughter. I plan to be selective with what we watch. I’m glad that there are many shows celebrating diversity and I hope this trend continues. And instead of just plopping my daughter in front of the TV so I can have some alone time, I plan to watch with her and will talk about the messages and storylines. I know at first she’ll have no idea what I’m talking about, but I want to get into this routine early.

I am decidedly not great at languages and even though I recently lived in Spain for a year, my Spanish is rough at best. But I do know enough to bring a bit of Spanish into my daughter’s limited vocabulary. Right now her vocabulary consists of “baba,” but I know that in the blink of an eye my daughter will be a chatty toddler, so I’d love to introduce a second language to her.

One study has shown that being exposed to and learning a second language can foster empathy in children. Empathy, openness, and interest in other cultures all go hand-in-hand, and if learning another language can contribute to this, it’s an activity worth doing. I’m not expecting her to be fluent, but exploring another language and reading bilingual books is a great place to start.