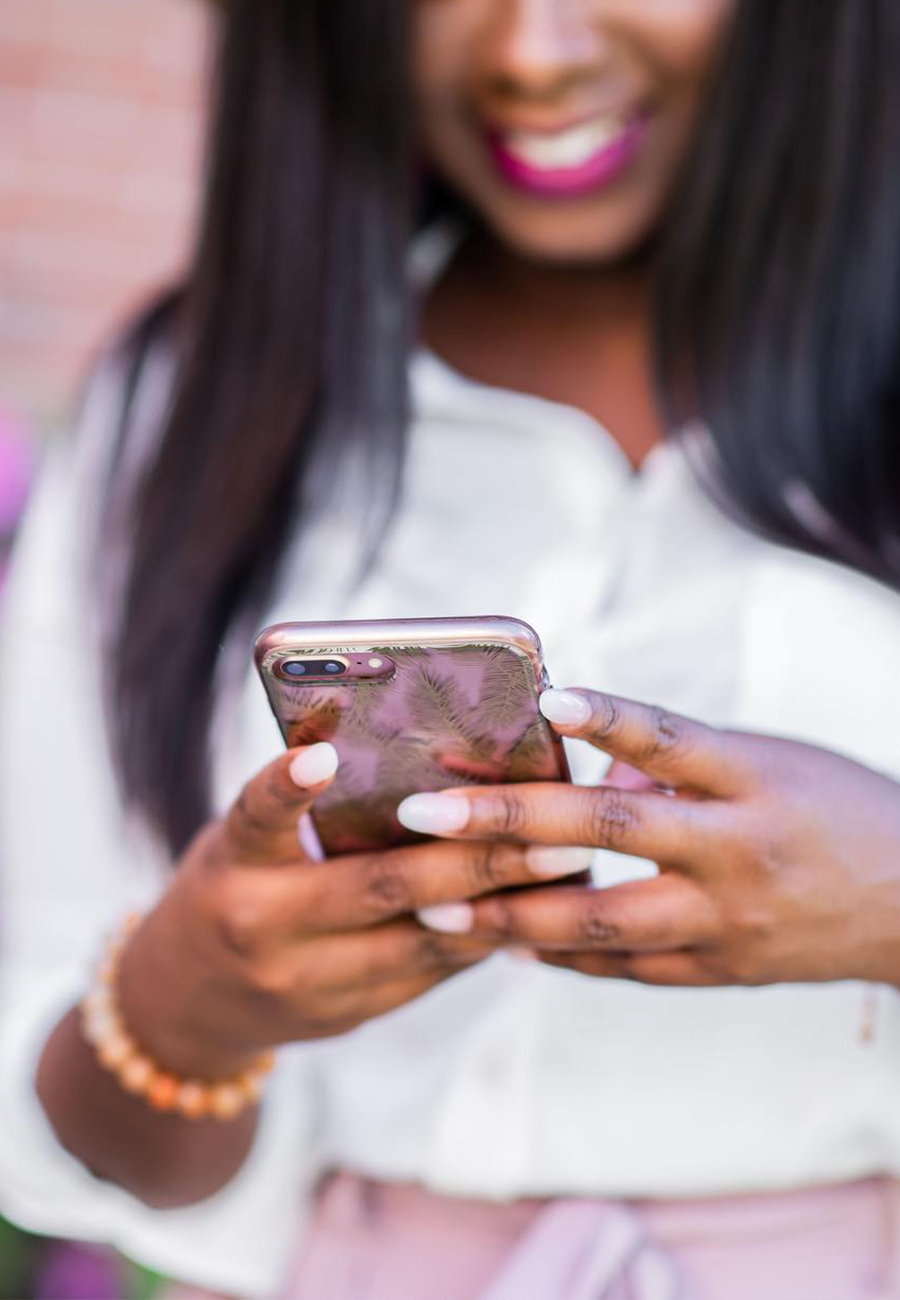 I generally identify as a person who has good social media and cell phone balance.

I try to keep my phone away when I am engaged with my kids, I don’t have it out during meals or small gatherings, and I am pretty laser-focused when it comes to my time at work. However, I saw a post by a blogger recently that connected somewhere deeply. After being noticeably absent from the app for four months, she expressed that she had been sitting up in the night feeling burnt out and overcommitted and had decided to try a month offline. It felt so great she extended it to four.

Suddenly the idea of a social media break sounded really good. With a newly 3-year-old and a 5-month-old baby, I was just returning to work and adjusting to a new normal. Life felt busy, so it seemed like the right time to take a week. I asked my husband if he would do it with me and we both deleted our social media apps that Monday night.

But by day three, I found myself replacing that act with other meaningful things, all of which fell into one of three categories: connecting with my kids, connecting with my husband, and connecting with myself. Each night, my husband and I would chat about how we felt, and it seemed like we agreed that life felt progressively less stressful as each day without social media passed.

There were a few major things that we couldn’t deny: 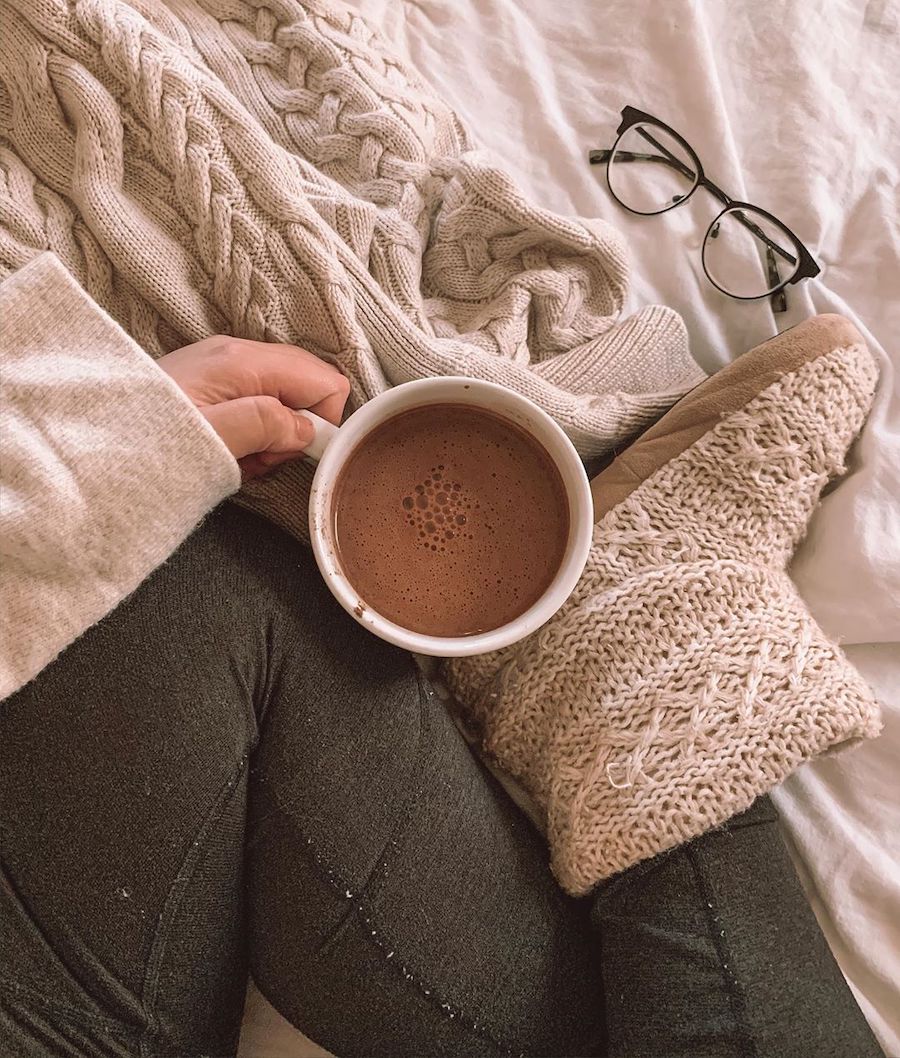 We were MUCH less stressed

I attribute this to a few different things, but we felt it immediately on day one. At the end of the first day, my husband noted that he never felt short or impatient with the kids, which is especially notable because he is home with them all day on paternity leave. The end of the day didn’t even feel like the normal burnt out and ready to fall asleep on the couch that we had chalked up to life as parents of two. We had energy to talk, clean, meal prep, have a date night, or actually watch the show or movie we put on.

When I think about it, it makes so much sense—there are many moments throughout the day where we pull out our phones for five minutes when instead, we could just be enjoying the quiet. Moments like that are opportunities for self-care that our phones were distracting us from. In the quiet of the morning, while waiting for the coffee to brew, I decided to do some light yoga and stretching while my phone sat untouched. That 15 minutes of calm and relaxation was invigorating. The accumulation of those small moments of self-care adds up to a much less stressed mom at the end of the day.

We were more appreciative of one another

Taking time to just breathe and look around instead of grab the phone meant that I noticed my husband more often. I noticed when he was close to me and reached out instead of reaching for my device. We realized we had gotten into a pattern of picking up our phones to catch up on the news when the other was taking on the weight of whatever activity we were doing.

Without that crutch, I noticed my husband cleaning the house or washing the dishes. He noticed when I had a hair change and acknowledged my block tower building skills. I got to enjoy watching him and the kids play together and realized just how engaging he can be with a wooden train set. I noticed when my preschooler cleaned his toys up, when the baby took a long nap, when they both laid together on the floor so the older could show the younger a picture book. We said thank you more. We hugged more. Our house felt more full of love and admiration than it has in a while. 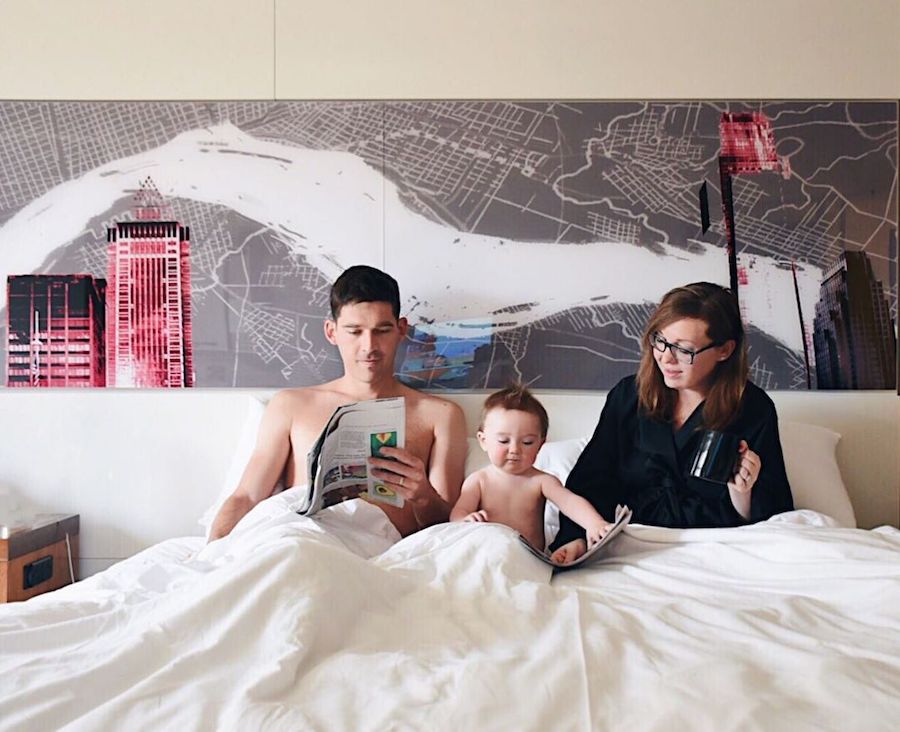 Our sleep was better

This one is plain and simple. We fell asleep faster, slept deeper, and slept longer. Our kids did too, which we generally consider as being related to how engaged we were with them all day long without our phones to distract us.

I missed my friends quickly because we often see what others are doing on Instagram and feel like we are “keeping up.” Without it, I had to text and call my girlfriends, and it was SO GREAT. I got actual updates about what was going on in their lives—with detail.

I felt more connected to many of my friends throughout the week, and I was able to do so while taking no time away from my family or my self-care. A phone call during the drive to work, a few texts after bedtime; it was a more meaningful kind of connection that I didn’t know I needed. 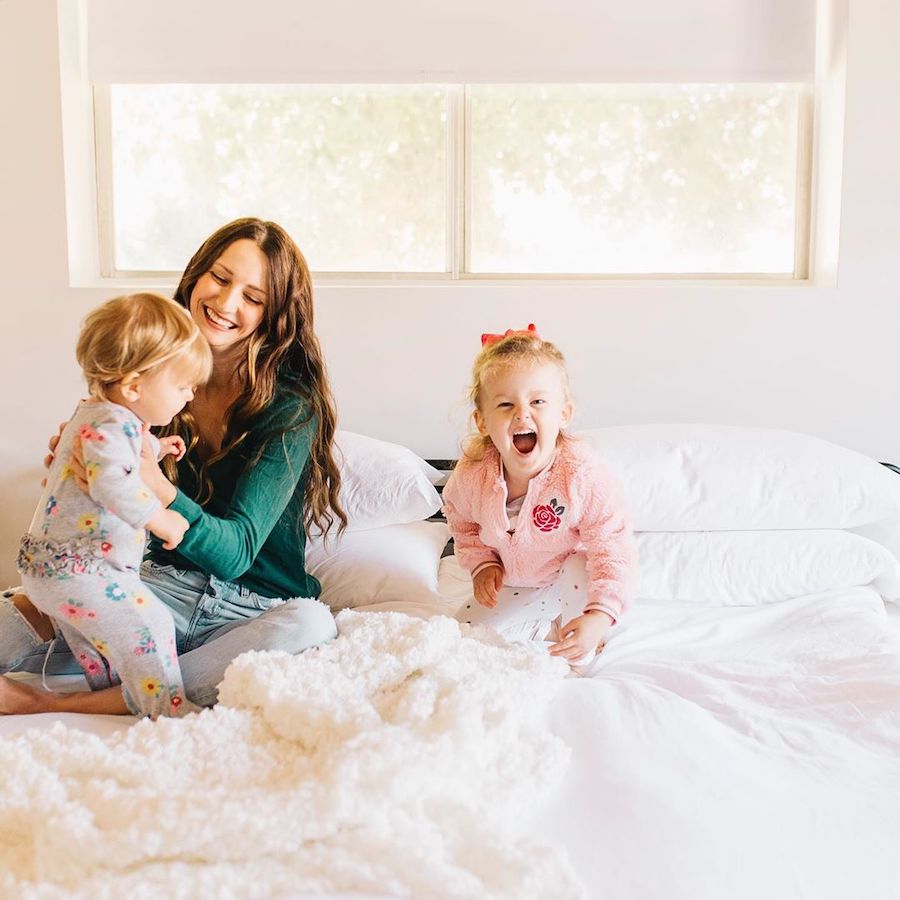 Our kids were happier

We were obviously happier too (see above), but holy moly were our kids happier. Without social media to look at while I was nursing, I sang and talked to my little guy, sometimes having to take breaks from eating due to the giggles. When he was falling asleep, I got to appreciate his tiny nose and his perfect baby skin–the time is fleeting, and I already feel like I’ve lost some of it by staring at a screen instead of his squishy little cheeks. When he was awake, our interactions were so much more constant and fun.

Both my husband and I thought we had that nailed, but we realized that often when he seemed occupied with a toy, we were looking at our phones. Whether briefly or not, it still obviously impacts the level of engagement we have with our kids. When our older son wanted to ride his bike, I ran along beside him, encouraged him, appreciated just how strong and fast he has grown. The baby, who doesn’t cry much, somehow cried less. The preschooler laughed more, and we had virtually no threenager tantrums the entire week.

We were responsive to both of our kids more quickly because we weren’t distracted. They weren’t interrupting us from our device time, and we were able to prevent problems for both kids because we didn’t have notifications breaking our focus. We spent incredible amounts of time together as a family, and my proverbial “cup” felt full every day.

I wonder now, after a week “off,” how many moments I might have missed in the past. How I may have used that time to scroll through my phone, connecting with a bunch of people who mean so much less to me than the three people in front of me. 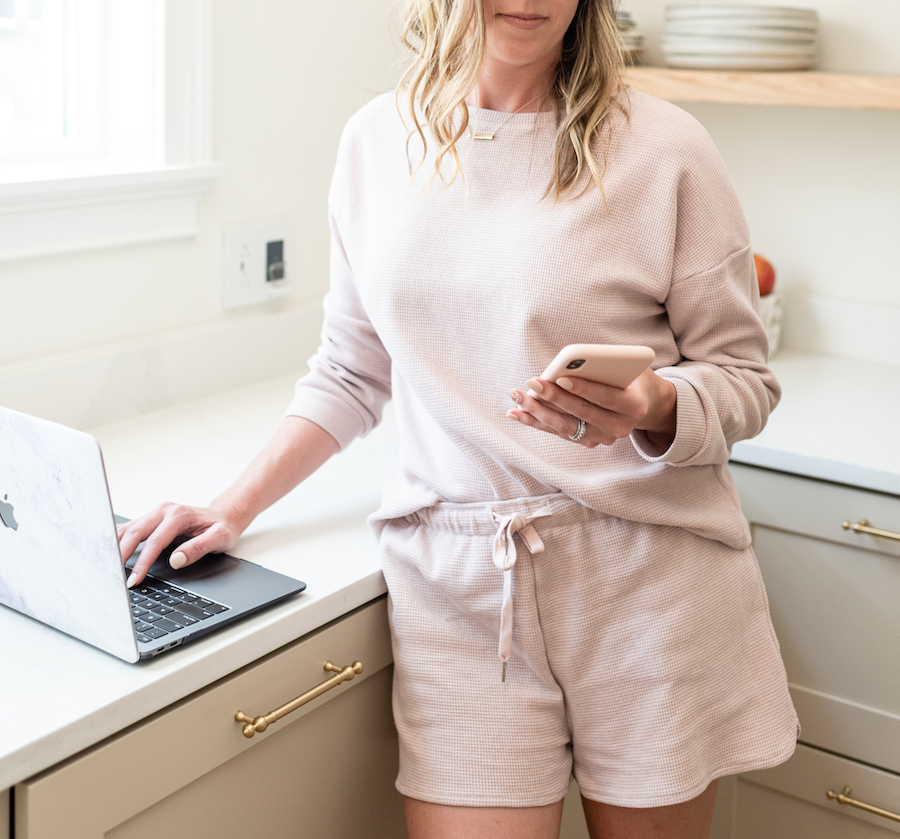