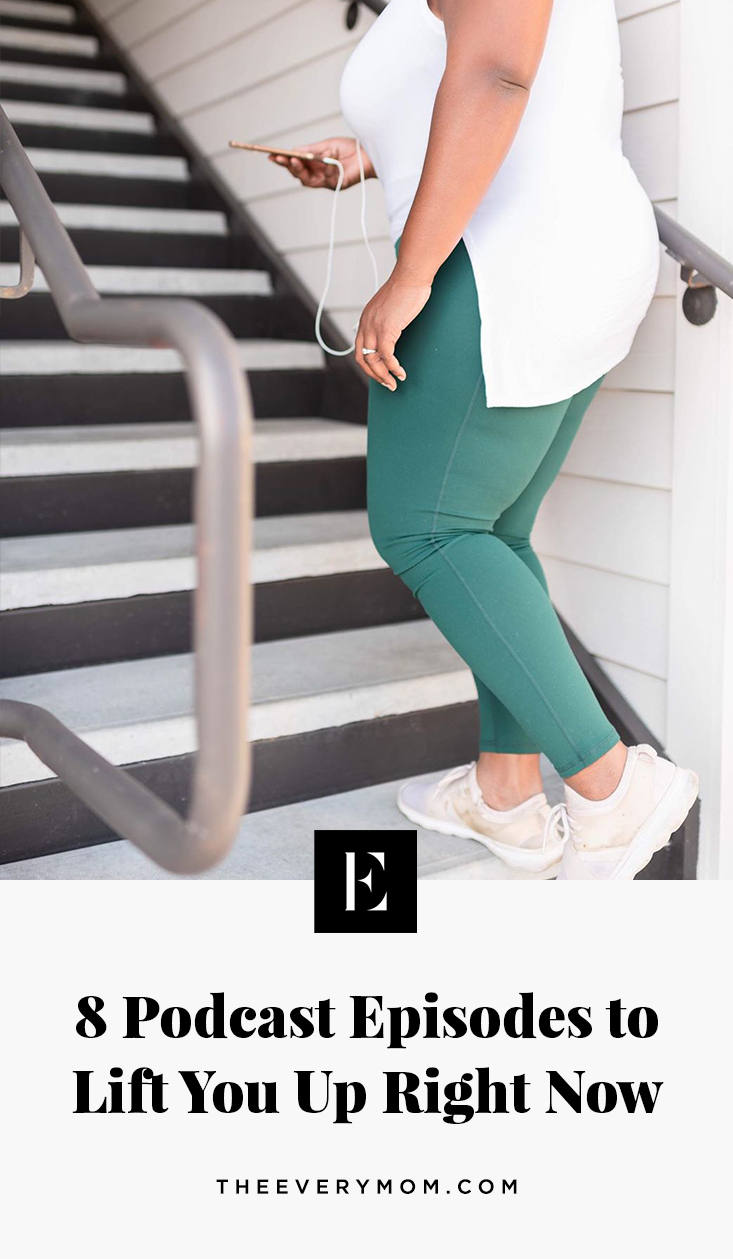 Many of us are looking for a little escape from the news and daily reminders that life isn’t going back to how it was a few months ago for a while. Whether your escapism involves reading a new book, watching an old standby streaming series, or scrolling through old pictures on your phone, all of us could probably use a little positive distraction right about now.

I was late to discovering the beauty of podcasts. There are certain episodes that have stuck with me both because of the stories told and because they made me feel something—whether it be wonder, a heightened sense of self-awareness, or simply happiness. Many of the episodes in this roundup came as recommendations from friends and our editors.

Enjoy this collection of podcast episode favorites to help lift you up right now.

Described as “an unconventional love story about a teenager, the Pacific Ocean, and an encounter with something wild,” this story touches on nature, motherhood, and more as told by the woman who experienced this remarkable encounter. Listen here.

Jonathan Goldstein’s mission in his podcast Heavyweight is to “travel into people’s past to help them repair something that’s been troubling them.” And if stories about old people get you every time, you’ll love listening to the story of Beverly and Van, a lifelong friendship that left unanswered questions for Beverly’s granddaughter. And if you love “Beverly and Van,” listen to the first Heightweight episode “Buzz” a story about the podcaster’s own father and his estranged brother Sheldon.

A light-hearted interview with one of the most down-to-earth Hollywood actors, Mila Kunis. She discusses teenage shenanigans, meeting her now-husband Ashton Kutcher at age 14, parenting their kids, and more. I was laughing out loud and came away an even bigger fan.

These two phenomenal women come together in front of a live audience to talk about what life is like for Michelle and Barack now that they are officially empty nesters. They also discuss the ups and downs of their 28-year marriage, her favorite TV shows, and more.

This isn’t a crime show podcast; rather, it’s an engaging podcast hosted by Starlee Kine as she and others solve everyday mysteries. This particular episode pulls at the heartstrings as Starlee and her friend make a disturbing observation at a red light and discover things aren’t always as they first appear.

7. Modern Love – “Despite the Losses, So Much Gained”

Modern Love is all about love, loss, and redemption, so this story is a little heavier than these other recommendations. You can’t listen without having to endure a heartbreaking loss. But this is a beautiful story about the people who unexpectedly impact our lives.

This episode shares three women’s individual stories about family and history, but since this list is about lifting you up, we’re highlighting the middle story, told by Anaïs Bordier, that sparked from a surprising connection on social media. You only need 15 minutes to listen to her amazing story.

This article was originally published on May 20, 2020 and has been updated for timelines.