Things To Do
written by CARMEN GARCIA-SHUSHTARI
November 13, 2021 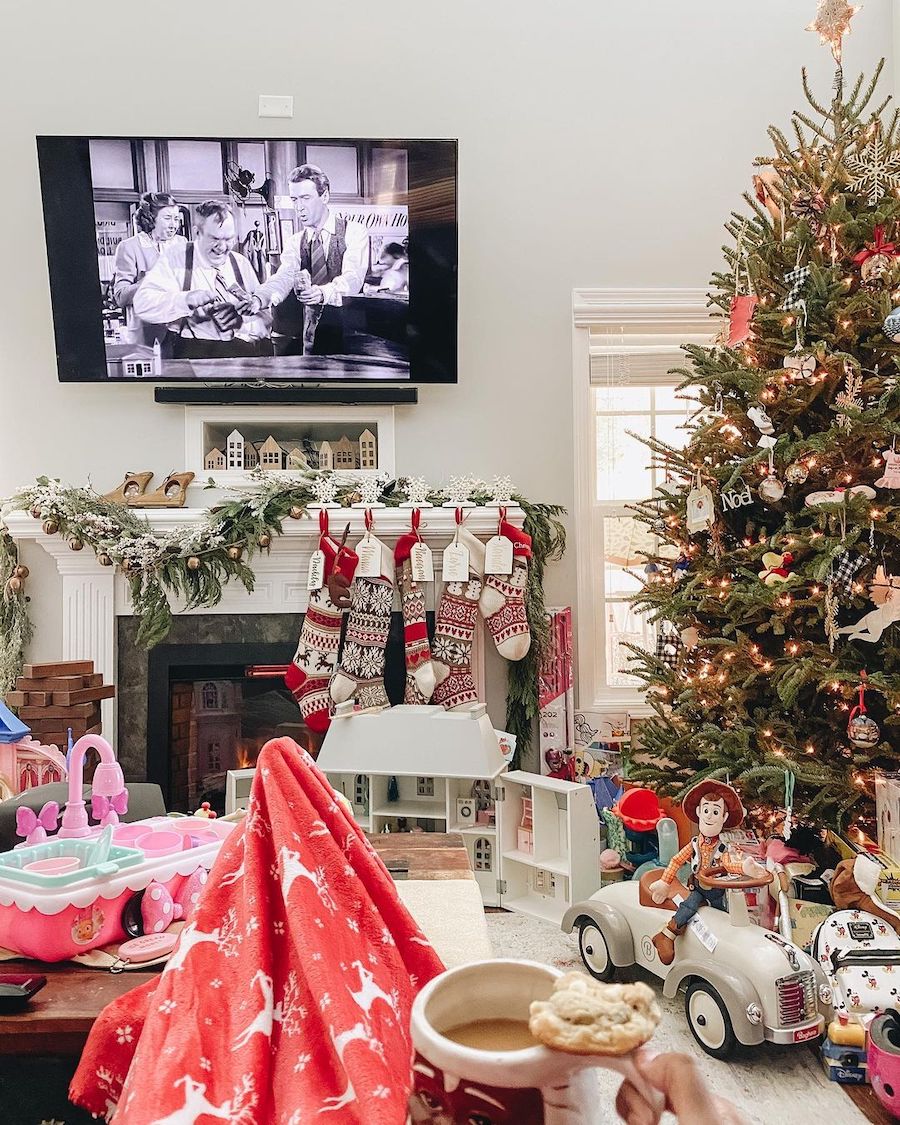 We’ve all heard Gretchen Rubin’s saying about parenthood: “The days are long but the years are short,” and I’m sure we can all relate to the sentiment behind this meaningful quote. But what do you do when the days are particularly long and you’re counting down the seconds for the kids’ bedtime to come so you can finally decompress? If you’re anything like me, as soon as my boys go to sleep, I have a date with my comfy couch and my best friend, the remote control, to spend hours immersed in the black hole of TV watching. It’s my favorite activity to do on a hot summer night or a cozy winter evening.

Lately, I’ve exhausted all the new TV shows and movies I had been wanting to watch, so I’ve turned to my old faithful genre: retro romantic movies. There’s just something comforting about watching movies from your past that gives you the warm fuzzies as you take a nostalgic viewing down memory lane. Watching movies from your past is like opening a time capsule into your pre-kid life. Below are five retro romantic movies to cozy up to this season (or any time of year!). Enjoy going back to the future with these blasts from the past!

If you’re a hopeless and proud romantic, Only You is made for you because it’s not only set in dreamy Italy, but it also explores the meaning of destiny (el destino) and who we are meant to be with. When Faith, played by Marisa Tomei, was 11 years old, she discovered through a Ouija board and from a fortune teller that she is destined to marry someone by the name of Damon Bradley.

Many years later, as an adult, she is engaged to a podiatrist not named Damon Bradley. But el destino has other plans—one day, she answers the phone and her fiance’s old school friend, Damon Bradley, is on the line! This catapults her and her best friend, played by Bonnie Hunt, to go on a spontaneous trip to Italy to find the supposed love of her life. Destiny and a chance encounter with Robert Downey Jr. have other plans for Faith’s true love story!

Anything with the formidable Diane Keaton is gold for me, and Something’s Gotta Give is no exception! When notorious womanizer Harry Sanborn (Jack Nicholson) and his much younger love interest Marin (Amanda Peet) plan a sexy weekend at the Hamptons, things don’t go according to plan as he suffers a heart attack during their romantic encounter. After being ordered on bedrest by his handsome doctor, played by Keanu Reeves, Harry finds himself being cared for by Marin’s mother, the accomplished playwright Erica Barry (Diane Keaton).

Erica is disgusted with Harry’s proclivity for much-younger women. But Harry discovers, much to his surprise, that he is falling in love with Erica, who is also being pursued by the handsome doctor. Turns out Erica is not an easy conquest and, in many ways, out of Harry’s league!

Set in the winter of 1959 in a quaint, traditional French town with cobblestone streets and cafes, this classic nostalgic flick will satisfy your sweet tooth and melt your heart as you immerse yourself in this story of love and self-discovery. The villagers are in an uproar as its new residents, the mysterious and alluring Vianne (Juliette Binoche) and her spirited daughter, have the audacity to set up an unusual chocolate shop during the season of Lent.

Vianne appears to have a special knack for discerning just the right treat to satisfy the cravings of anyone who dares to enter her chocolaterie. Turns out, giving into the temptation for chocolate opens up everyone’s world to welcome joy and love. But when a handsome stranger (Johnny Depp) visits the town and befriends Vianne, she goes on her own journey of discovering her own desires and passions!

Where to Watch: Watch on Amazon Prime Video or rent on Apple TV

Starring the one-and-only Meryl Streep (need I say more?), this entertaining romantic comedy explores the question, “What would happen if you had an affair with your ex-husband?” Short answer: It’s complicated.

Jane (Meryl Streep) appears to have her divorced life all set as a successful restaurateur who doesn’t sleep on one side of the bed anymore. But what started off as a one-time escapade with her ex-husband (Alec Baldwin) now proves to be more complex as Jane must decide between her ex and her new architect suitor (Steve Martin), who is still scarred by his own divorce. This love triangle, which actually appears to be more like a love rectangle, definitely proves to be complicated for all parties involved!

Where to Watch: Rent on Amazon Prime Video or Apple TV

In its purest sense, this is a story of a girl standing in front of a boy asking him to love her—except the girl happens to be Anna Scott, an international movie star played by Julia Roberts, and the boy, William Thacker (Hugh Grant), is an average bloke who owns a mediocre travel bookshop in Notting Hill. They have a chance encounter over spilled orange juice, and the attraction (and kiss) soon follows.

These star-crossed lovers have to reconcile their two disparate worlds because love is in the British air. The movie is a delight for Anglophiles like me and provides picturesque scenes of the eclectic and colorful Notting Hill neighborhood made world-famous through this film. Plus, you get just the right amount of British humor through the scenes with Hugh Grant’s quirky flatmate, Spike (Rhys Ifans)!

Once the kids go to bed, make yourself that hot chocolate, put on those fuzzy socks, wrap yourself in that cozy blanket, and watch one of these retro romantic films. These movies are the perfect antidote to our busy lives that never lose their ability to pull at your heart strings. 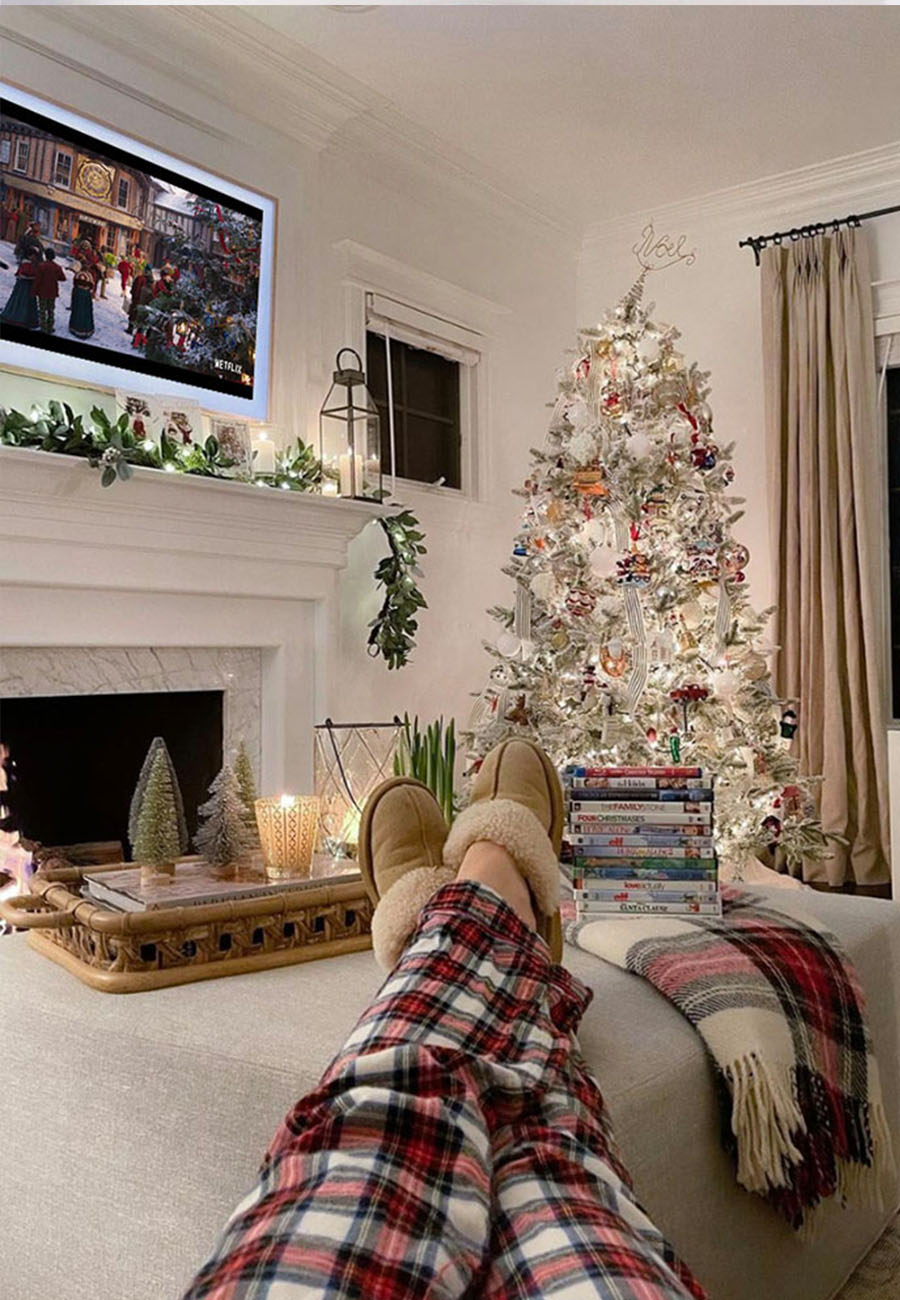