Back to School
written by KATHY SISSON
August 18, 2022 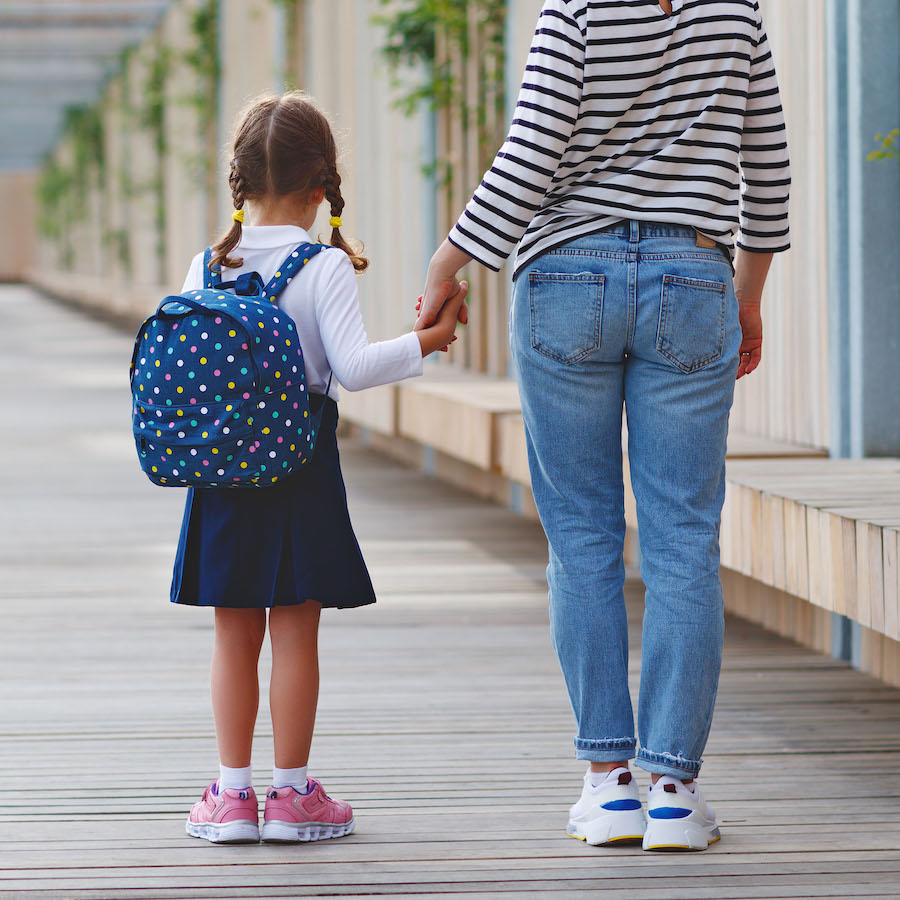 The conflicting emotions I feel during the first day of school always surprise me. While I’m excited to get into a regular routine after a more unstructured summer, the start of the new school year makes it impossible to ignore the fact that my children are growing up—a new grade, another year older, an inch marked on their growth chart.

Last year, I sent my youngest child off to kindergarten—the last of my kids to cross the elementary school threshold. With her backpack slung over her tiny shoulders, she was bubbling with excitement. She didn’t even want me to walk her to the door of the school, so I watched her and her sister fade into the swarm of other little people from the car.

As much as I wanted to celebrate her independence and confidence, I also wondered if I was also witnessing the end of something. Did it mean no more holding hands, carrying her on my hip, or kissing her goodbye? Was my baby officially a kid, now?

The good news is that I still do all of these things sometimes, even with an incoming first grader. But there are some lessons I’ve learned now that I’ve been a kindergarten parent twice over. Here are a few things I wish I knew before the first day of kindergarten.

Some kindergarten friendships will last through the school year and beyond, some will fizzle out, and some might last a lifetime. But I’ve learned it’s best not to put too much pressure on early friendships. So much of the year is about building social skills through play, classroom activities, and more. To help support their social growth, lean into inclusivity when it comes to birthday invites, playdate meetups, etc. Get the other parents’ numbers—even if it feels awkward to ask. 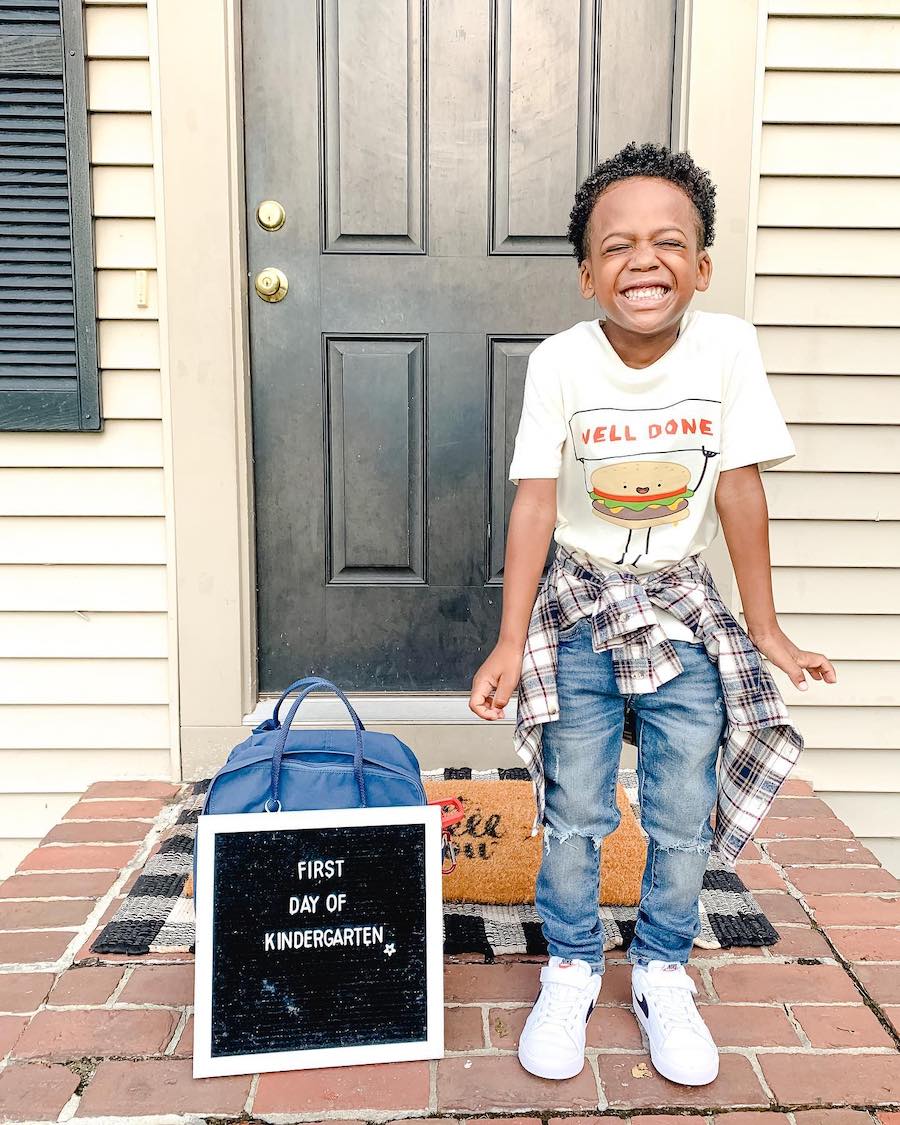 Sometimes They Have to Figure It Out on Their Own

Of course, it’s hard not to hurt when your little one has a rough day on the playground or when they tell you that the person who was their best friend on Monday has a new best friend on Tuesday. Listen to them, empathize, and talk it out. If it seems like a serious issue, consider reaching out to their teacher to get the other side of the story. But take heart that most kindergarten friendship “drama” will work itself out.

Additionally, kindergarten is a time when they’re learning responsibility, so if they forget to pack their water bottle or bring their library book to return, resist running home and dropping it off for them. The natural consequences of forgetting will hopefully help them remember the next time. Plus, any practice in responsibility you do at home will certainly be noticed and appreciated by their teachers.

Their Interests Are Fluid

From favorite shows to sports and activities to what they like to wear, kindergarten is often about trying new things and seeing what sticks. At age five, my oldest daughter was a Disney-princess fanatic. Years later, I have to bribe her to wear a dress.

So sign them up for soccer or art class or ballet (maybe not all three at once if you also want to have a life). It’s a joy to discover what they’re into and what they get excited about. And maybe don’t shell out for the pricey Paw Patrol backpack if you’re hoping to use it for more than one year.

Of course, if homemade crafts and cute lunch box ideas bring you joy, go for it! But don’t be too hard on yourself if you don’t have the time or energy to devote to making each day feel extra special.

The same goes for class parties: games and holiday-themed crafts don’t have to be elaborate. Kindergartners are just as excited about a free printable coloring page you grabbed off the internet as they are for a pipe cleaner, glue-stick, and construction paper creation. Also, remember these things often end up in the garbage, smushed at the bottom of a backpack, or go uneaten at lunch, so don’t stress about them too much. 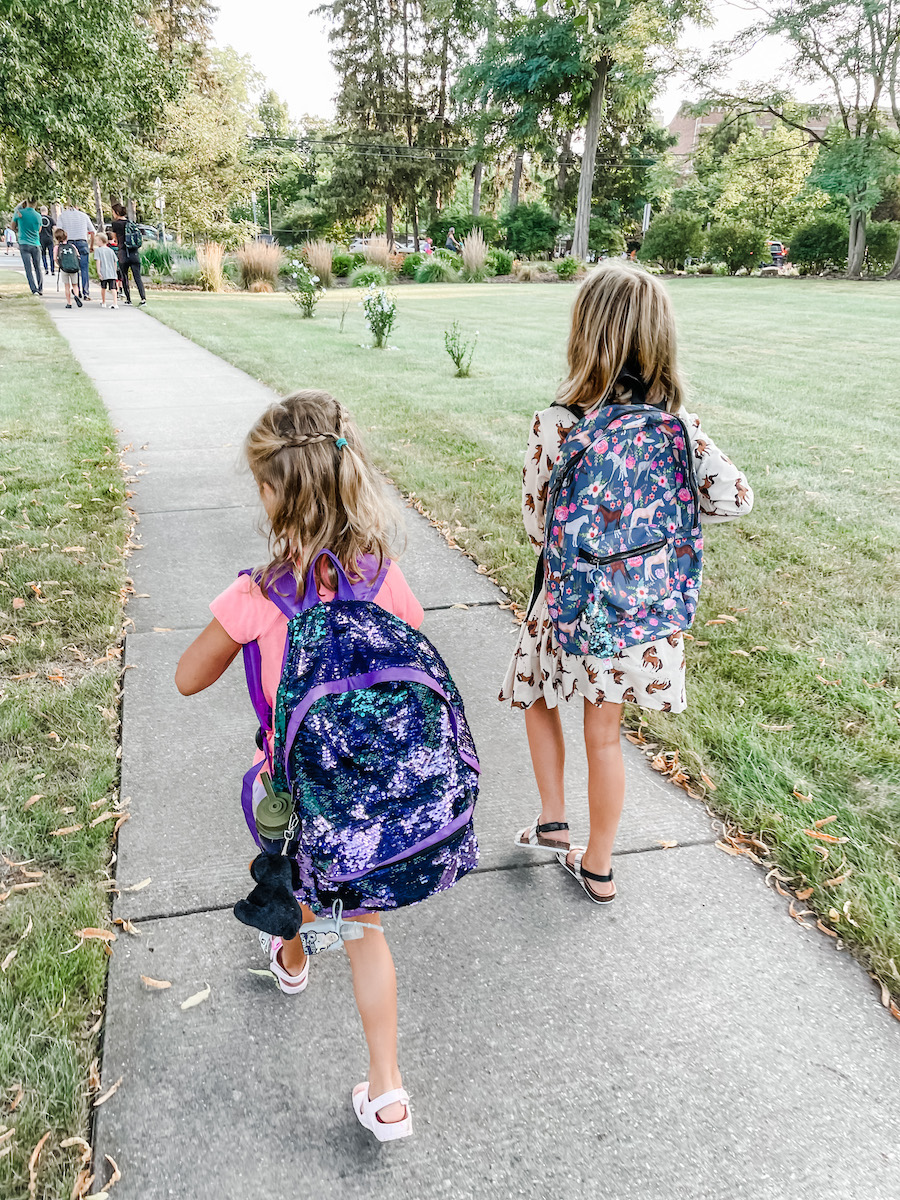 Showing Up for Everything Isn’t Always Possible

We all want to show up for our children, but sometimes work obligations, logistics, and even having more than one kid to support gets in the way. Sometimes you have to make trade-offs.

One thing I quickly learned in my first year as a kindergarten parent was to only volunteer at school where it was visible to my kid. I signed up for a bunch of opportunities that interested me (art club and reading club) only to discover my kid wasn’t even old enough to participate in those activities. By the time I had my second kindergartener, I only volunteered where I knew she would see me. I also talked with her about her priorities—when did she really, really want me or her dad there?

I also learned you can outsource these showing-up duties—a grandparent, neighbor, or other special people can be just as meaningful to them. For my kindergartener’s “All About Me” presentation at school, she was allowed to choose one special visitor to accompany her. Instead of wanting me or my husband, she chose her older third-grade sister. The teachers coordinated, and we received a smiling photo of the two of them in front of the class.

There’s Just Something Magical About Kindergarten

On the last day of kindergarten, my daughter hugged her teacher goodbye with tears in her eyes. No one wants to leave kindergarten. It’s a transition for kids and for parents, but it’s one filled with magical moments where kids still get to be little while learning to read, write, make friends, and gain independence. It’s a magical year, so enjoy it! And just like my daughter, you might not want it to end. 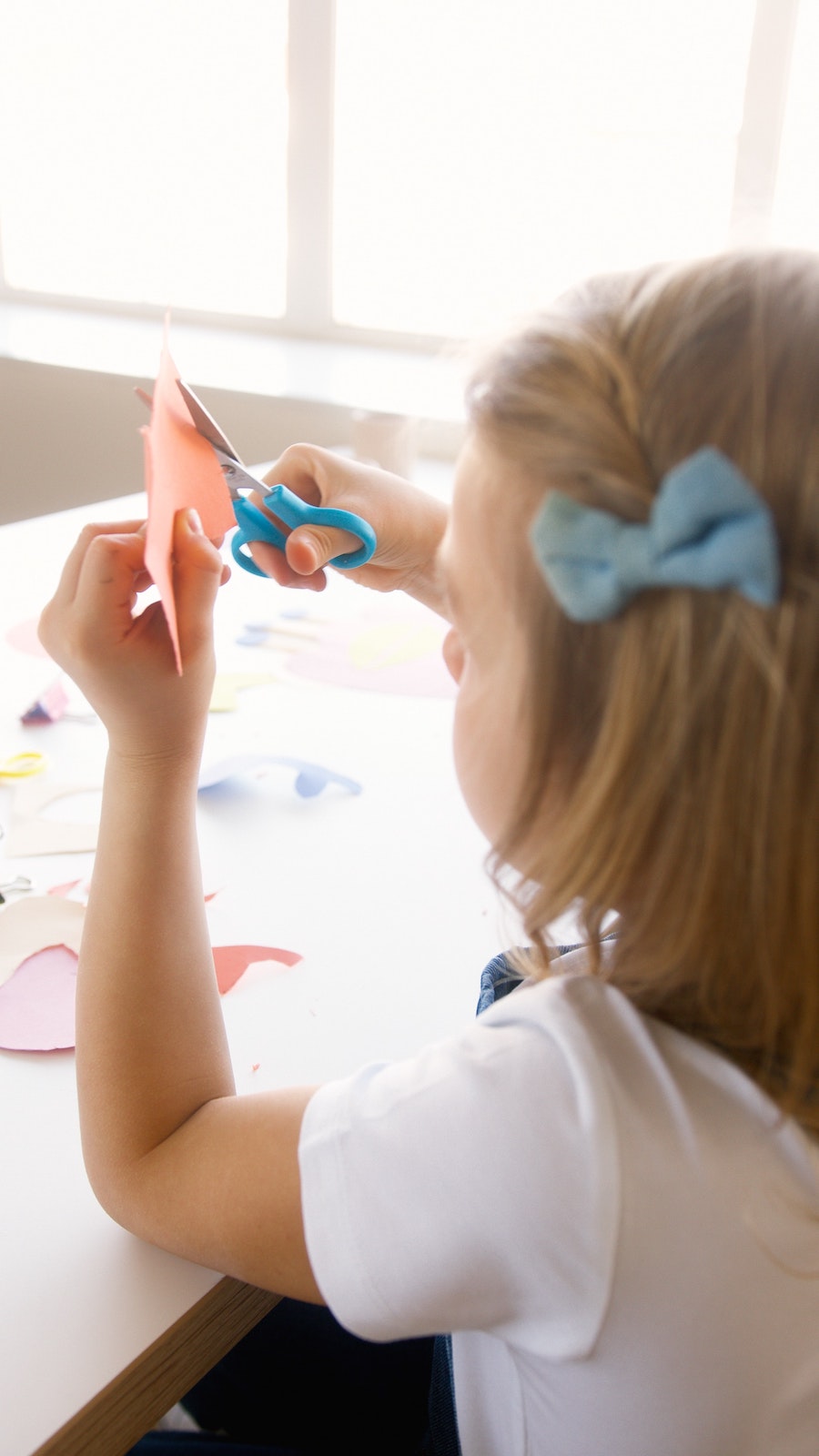 Kid Headed to Kindergarten? Here Are 5 Skills to Work on Now
Click to Read