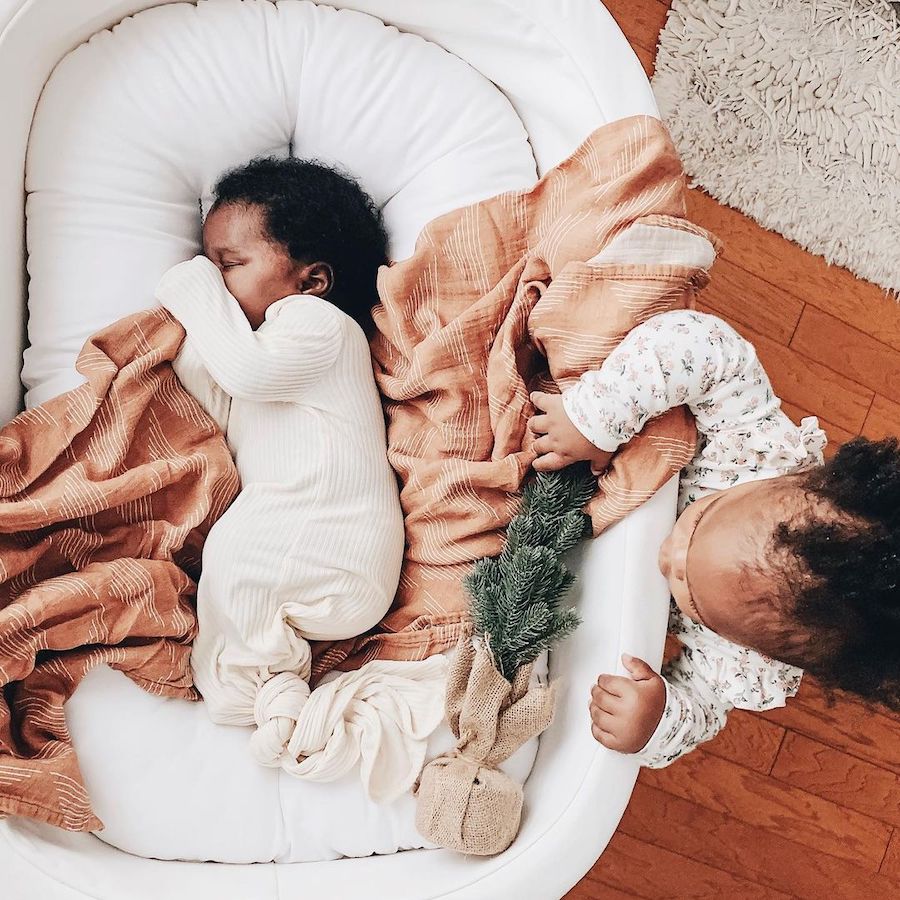 The due date for my second son was Thanksgiving Day. It didn’t matter if I went a little early or a little late, I was going to have a newborn right smack in the middle of the crazy holiday season. And sure enough, he arrived almost exactly on time. I went into labor as we packed up the turkey leftovers post-Thanksgiving dinner and ended up giving birth at 3 a.m. the next day. We soaked up the moment and snuggled the best Thanksgiving treat we had ever received.

But a couple of days later, as we returned from the hospital, the reality set in that not only did we now have a second child to care for, a brand new itty bitty baby, but we also had Christmas cards to send out; gifts to buy, wrap, and ship; and a whole house to decorate. It was quite different than our first time around, having given birth in April. Back then, we only had springtime strolls to take, and that was about it.

So, we embarked on the wonderfulness of figuring out a new life during the craziest season of all. Over the next few weeks we survived, and dare I say, even thrived, thanks to some key decisions we made along the way. It wasn’t always easy, but there is no doubt that having a newborn during the holidays—whether it’s at the start of the season, like me, or right before December 25—also made it incredibly more special. Seeing the reflection of Christmas lights sparkling in my baby’s eyes during those late-night feeds is a memory I’ll treasure for the rest of my life.

But for surviving the other 23 hours of the day, check out my tips and suggestions below.

First and foremost, let go of any ideas that this holiday season will be just like those in the past. You have a brand new member of the family, and you’re most likely recovering (physically) and adjusting (mentally). This year will be different, there’s no way around it. But different doesn’t have to be worse. It’s just risky to have all the same hopes of past years because when they don’t happen (because, ahem, newborn life), you are bound to be disappointed.

So, avoid disappointment by trying to let go of all expectations. Letting go of expectations is not only wise regardless of what time of year it is, but especially right now. It can be incredibly freeing, letting go of pressures put on by others and yourself. Instead, embrace the openness of doing what works now in this specific season of life for your family. When there are no expectations, any success, no matter how little it may be, is a win, and during those early newborn days, little wins are big deals. 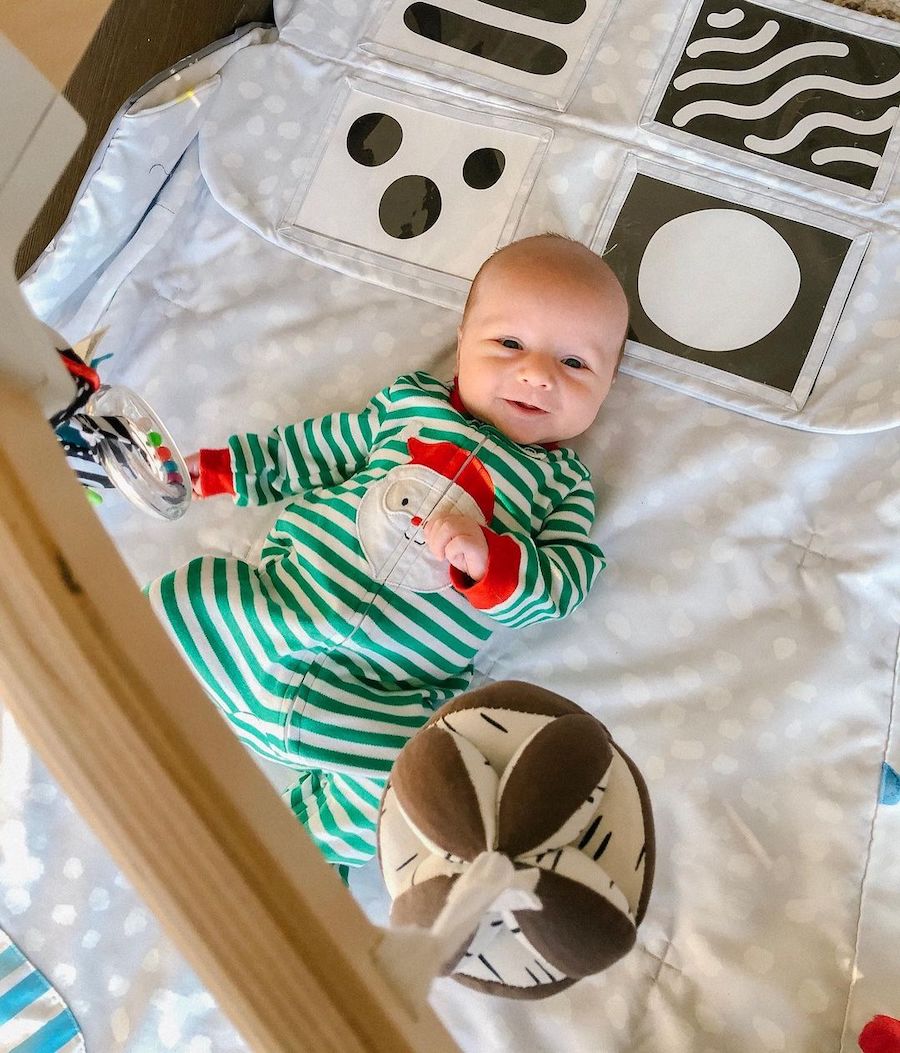 Simplify in any and all ways

This is not the year to go big or go home; it’s the year to be home and be simple. No need to do every single at-home holiday-themed activity leading up to December 25; picking just a few to lean into the spirit of the season is more than OK.

Combine any to-dos to make them easier in the long run. For instance, I planned to still send out Christmas cards the year we had a newborn since they are a usually holiday priority for me. But instead of doing cards and a separate birth announcement, we combined these into one, making it a whole lot easier. Family photo on the front, solo picture of the new baby on the back with his birth details. New Year’s cards work too if you miss any mailing deadlines.

Having a newborn during the holidays is also the best excuse to say “no” to travel and extra visitors and “yes” to help. Take a friend up on the offer to wrap your gifts or drop off a care package—and accept all the food. If there is an easier way to do something this holiday season or someone else who can manage it instead, ’tis the season to do just that.

Be open to new ideas

We often get quite comfortable in tradition, in doing things exactly how we’ve done them in the past, making it difficult to try anything out of the usual. But as you let go of expectations, allow yourself to be open to new ideas and new ways of celebrating. I encourage you to especially be open to any new options for the sake of convenience. Maybe it’s ordering in the pies instead of baking them. Or maybe it’s the virtual debut of your baby on Zoom with your extended family.

My husband is a “real tree only” guy, but with a curious toddler and a newborn, I encouraged him to try a fake tree. It’s low (AKA no) maintenance, less cleaning, and just an all-around better option for us. And guess what? It really was. He quickly got on board, and we’re doing it again this year, with now two incredibly curious toddlers all over the place. We still love real trees and will most likely have one again in the future, but for now, we’re all about ways to make the holidays easier overall. 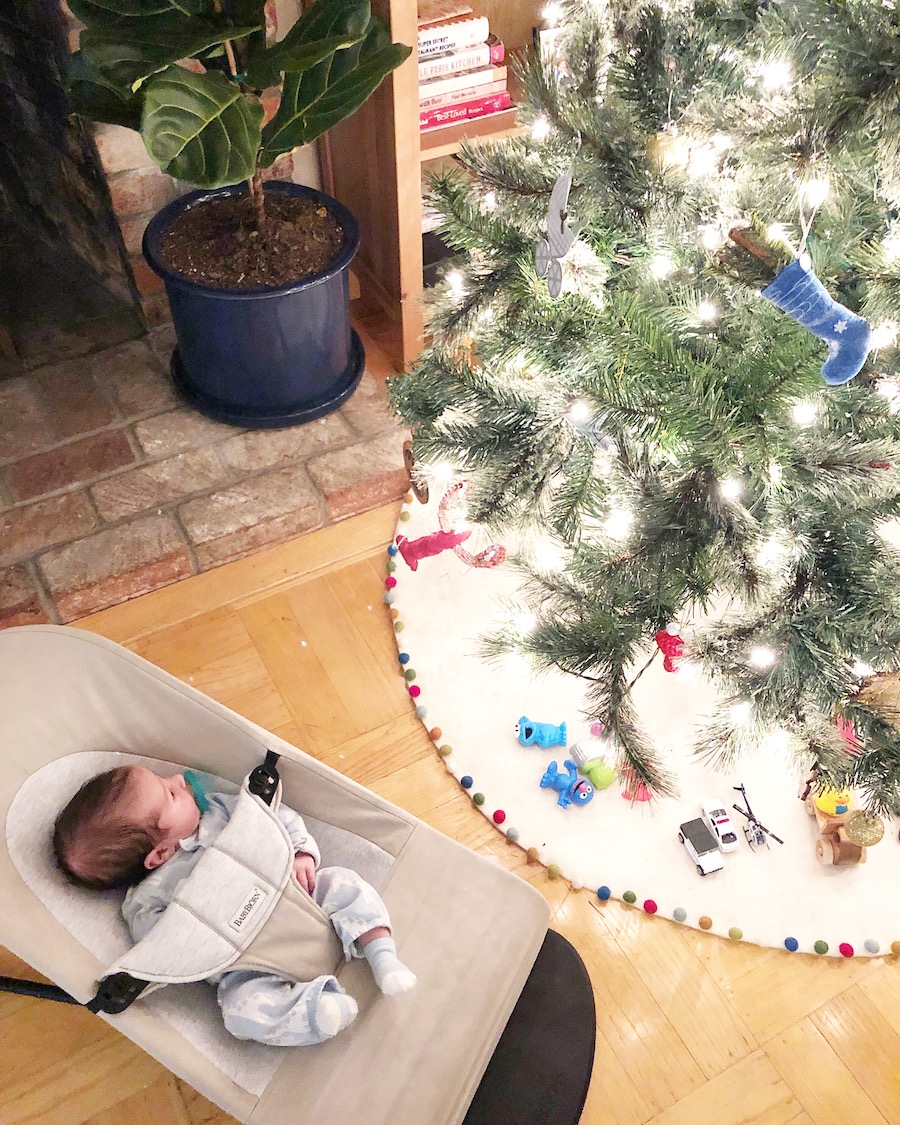 Last, but far from least, take a moment to really see the specialness of this time in your life, in this season. Not only for what the holidays truly stand for on their own but for celebrating a beautiful new life during this most wonderful time of the year.

Take the silly Santa hat pictures on your new baby. Dress them up in their newborn finest. Baby’s first Christmas is something to be remembered. We all know that time flies with little ones, but add in the craziness of the season, and before you know it, it’ll be the new year. And before you blink again, you’ll be celebrating that little newborn’s first birthday.

So, sit back and soak up the magic however it happens for you. Sip hot cocoa as you rock your newborn for the 100th time. Listen to the carols as you stuff and stamp the cards with him snoozing next to you. And stand in the sparkle of those Christmas lights as often and as long as possible. Those lights on the tree will forever hold an extra special meaning to me, guiding my way during all those late-night feeds, reminding me of how grateful I am to have had a newborn baby during this time of year. 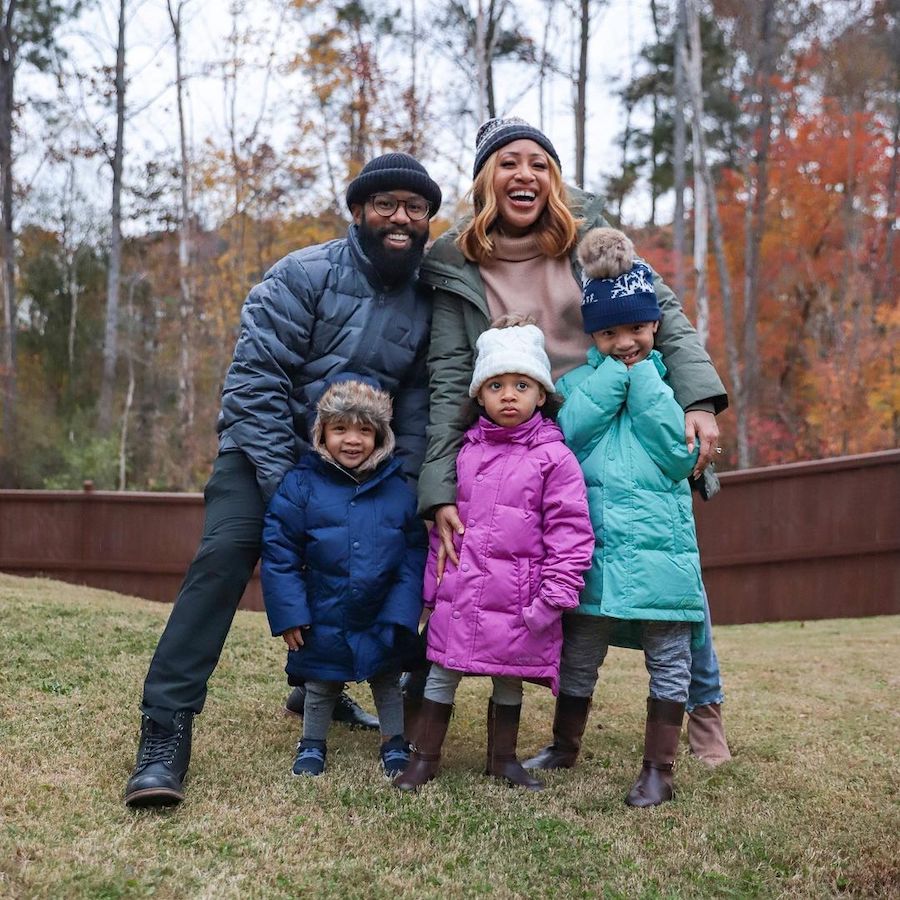