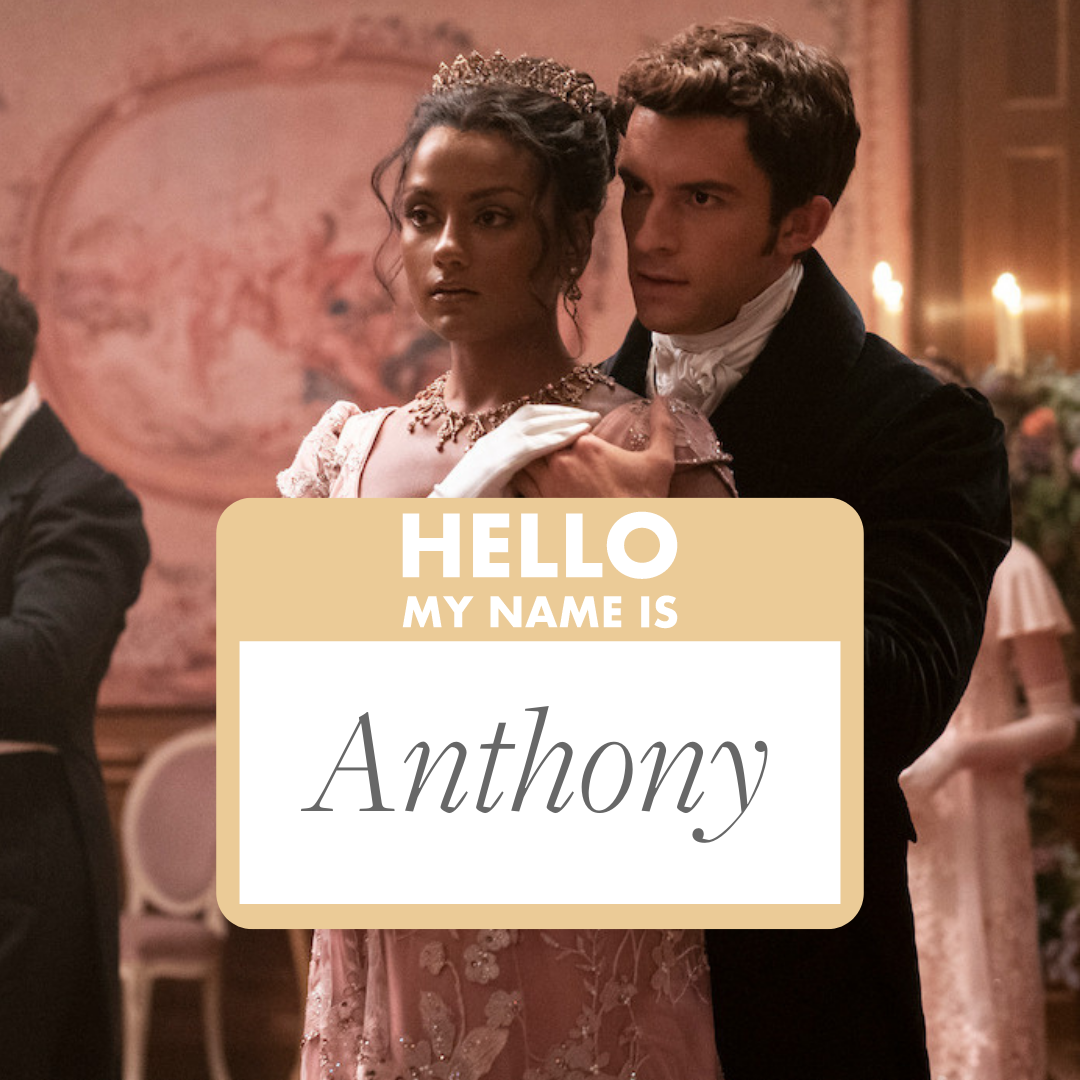 Choosing a baby name may be a daunting task, but it’s not for lack of inspiration. From books and movies to television shows, there are plenty of likable characters sporting some of the most beautiful, timeless, or otherwise unforgettable names around.

If the past few years have proved anything about our relationships, it’s that even the connections we forge with fictional characters have meaning. After all, isolated from family and friends, we often turned to the fabricated lives we saw on TV to carry us through those uncertain times.

Stories are like that. Whether they come through a page or a screen, they have power to connect, soothe, and sustain us. And, in the end, the fictional faces we meet along the way can feel less like make-believe people and more like friends. So is it all that surprising that we would turn to the TV for baby name inspiration?

If you’re building a baby name list, take a a cue from some of the television characters—both new and old—we’ve been loving lately. From Bridgerton and Emily in Paris to The Gilded Age and The Marvelous Mrs. Maisel and more, here are the best baby girl and baby boy names inspired by TV shows.

Cameron: A brilliant young computer programmer in Halt and Catch Fire, Cameron may have had an attitude problem, but she was cool and we loved her for it. Of course, Cameron also works as a gender-neutral baby name pick.

Camille: OK, OK, not everyone loves Emily in Paris, but the setting, fashion, and handsome French men at least attempted to make up for all it lacked. Consider the sophisticated name Camille, a friend of Emily’s, the cherry on top.

Liza: Sure, the plot of Darren Starr’s Younger is as unbelievable as Carrie Bradshaw affording that SATC apartment, but you have to admit the show is pure fun. Liza Miller, the brilliant book-lover with a big heart, may inspire a new generation of little Lizas.

Mabel: Maybe it’s her coats, or the sass that Selena Gomez brings, but this Only Murders in the Building-inspired name is a lovely nod to vintage names. Mabel means “lovable”—you can’t get cuter than that.

Marian: Looking for a nod to The Gilded Age? The show’s protagonist, Marian Brooks, serves as great inspo for a classic baby name. Besides you can’t go wrong with a name that means “the precious one” for your precious bundle.

Maya: Pen15‘s Maya Ishii-Peters may send us into fits of uncontrollable cringing, but we can’t help rooting for her all the same. Fiercely loyal to her BFF and lovable to the core, Maya offers a quirky twist on this darling name.

Miriam: The Marvelous Mrs. Maisel brought us enviable retro fashion, wit and charm galore, and one of the sweetest old-fashioned names we’re thrilled to see resurface: Miriam. Plus, “Midge” is the cutest nickname!

Orla: This endearing girl’s name is as offbeat and adorable as its namesake character in the Irish comedy Derry Girls.

Penelope: Why not take the name of Lady Whistledown herself? Penelope is an adorably trending name that means “weaver” and gives a nod to one of our favorite, and most crucial, Bridgerton characters.

Saira: She’s the fierce lead guitarist of the Muslim punk band Lady Parts in the hilarious and lovable British sitcom We Are Lady Parts.

Zoey: The polished and put-together eldest daughter on Black-ish, and the lead character’s namesake on Zoey’s Extraordinary Playlist, Zoey remains a popular pick for baby names year after year.

Anthony: Season 2 of Bridgerton is all about the family’s first born son. We predict the coming months will be all about the Viscount, and a big boom in this classic Latin name that means “priceless one.”

Crosby: Consider this a throwback entry, calling on the network dramedy Parenthood. Crosby was the youngest Braverman sibling, a one-time screw up turned pretty likable guy.

Diego: This Umbrella Academy character may be bullheaded and impulsive, but he’s loyal to his family and committed to the cause.

Jamie: There are plenty of worthy characters named Jamie on the small screen, but Claire’s love interest in Outlander shines above them all.

Jesper: On the hunt for a unique name? Consider Jesper, the slick sharpshooter from Shadow and Bone.

Johnny: Say what you will about Johnny Rose of Schitt’s Creek fame, but beneath all that awkwardness lies the heart of a truly good man. What more could you ask of a namesake?

Luke: Luke Cage may have faced the chopping block, but its steely, good-natured character can live on through your little one.

Michael: What’s not to love about this classic name, made all the more lovable by Ted Danson’s supernatural character on The Good Place? (Plus, The Office fans know and love it, too!)

Otis: Channel this sensitive and open-minded character from Sex Education with a name that also means “wealth.”

Paxton: Paxton is a name as dreamy as his character in Never Have I Ever. Paxton actually works as both a boy or girl name and means “peaceful town.”

Rip: Very little explanation is needed for this one to Yellowstone fans. It’s a very particular case of “IYKYK.” But if you need further convincing, Rip actually means “strength.”

Sam: This sweet name is as charming and affable as its Marvel namesake, Sam Wilson, otherwise known as The Falcon. Tender-hearted and loyal, The Falcon and the Winter Soldier hero lends this name nothing but good vibes.

Simon: We’re predicting a boom of babies named Simon, after the world’s collective swoon post-Bridgerton. There’s no denying the dashing Duke of Hastings, the rakish Simon Basset, nudged this vintage name back into the public eye.

This article was originally published in June 2021. It has been updated for timeliness.

Our budget-friendly fall capsule in action! Our co