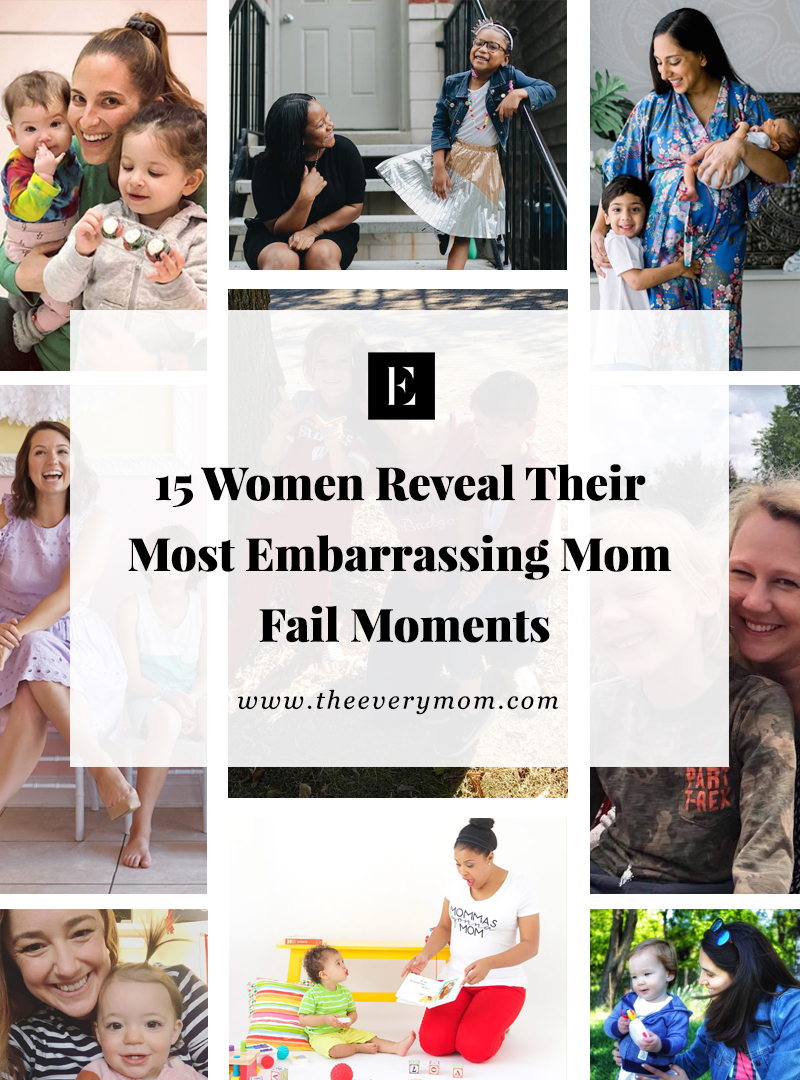 While motherhood may sometimes look easy and idyllic on Instagram, we all know that, in real life, being a parent is often crazy, messy, and stressful. We all try our hardest, but in those moments when you accidentally forget to strap your baby into her stroller, swear in front of your toddler, or send your child to school without a shoe, please know you are not alone.

We recently asked 15 mothers to share their most embarrassing mom moments with us and, frankly, their answers did not disappoint. Keep scrolling to read some of the most relatable mom fails we’ve ever published on the site. And the next time you experience your own mom fail moment, remember: we’ve truly all been there! 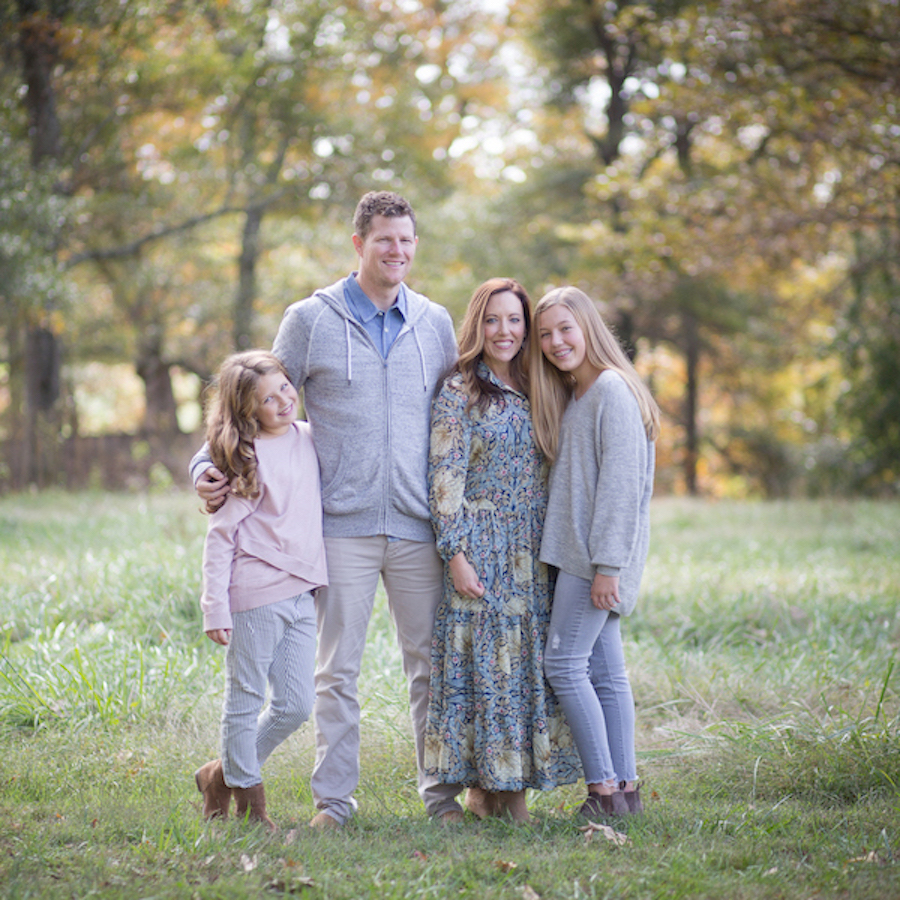 I think the all-time winner is probably the time when Riley was about 9 months old and fell asleep in the car on the way to dinner. My husband, Todd, and I transferred her from the car seat to the stroller, but didn’t strap her in. Half way through dinner, a gentleman tapped me on the shoulder and asked, “Ma’am, is that your baby on the floor?” 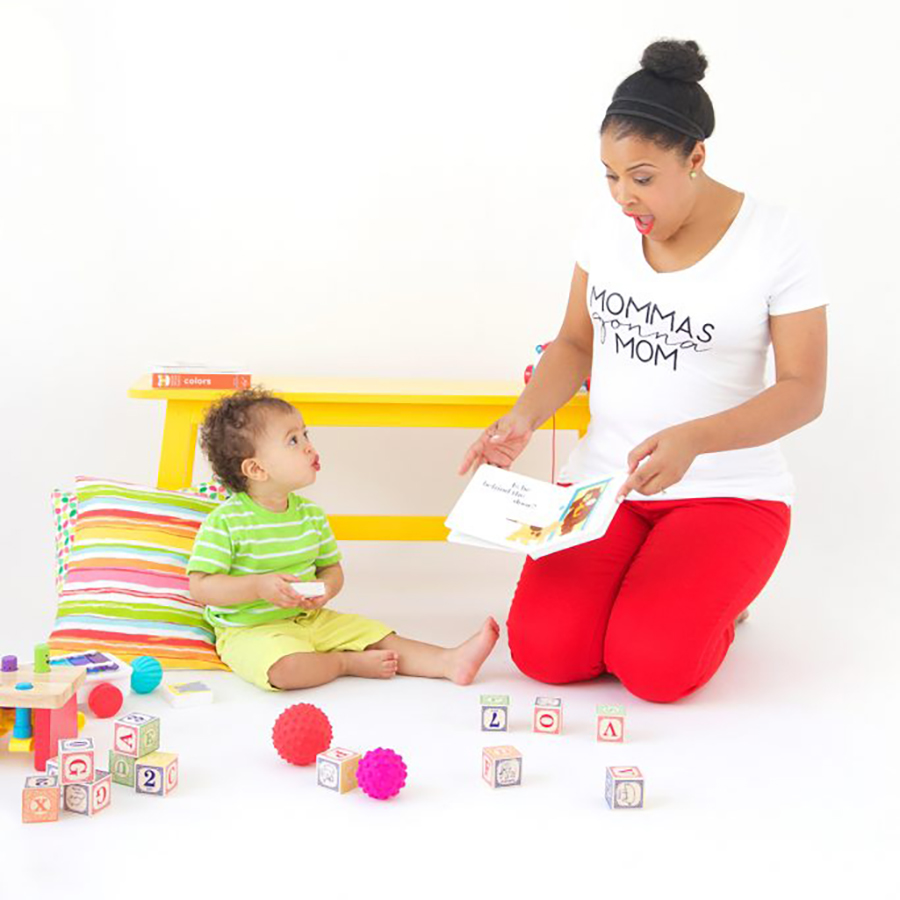 There was a period of time when Markus would stall bedtime by telling us he had to go “poo-poo.” As many moms know, you can ignore most stalling techniques, but the call for poop must be answered. But each time he would sit on the toilet pretending to poop… and nothing would happen. On one particular night, punctuated by extreme mommy exhaustion and impatience, I just couldn’t take it anymore and, after a solid 15 minutes, I said in a very stern voice, “Markus, you need to shit or get off the pot!” No one was around to hear this–which probably makes me crazy for retelling the story–but it happened. I’m not proud. There’s definitely truth to that old saying, but I’m pretty sure it wasn’t meant to apply to [toddlers] refusing to go to bed. 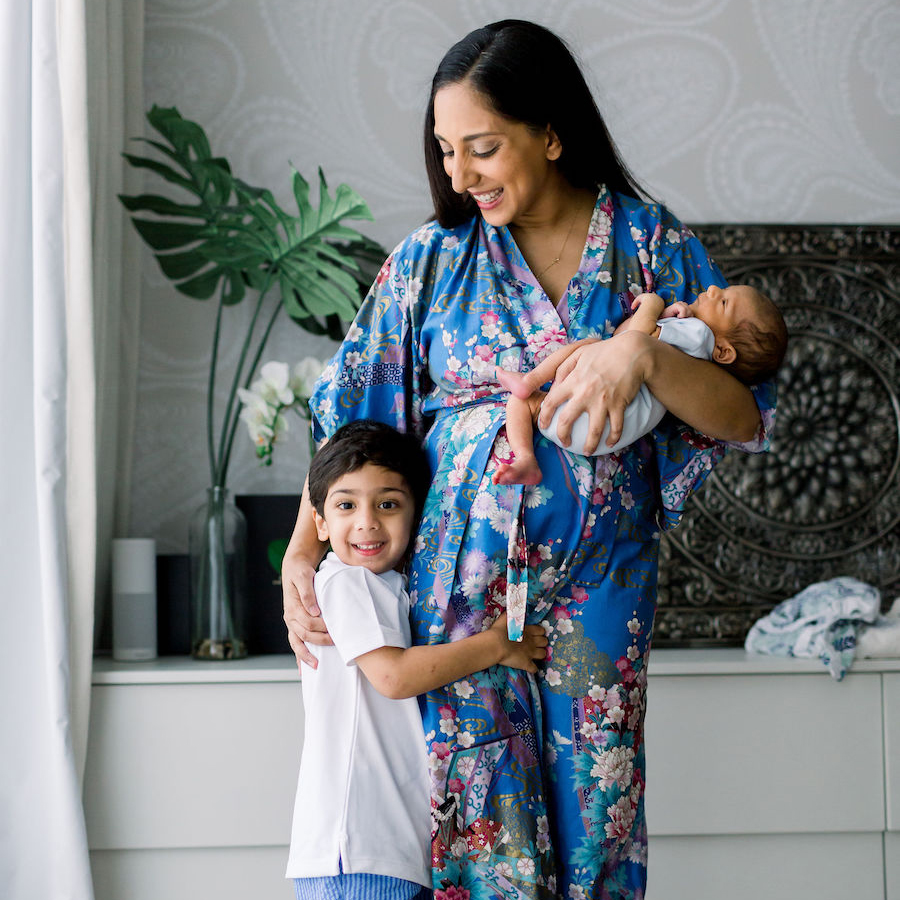 When Rho was 18 months old, the front wheels of his stroller got stuck between the subway and the platform and ended up falling into the tracks. I had to wheel Rho home on just the back wheels, which was slightly mortifying. But it was a great arm workout! 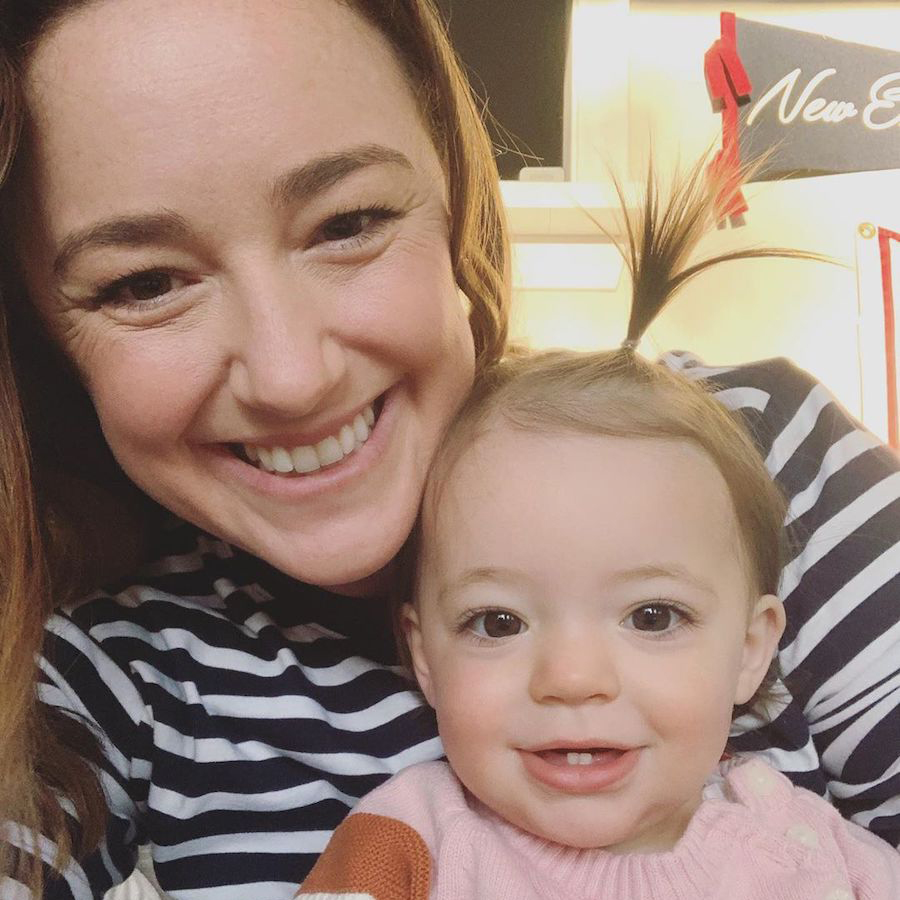 Any time my daughter sees a wine glass, she points and yells, “MAMA!” 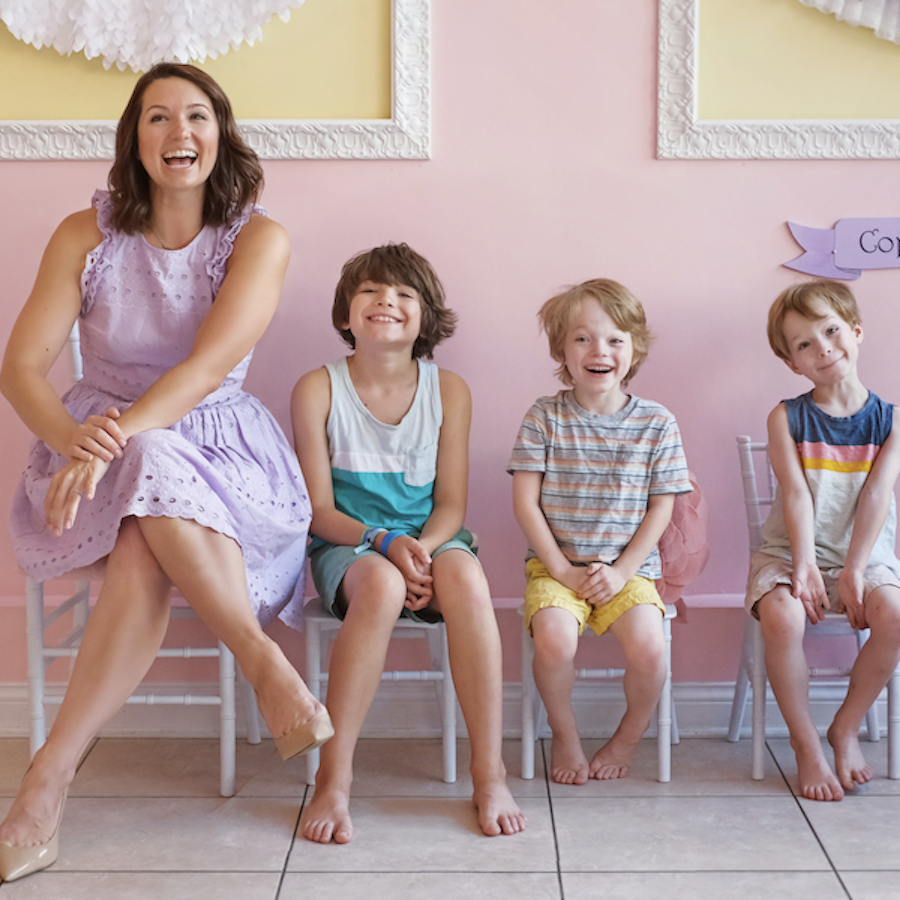 I once went to pick Hudson and Thatcher up at preschool and asked Thatcher where one of his shoes was. The teacher gently and sweetly explained that, actually, I had dropped Thatcher off only wearing one shoe. 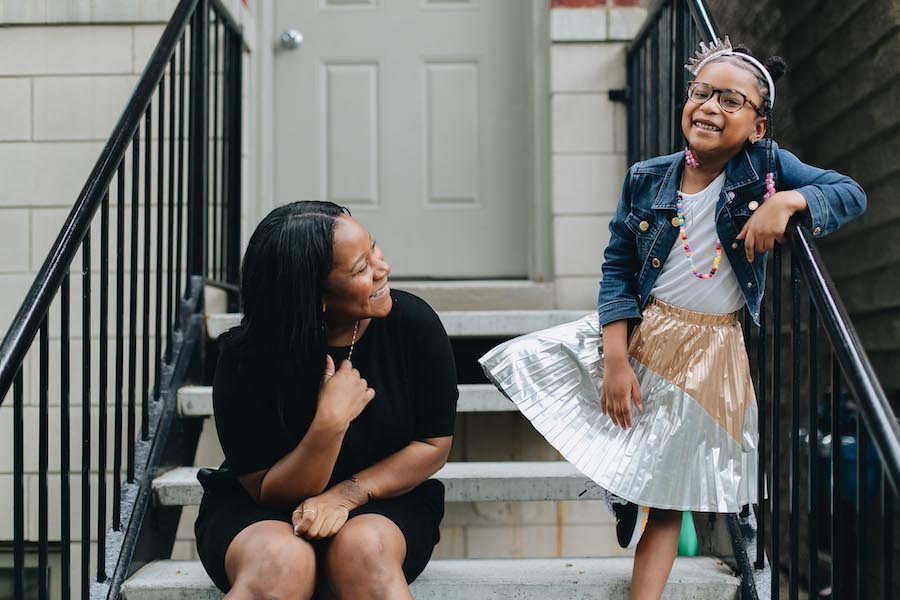 Most recently, I was on a Bird scooter and fell off. I fractured my ankle and ended up having to have surgery. I’ve been in a boot for a month. When Parker finally understood what happened, she asked if I fell off a scooter just like hers, and if so, I have to be more careful like she is in the park.

Amy Walberg—Mom to Paige and Colin 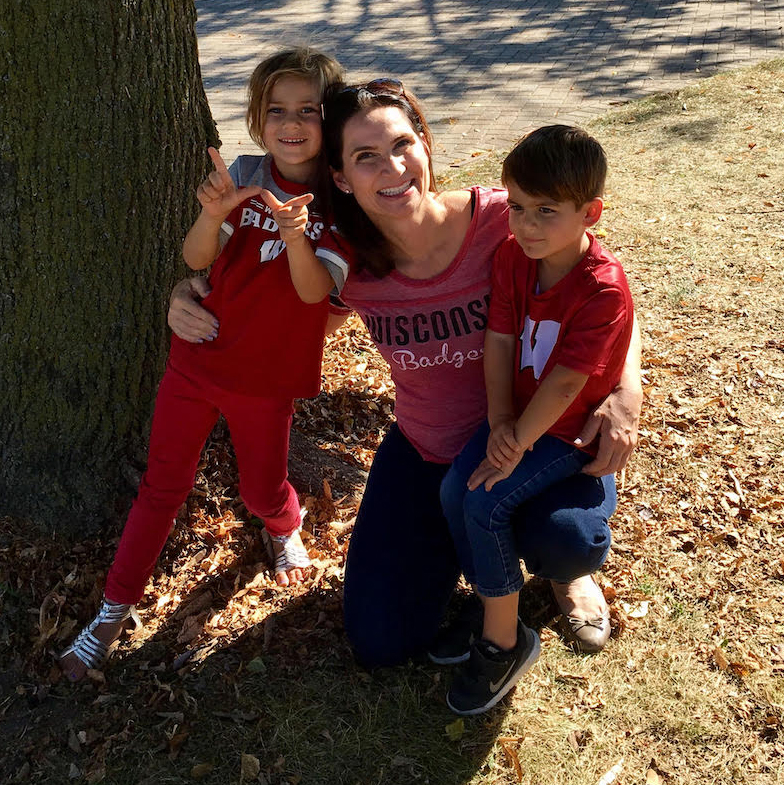 The other day, I looked everywhere for a brush to comb Paige’s hair and couldn’t find one anywhere, so I ended up using a fork. No one saw it, but now you all know. 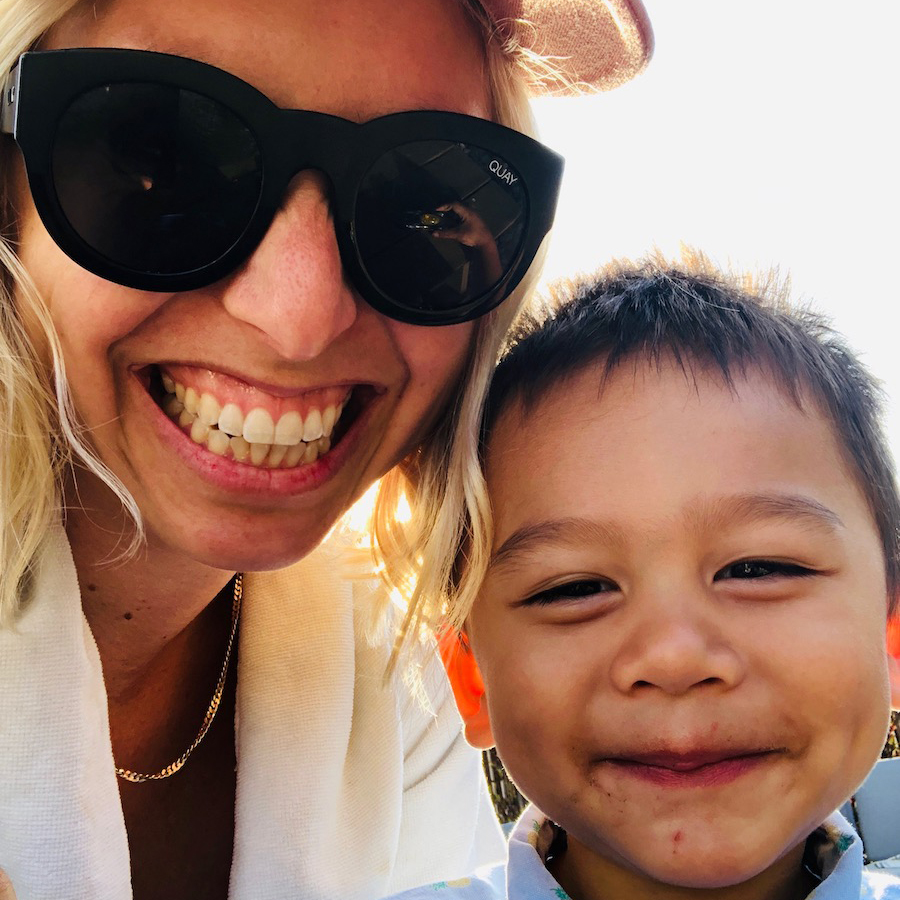 I think Remy profiles me as a tall blonde, so he regularly goes up to other tall blonde women and asks to be picked up. 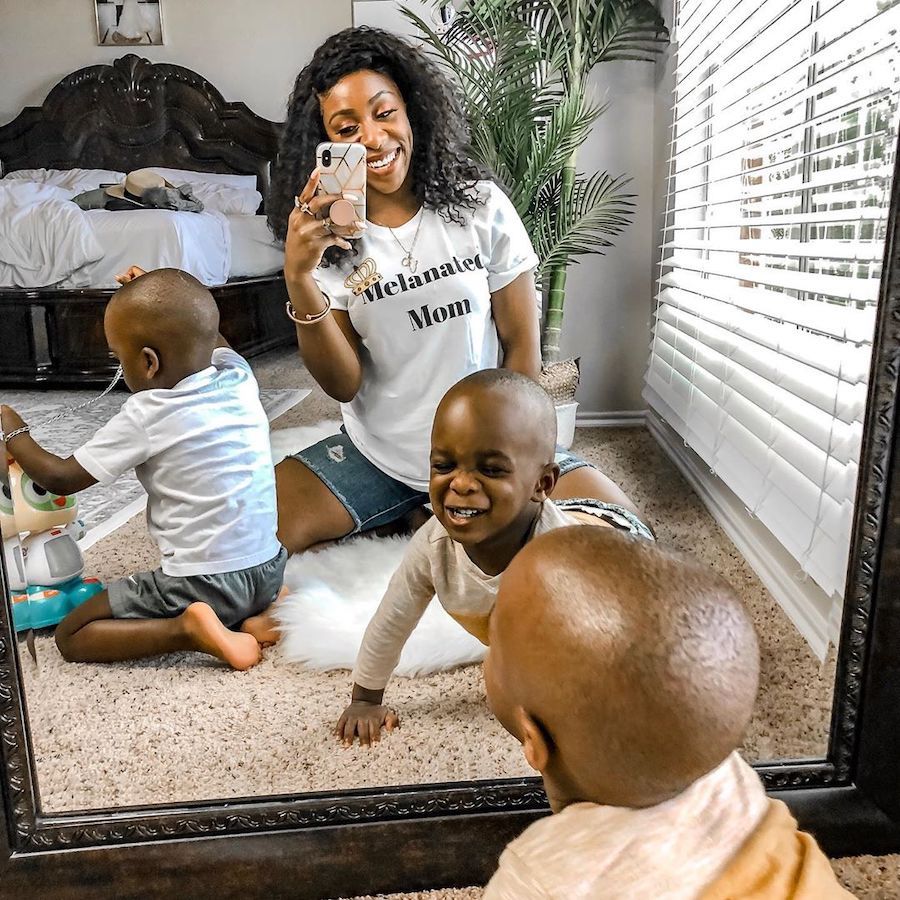 One day, after picking the boys up from daycare, I buckled my son Kezie in his car seat and, just as I was settling into the driver’s seat and started the car, my oldest son, Gozie, proclaimed, “It’s broken, mommy!” I forgot to buckle him into his seat too. At least he knows he needs to be buckled in and speaks up!

Ashley Ortiz—Mom to Scout and Luna 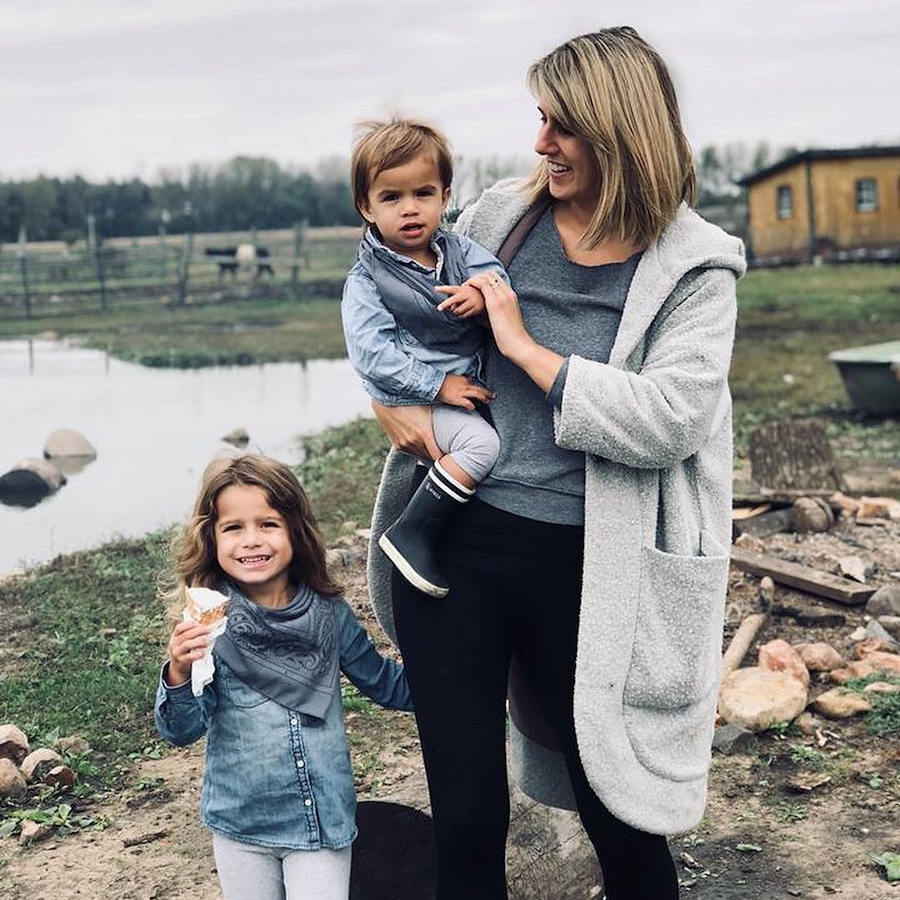 When we were out to dinner once with friends, Scout peed at the restaurant under the table. It was fine, our friends understood, but it was one of those potty training things where we thought she was good, but she wasn’t!

Amanda Gibson—Mom to Spencer and Stella 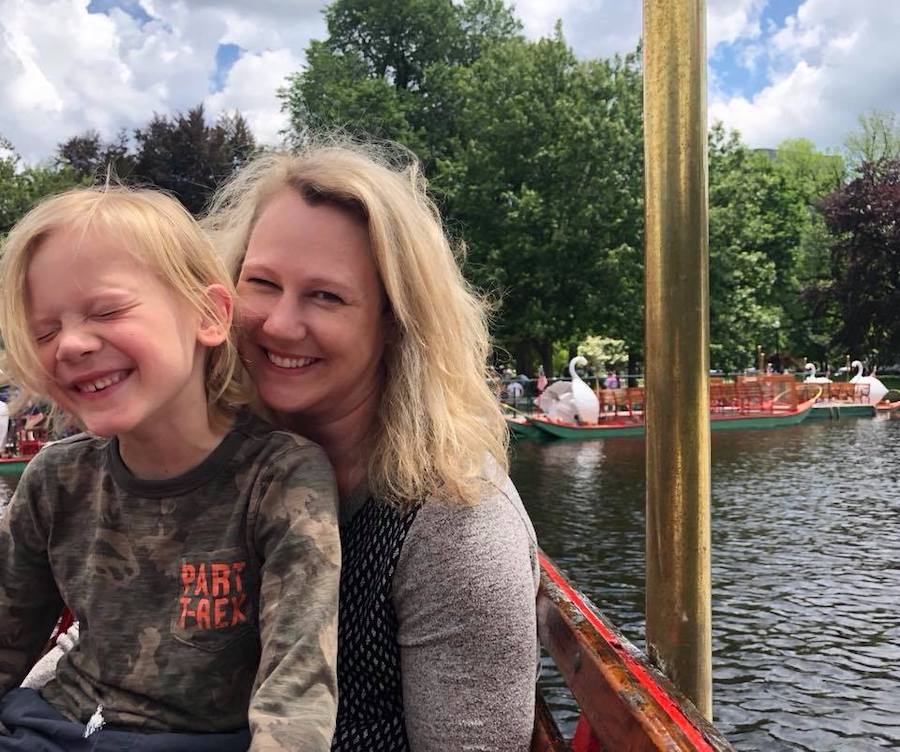 About a year or so ago, our daughter was, ahem, stopped up. So I took Spencer to the grocery store to get remedies: prune juice, bananas, prunes, the whole shebang. As the cashier is ringing everything up, Spencer says to her, “Stella can’t poop.” Moms deal with oversharing on the daily, so I just laughed it off, but the cashier was mortified and her mouth just dropped open, which actually made me more embarrassed. Maybe she thought I was Stella? I probably should’ve clarified that one. Whoops. 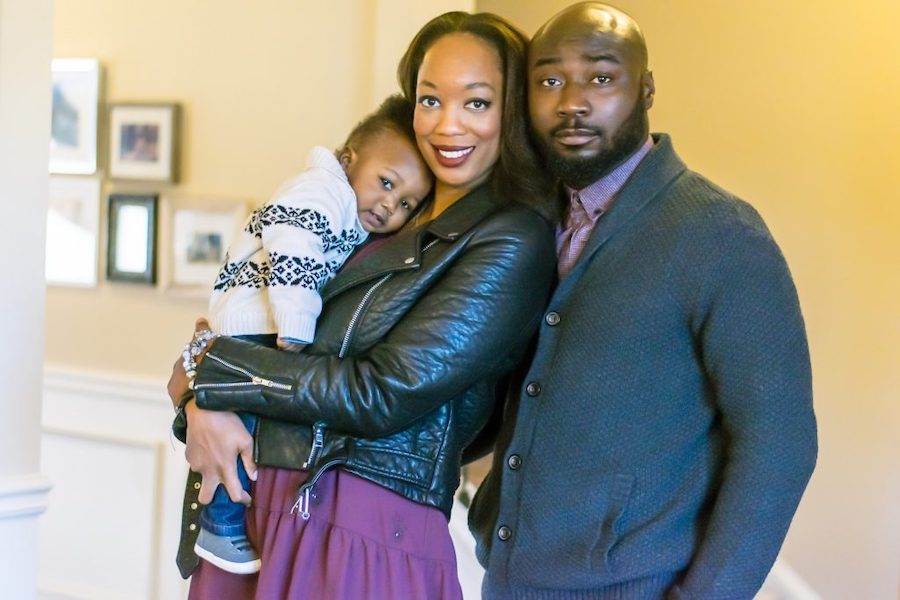 [I once leaked] breast milk through my bra and shirt AND jacket at the grocery store. I was literally only there for 30 minutes.

Melissa Ben-Ishay—Mom to Scottie and Lennie 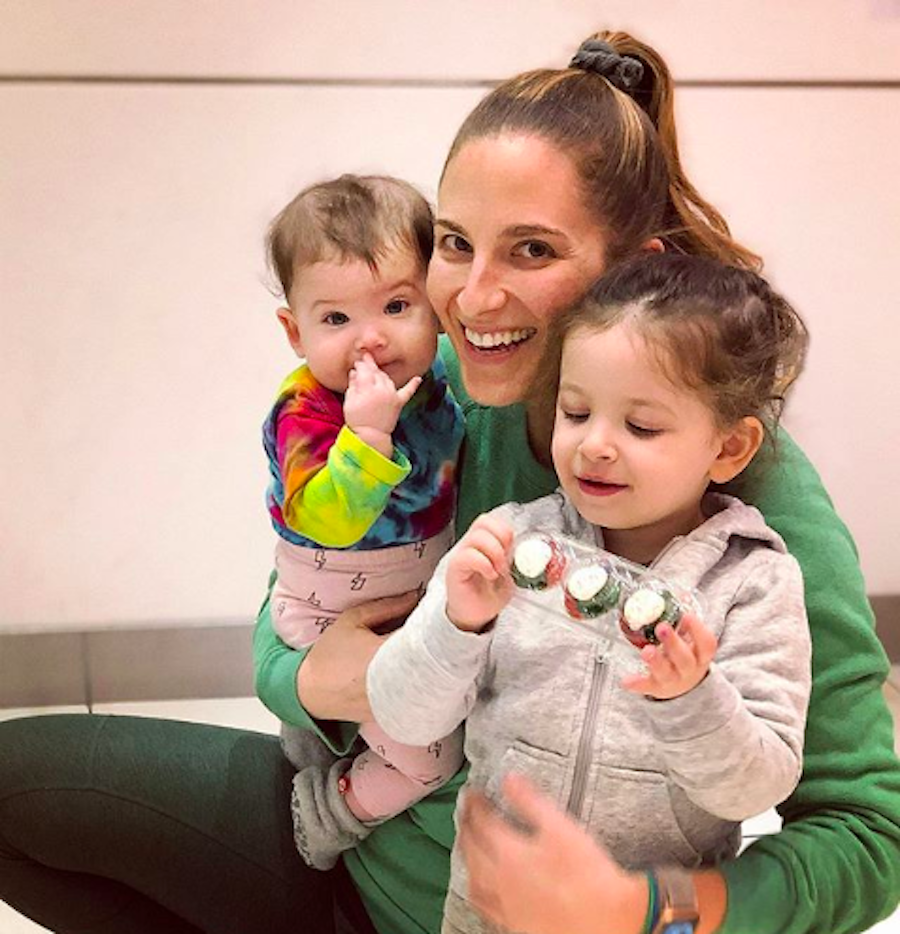 My husband gave my daughter her first haircut, and she looked like a boy for the next six months. He mentioned doing it like a week before it happened, and I remember thinking to myself, “I’ll pick my battles. I’m not going to say anything because he’s not really going to do it.” But I came home from a full company, store, and employee meeting to see my 6-month-old little girl—she had long hair, so much hair!—with a mushroom cut. That was the angriest I’ve ever been at my husband. 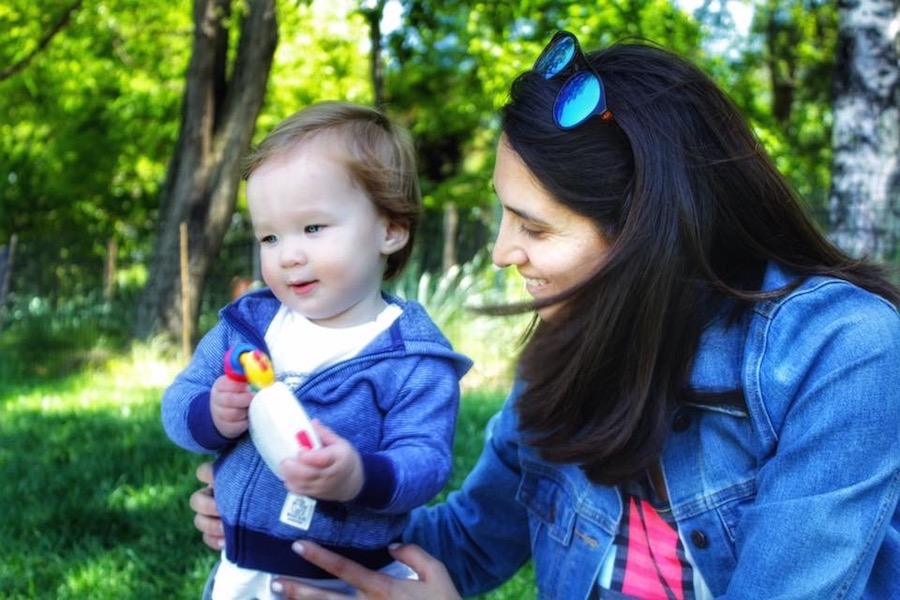 When Wilder was just a few weeks old, I attempted to take him to the store and he screamed so much on the street people actually came up to offer me help. 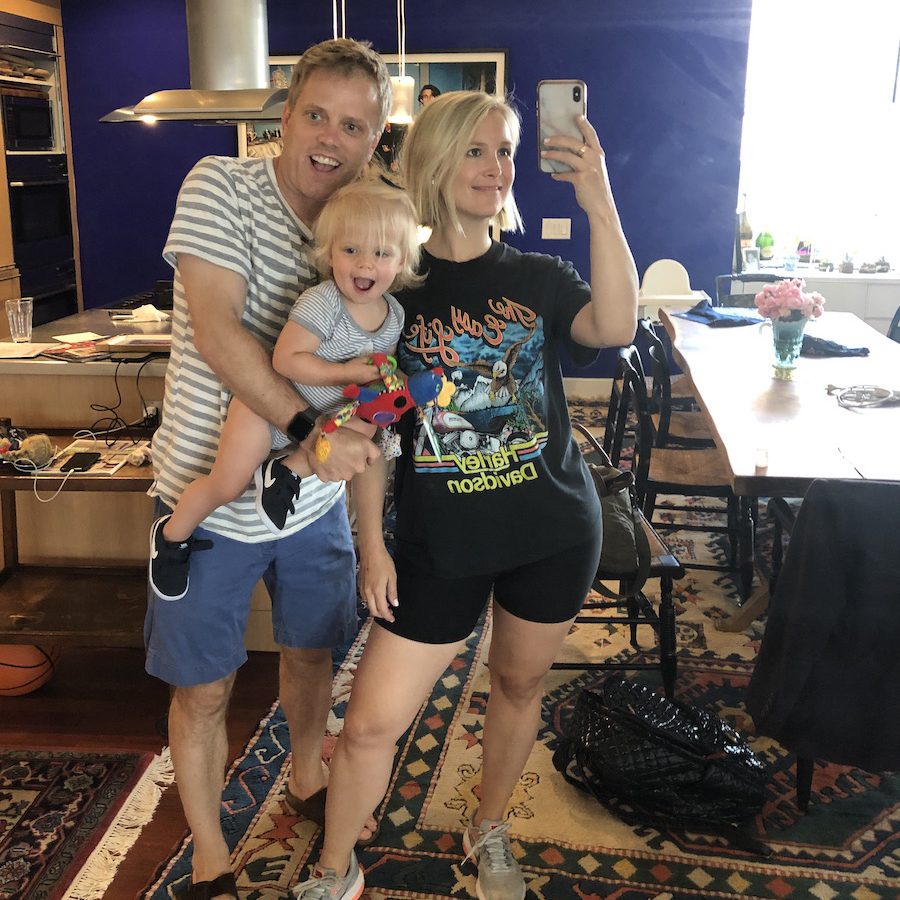 I usually take Fridays off, but a few months back, I was scheduled for a meeting on a Friday (and she knew I was going to bring my daughter Stella). So, Stella was sitting on my lap toward the end, and all of a sudden I felt something warm. She had peed through her diaper onto my lap. My jeans were soaked. Needless to say, I had to cut the meeting short. The woman was very nice about it, and we have remained in touch!

This article was originally published on November 19, 2019, and has been updated for timeliness. Some ages and other details included within this story reflect its original publish date.

Read More: Hiding Under the Covers to Eat Doritos—And More Honest Confessions From My Pandemic Marriage