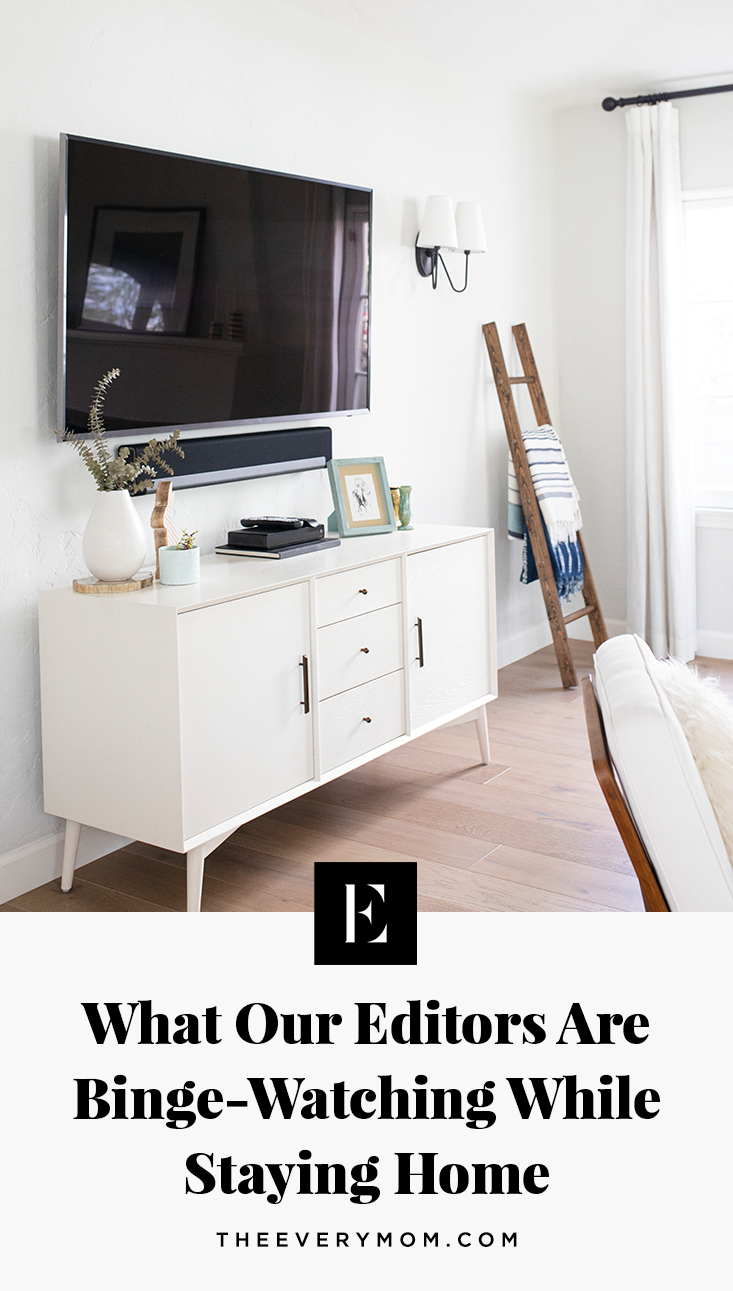 I’m not sure whether I’m watching more or less television right now, but I can assure you my kids are watching more (thank you, Disney+ and PBS Kids!). But this list isn’t about them.

After the kids go to bed, it’s nice to find some elements in our routine that haven’t changed, like sitting down on the couch after bedtime and binge-watching a new series. (That is, if we’re not comfort-watching reruns of Friends, The Office, or Gilmore Girls.)

Here are eight shows our editors are watching now we have more time at home.

Jon Favreau and chef Roy Choi come together with other renowned chefs and celebrity friends to make food together and enjoy good conversation. As the crew visits restaurants and festivals, we can’t help but miss the simple joy of going out to eat.

Where to Watch: Netflix for Seasons 1-5

A team favorite, Schitt’s Creek is in its sixth season, leaving you with plenty of episodes to binge-watch for the laughs and the light-heartedness we need right now.

Season 2 left Miriam with an incredible offer, and we see dreams (and challenges) coming to fruition for her, Susie, and Joel in the recently-released Season 3. The show continues to be colorful, musical, and fun.

If there was ever a title that feels like my life right now, this is it … but seriously, the limited series is so good. Based on the best-selling book by Celeste Ng, Reese Witherspoon and Kerry Washington star as main characters—disparate mothers, Elena and Mia.

Where to Watch: Hulu, NBC

An emotional, feel-good favorite, This Is Us continues to delight fans—and make them cry—in every episode. The show is in its fourth season on NBC and can be streamed on Hulu.

Patriot follows intelligence officer John Tavner (AKA John Lakeman) on a mission to stop Iran from going nuclear. Though dark at times, the quirky show offers plenty of comic relief thanks to John’s budding office bromance, good-intentioned brother, and propensity to sing about his life’s struggles with radically honest folk songs he street-performs.

We’d be remiss if we didn’t admit to binging on this highly buzzed-about Netflix series. A twisted truth-is-stranger-than-fiction story that you need to watch to believe—and to better understand so many of the memes currently floating around the World Wide Web.

Read More: 14 Shows to Binge-Watch on Maternity Leave (or Anytime!)